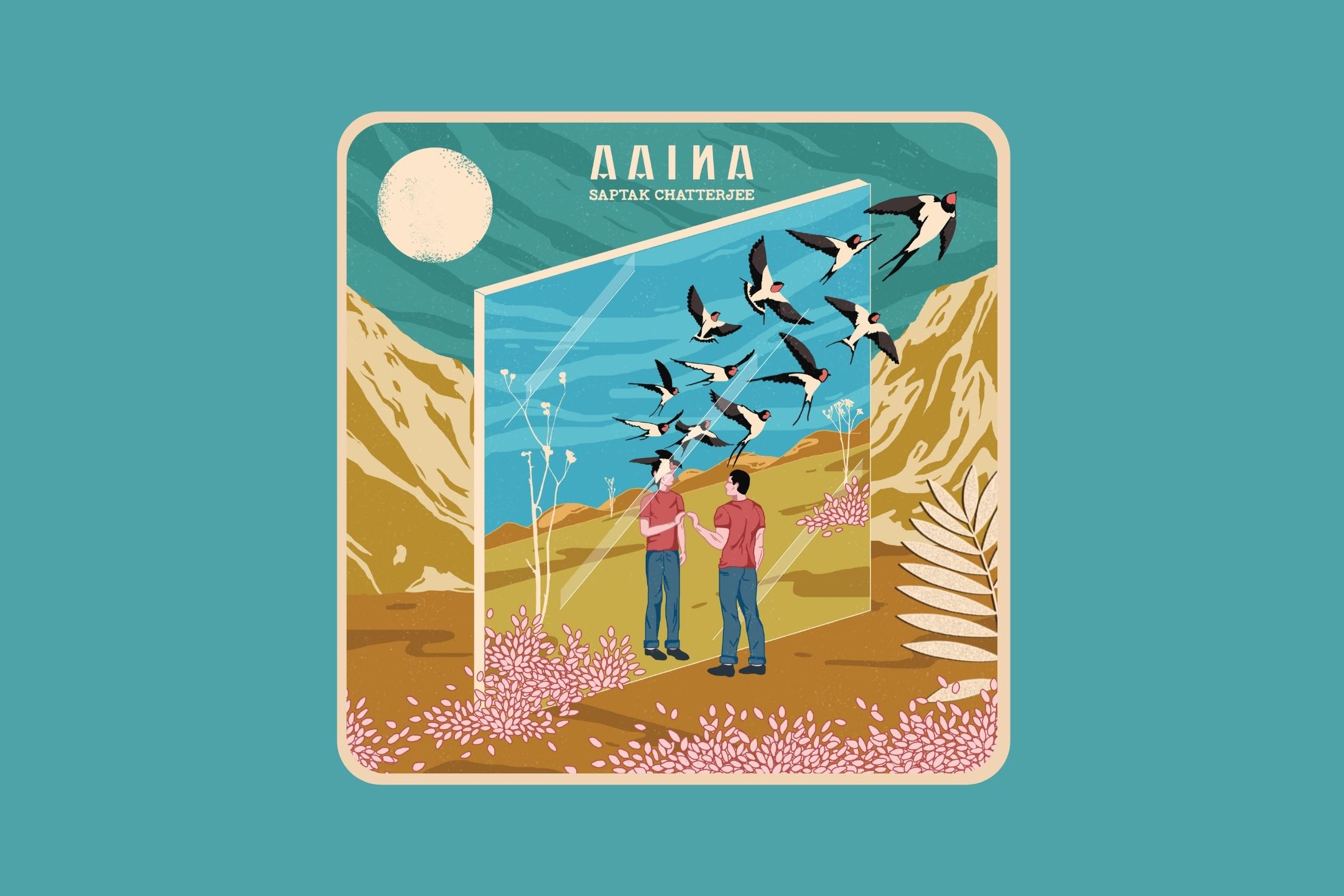 Among the dependable voices of fusion based out of New Delhi, producer-singer and composer Saptak Chatterjee clearly knows the importance of finessing every second, every flourish of music he writes.

In the works for two years, the artist’s new album Aaina bursts with so many wondrous moments of what it means to explore and interpret Indian classical music influences over modern pop and rock arrangements. The opening title track shimmers with rock and layered electronic production, even as Saptak breathes in a sense of cinematic-ness.

Right off the bat, the artist conveys a seemingly effortless style of music, best heard on breezy and buoyant songs like ‘Paheli’. It’s no wonder it’s become the go-to fusion track from the album that everyone has lauded Saptak for—he packs in playfulness and exhibits songwriting mastery. The rock-leaning ‘Pehra’ mixes ambient portions with classic guitar leads, with Saptak’s impassioned vocals at the centre. It sounds as if it’s straight out of a Bollywood film soundtrack, but in the way that a really well-thought-out lead track would be, not one of those radio-friendly chorus-obsessed tunes.

There’s synth as the bedrock for ‘Kaam Dhaam’, which offers a different kind of pace (perhaps to reflect the lyrical themes addressing the rat race) and it unravels into a soulful electro-rock ballad of sorts. As far as offering his advice goes, ‘Yaadein Banate Hai’ is as succinctly put as they come. Singing about memories and friendships, Saptak makes the listener savour the build-ups, only to dip into folksy, acoustic guitars and a sing-along vocal melody. It’s a different turn once again compared to what’s come before, but placed at the centre of the album, it serves a good bridge between the pop side of the musician and his proclivity for fusion.

There’s a simplicity to ‘Kinare Pe Khada’, which sounds like a song for the wanderers, with its echoey chorus. It might feel like a bit of a letdown to anyone excited by Saptak’s more intricate songwriting, though. For anyone fully invested in the latter side of the artist, songs like ‘Kyun’ and ‘Sun Zara’ do not disappoint, offering up rock riffs and driving home a sense of urgency that’s ready to take over arenas. But then, he also covers more ground with an acoustic, piano-led version of ‘Kyun’ and duets with vocalist Vipasha Malhotra for a heart-warming version of ‘Yaadein Banate Hai’, turning it into a song for every wedding after-movie.

The ease with which Saptak Chatterjee jumps from one melodious strain to another shows he really doesn’t have anything to prove to anyone on Aaina. He’s worked with everyone from Advaita to Indian Ocean to electronic artists such as Anhad + Tanner and the Anirudh Varma Collective. Instead, he just settles down with his own craft and certainly has fun with it.