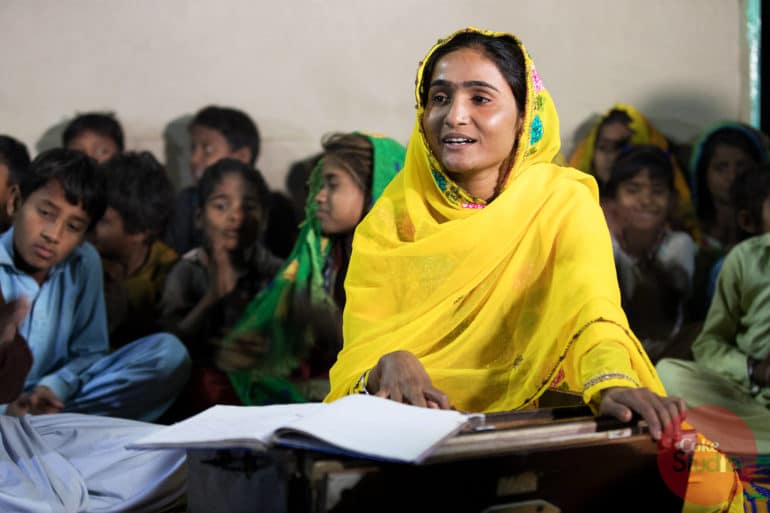 A strong episode after the dip in form: Coke Studio Season 11 Episode 8 Review

After a really disappointing effort in Episode 7, Coke Studio Season 11’s episode 8 has three beautiful songs, all great in their own right.

Asrar Shah, Vishnu and Shamu Bai collaborate on ‘Wah Jo Kalaam’, a stripped-down Sindhi folk song. Shamu plays the harmonium, Vishnu is on the tabla, and Shah strums the guitar. The three are seated close in an intimate setting, which is not usually the case on this stage. This is welcome in this song, which is a collaborative effort throughout and enhances its appeal. The vocal prowess of the brother-sister duo Shamu and Vishnu (Exlorer discoveries) is brilliant to witness. From the start, the song’s vibe is clear and it transcends through to the entire track. Its stripped down, it has soul and it connects with the listener.

Noor Jehan’s ‘Luddi Hai Jamalo’ is recreated on the Coke Studio stage through Ali Sethi and Humaira Arshad. Everyone involved with its production absolutely hit the ball out of the park here. Fans of the original might not enjoy this as much but if someone listens to it without any former bias, this song is marvellous. The amalgamation of Punjabi folk with the disco sound, transporting back to the desi 80s film era works wonders. The dholak and violin are integral in creating an intriguing soundscape for Sethi and Arshad, and the duo delivers the song with finesse.

Another product of the Explorer series, Mishal Khawaja makes her debut on this episode, singing alongside Bilal Khan. ‘Apna Gham’ is a very modern and melodious composition that can seamlessly fit in a film. Bilal Khan composes a melodious composition. The producers create a funky soundscape in the second half of the song, which suits the singers’ breathy vocals. The song might not offer anything exceptional in terms of instrumentation or the melody but its simplicity is what is attractive. ‘Apna Gham’ has been executed extremely well.

Simplicity and strong melodies — this episode is an absolute winner.