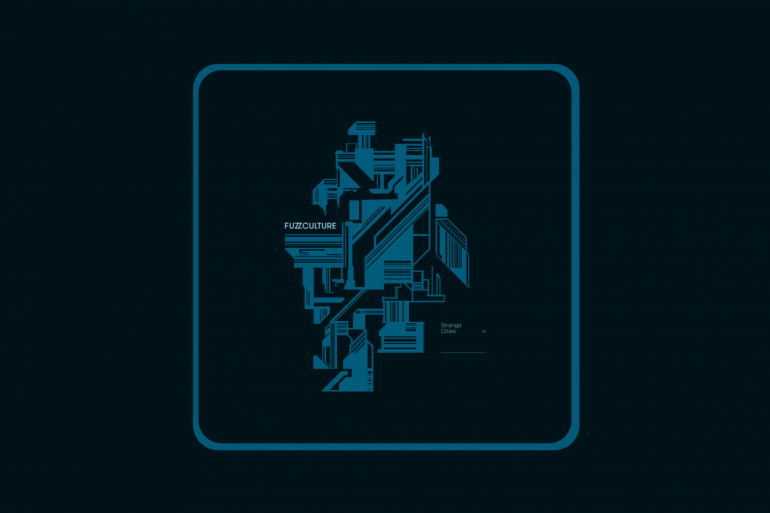 Home is where the heart is. For Arsh Sharma, it’s right where the music is. The electro-rocker had his band-mate leave, shifted base from Delhi to Mumbai and saw a pandemic stifle the indie music scene. But amidst all that, Sharma dove deep into some fresh sonic finds for FuzzCulture. The result is the new EP Strange Cities.

Released first exclusively on Apple Music, Strange Cities is the EP on FuzzCulture’s discography and their first release since 2019’s album Escape To Where You’re Wanted. Only this time around, the group is a one-man show with mate Srijan Mahajan (of Parikrama, Cyanide & Half Step Down fame) heading for the exit. Thus, Strange Cities sees Arsh Sharma delve into all aspects of the project. From production duties, mixing, mastering to songwriting – he finds himself at the helm of it all.

With change being the prominent theme that shaped the project, the EP undoubtedly sees a shift in style for FuzzCulture. Led a lot more by lyrics than before, the 5-track EP sees Arsh Sharma fuse electronica, dance-pop, synths and personal observations.

The EP opens with ‘Nicotine’, a dedication to quitting cigarettes or as Sharma croons about it as the ‘poison kiss you need for survival’. A groovy, up-tempo track with jazz samples, the song also comes with a music video. The title track ‘Strange Cities’ follows with pop-rock guitar hooks, synth explorations, earwormish grooves and slightly aching lyrics. Much like its name, ‘Strange Cities’ can be thought of as Sharma’s musings in a new and strange city.

Arriving next on the tracklist, ‘Brief Encounters’ acts as an interlude on the EP. Its dreamy, mellow vibe takes the listener through a gradual progression towards the last two uptempo tracks. ‘Starlight’ beams in as a tale of love between a human and an alien. Intergalactic romance and heartbreak brew through Sharma’s lyrics “I know you’re worried that it’s time to leave / But your earth just wasn’t meant for me.” The EP ends with ‘Mr. Murder’, a dancy pop track on the surface, but with lyrics dealing with darker themes.

Strange times call for strange measures. With Srijan Mahajan’s exit, a shift in sound was inevitable for SuperFuzz. And while Arsh Sharma may have taken the onus on him to navigate through this time of change, not much changes. On Strange Cities, dance grooves mix with melancholia, space pop flirts with electronica and quintessential FuzzCulture sound booms – yet the EP fails to stand out as a unified thematic project.

Strange Cities ends up restricted as a result of the strange circumstances it was created in – a global pandemic, internal band conflict, shift in identity, etc. Hopefully, it is just a slight blip or an interlude towards fuzzier and more fun releases from a fresh new version of FuzzCulture.