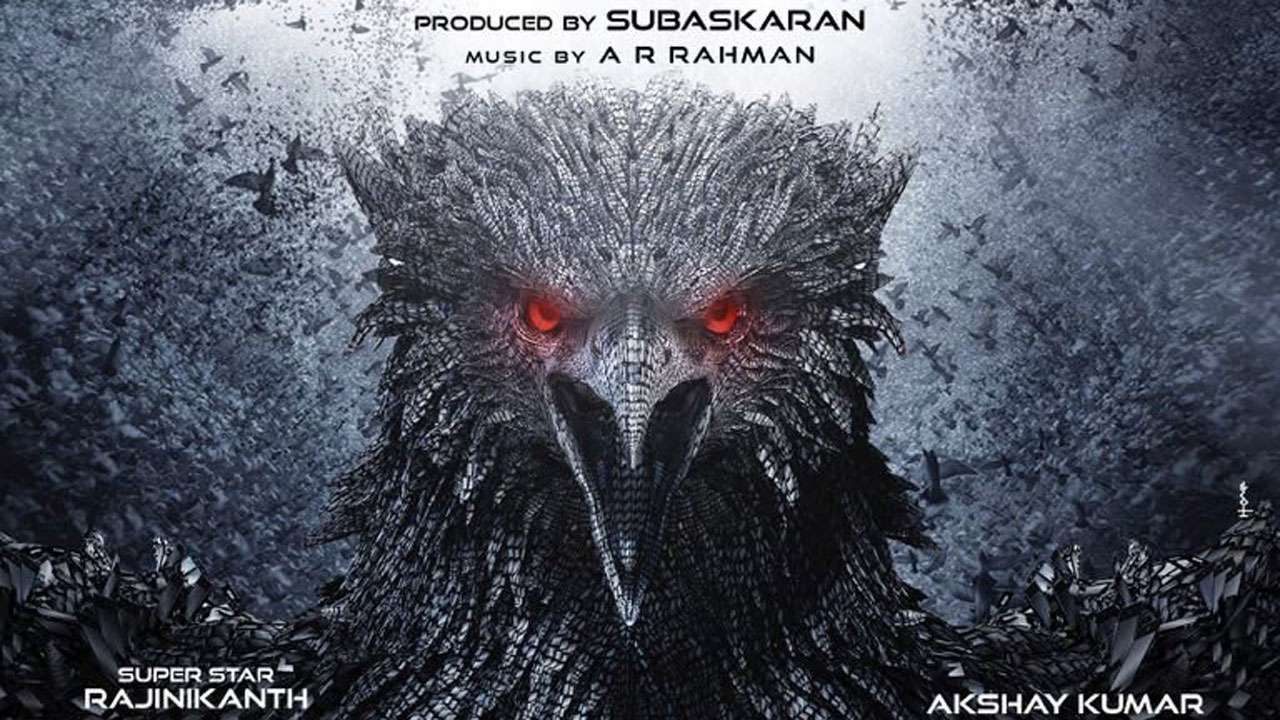 2.0 – A Rahman soundtrack that won’t grow on you

The Indian diaspora is a ridiculously lucky one vis-à-vis consumption of local music. The 60s had the RD Burmans and Baburajs; the generation that followed had Ilaiyaraja. Millennials have Rahman. Kids who grew up in the 90s and 2000s, deprived of the luxury of the internet, would await with bated breath, the next Rahman soundtrack. Quite a few of us would follow his South Indian ventures as well, despite not being privy to the language involved. Just for the love of him. And then, Rahman evolved, and rightly so. Unfortunately, we didn’t. A bunch of kids stuck in their childhood, wanted him to not reinvent and just reiterate and replenish his idea of pop. 90s pop. Was he wrong in wanting to move on? No. Were we wrong in wanting the same Rahman that we grew up with? No. Catch 22.

This has led to most of Rahman’s recent ventures not finding many takers, despite many of them being decidedly unique in sound and scape. The maestro, who’s been mostly composing for Tamil tentpole affairs of late, has also been found to recycle himself. 2.o, director Shankar’s latest juggernaut starring Rajinikanth and Akshay Kumar, is no different. The film, a sequel to Shankar’s Endhiran has a mere three songs, all reminiscent of Rahman’s own acclaimed soundtrack for the prequel.

‘Endhira Logathu Sundariye’ is as much a sequel to ‘Pudhiya Manidha’ as the film itself. The song, laden with electronica and autotuned voices is a strictly forgettable affair. Rahman has also borrowed from his own ‘Yakai Thiri’ from ‘Aaytha Ezhuthu’ probably to appease the aforementioned millennials. This inadvertently leads to the song sounding heavily dated. Sid Sriram and Shashaa Tirupathi, both extremely accomplished vocalists, are dispensable, unfairly enough, courtesy the weak melody.

‘Raajali’ an elementary cousin of ‘Endhira Logathu Sundariye’ is a far better composition. Though not particularly inventive, the song deserves due credit for being effectively infectious. The song, though again spiritually in tandem with the Enthiran soundtrack, might also remind one of ‘Taxi’ from Sakkarakkatti and ‘Magudi’ from Kadal. As is with Rahman, even in his repetitiveness, the man manages to be inimitable. Blaaze and Arjun Chandy are evidently having fun, with Sid Sriram for company.

‘Pullinangal’, best of the lot, is a love ballad that thankfully steers clear of the somewhat grating ‘sonic robotics’ of the other two tracks. The song, however, reminds one of ‘Mei Nigara’ from 24 and ‘Pookkalae Sattru Oyivedungal’ from I, both Rahman’s better-received melodies in recent times. Pleasant on the ears, the song eases in on its orchestration and works primarily because of its minimalism and simplicity. However, lead singer Bamba Bakya, who also made an appearance in Rahman’s recent soundtrack for Sarkar sounds out of place in a song that one might picture in the voice of a Benny Dayal or Sid Sriram.

Perhaps, Rahman decided to primarily take inspiration from the film’s prequel to brush up the audience’s memory and at that, the soundtrack works perfectly. However, this isn’t the proverbial ARR film with songs that grow on you upon multiple listens. For that elusive soundtrack, we shall keep the perennial wait on.