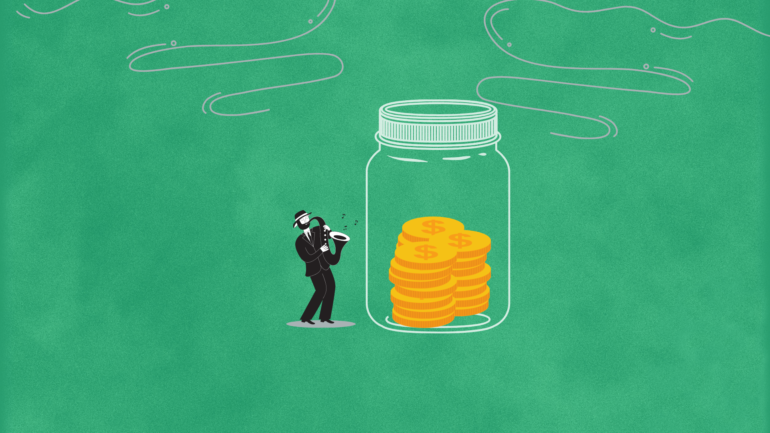 If you wish to support your favourite independent artist, consider not streaming their music

We entered this century on the ruins of Napster, a product that shook the music industry from under its foundations. Then came Steve Jobs with the iPod and a speech up his sleeve, and the viability of making a career in music didn’t seem to be a fantasy anymore.

Since then, music streaming services have provided the most convenient solution for music listening – music you love and the songs you are yet to discover. Platforms like Spotify have been built on technology that facilitates exposure to a wider catalogue of music, where an algorithm lends a hand in sifting through that catalogue. It has simplified the process of listening to music, which is now literally just a click away. But at what cost?

Every few years, a technological advancement leads to chaos before each element of the industry adapts itself to that change. That is the juncture we are at with music streaming. Some might even say it’s already too late. Daniel Ek, CEO of Spotify, is trying to flip the issue and put the adapting at the behest of the artist, not the corporate. In an interview with MusicAlly after its latest financial report on 29 July, Ek claimed that musicians who release music only once in 3-4 years will not survive in the industry’s evolving state. In trying to grow its catalogue, engagement, the time users spend on the app, and thereby, its market value, Spotify seems to be ignoring all that comes between making records – writing, recording, producing, marketing, releasing, promoting, touring. All that, and the perseverance for making good, listenable music.

Spotify wishes that the artists make shorter releases, frequent releases, make playlists on the platform and even sell their show tickets on the platform. Ek has clearly stated that artists who do not actively engage with their listeners will not survive. When a global platform starts dictating when and how art is created, it might be a sign of too much power.

This is not a new strategy adopted by the platform. Over the years, Spotify has brought a seismic shift in release patterns with singles taking precedence over albums, which can be made and released more frequently. Unless your name carries enough weight to bring in the streams on its own, hoping for real success with a new album on a streaming platform rarely works out. That is why a Taylor Swift can drop a surprise 16-track album and get 98m streams in one day on Spotify while most artists out there have to stick to a one-song-a-month strategy. The biggest catalyst for this shift – playlists.

Your song makes it to an official playlist. You get 10,000 plays on the track. Spotify sends a cheerful, congratulatory message to your inbox and a bot stays in touch with you. It’s a colourful image with bold fonts trying really hard to add weight to the relatively small number of streams, which translate into an even smaller amount of money. To put that in perspective, let’s say you have 6000 monthly listeners who have streamed your music 10,000 times. If you were selling this song (let’s assume independently) for INR 20 to the same amount of monthly listeners, you could recuperate the money that went down in recording the track and save enough for a month’s rent. When it comes to revenue from streaming, you would hardly make enough to pay for two meals.

Built on a good product and even better marketing, Spotify is in a position to call the shots and its competitors will abide and adapt. It has so much power over the market and the listener behaviour that it now hopes to mould artist behaviour too. Through its incentives (playlists) and reinforcements (verification tick), it encourages artists to do the promoting for them. The artists built the brand for them. By the time it launched in Indian in early 2019, it was aspirational for independent artists to be on the platform. To be on one of the official playlists might as well have been, and still is, the holy grail for some. Which is why bands like Peter Cat Recording Co. choosing to release their music exclusively on download-based platforms like Bandcamp not only stands out but also makes a lot of sense. Here, they may have fewer takers, but those are people paying actual money for their music.

It has only been a little over a year since the streaming giant entered India, a market where at least three more giants already exist. What seemed like a promising entry into the region with a vast, diverse catalogue of music and the second-highest number of internet connections of anywhere in the world, became an underwhelming one. However, it does seem to have grabbed and held the independent music community’s attention, a base that is also fast growing. It is now increasingly easy and affordable to make sure your music is available around the globe and there really is no need for a major label to come in the way. Label contracts are famously exploitative and complicated which makes this DIY alternative all the more appealing. When it comes with the pop and glam of a platform like Spotify, it even feels successful. This is not to blame Spotify alone for leveraging the artists’ struggle for exposure to build its value. Spotify is the leader in innovation, but others are blindly following suit.

In that same interview with MusicAlly, Ek claims that the constant backlash it receives from artists claiming they are not able to make a sustainable income from streaming are the only ones who get talked about. He believes that there is a whole cult of musicians who are perfectly happy with the money they make from streaming only and most of those who are sad are simply so because of the ongoing pandemic. While the pandemic has definitely aggravated the financial problems for musicians, these grievances are in no way new or its by-product. On the contrary, these are deeply entrenched issues that require immediate action, not half-hearted non-solutions like a tipping jar.

If playlists have to be the normal way of listening to music, the songs that make it to the playlist should make it there not because the artists are more active on their Instagram, but because the song is good and fits the purpose of the playlist.

It’s not outlandish to assume that maybe someday more and more big names would choose to put their music up for digital sales only and avoid streaming platforms, and the smaller and independent artists would follow suit. And maybe then streaming platforms would rise to the occasion and take the steps required to build a system that rewards its musicians appropriately.

As behaviours change and technology adapts, it is crucial that we question it every step of the way – as listeners, as musicians and as businesspersons. So if you wish to support independent music, consider buying music instead of streaming it. The music streaming industry is not ready yet, or willing to, support its artists.