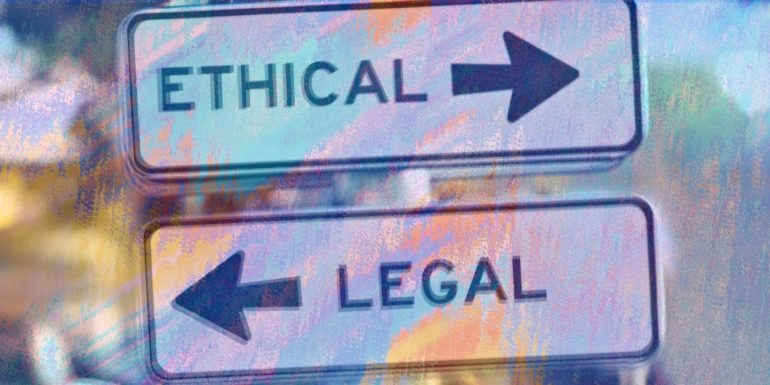 Attending music festivals is cool. Staying silent about systemic abuse and harassment is not

Within the last decade, the alternative cultural industry in India has risen yearly. Climbing from a nascent, budding stage, globally streamed events like Budx Boiler Room now exist while festivals like Magnetic Fields, taking place in Alsisar, Rajasthan, are recognised around the world. With a glut of smaller festivals, dozens of labels, collectives, art fairs and an online-only radio station, there are a host of events to choose from every weekend; an almost endless intake to consume. The scene has built itself out from under a rock to plant a flag in the world’s cultural conversation. Yet, this has been made possible by an egregious structural power system by way of an old boys club who continue to line each other’s pockets with money while remaining silent when their peers face allegations of systemic abuse and harassment.

Despite preaching values of a community, the scene’s bubble has become a pyramid. The top gets even tighter. While touting inclusivity, understanding and togetherness, there has been an overwhelming sense of exclusivity for those on the fringes: women, LGBTQIA+ people, lower-caste and class individuals. This was made even more apparent by the excellent reporting done in The Caravan on Mumbai-based monolithic cultural company Only Much Louder [OML] on their discriminatory practices of harbouring and perpetuating a work culture unsafe for women.

A year before The Caravan reportage on OML and it’s founder Vijay Nair, Sheena Dabholkar came forward on Twitter of her experience at High Spirits Cafe. In particular, she outed the behavioural practices of owner Khodu Irani, and how he used his power in patterns of abuse and harassment. A few months after The Caravan piece was released, cultural publication Homegrown were rocked by their own scandal. Co-founder Varun Patra admitted to having secretly audio recorded a sexual assault against a woman after she came forward anonymously. Patra has admitted to having done the same with other women. Homegrown co-founder and former editor-in-chief Madhavi Menon also stepped down after it was revealed Varsha, another co-founder and Varun’s sister, knew of the incident and decided to deal with it internally. This was similar to OML’s initial response, especially in regards to their founder, Vijay Nair. Eight women at Homegrown quit, putting forward a collective statement of the toxic workplace at the publication.

Often, it’s easier to stay quiet and be well-liked rather than challenge the status quo. This complicity is illuminated within the circles that pull the strings of the scene. The apathy shown by the senior staff at these organisations is a by-product of having investments at stake which allows a cycle of abuse and harassment to be perpetuated. Companies like OML have become integral parts of the structure that has laid the foundations for the scene. The facade and scaffolding that exists now depend on that. It should come as no surprise that there was barely a whisper after The Caravan’s article went live. A handful of shares, retweets and reposts were created. Anyone with any kind of real influence – including musicians, DJs, producers, label-heads, publications, artists – remained silent. Rather than the earth-shattering response an in-depth exclusive report like that should have made, it was met with a shrug.

In attempting to foster a community, criticism has become a lightning rod that never enters conversations. Analysis of the scene and the art within it is usually reserved for social media platforms where you can still find yourself vilified for speaking out against the status quo. Calling out Monica Dogra on Twitter for the timing of the release of her Jungli Warrior’ video and the positioning of lower class and caste people in it comes with the risk of personal attacks from her friends (some with over 1 million Instagram and Twitter followers) and their followers. Raja Kumari, the Indian-American artist, spat a casteist slur in one of her songs. She faced backlash on Twitter from journalists and activists alike. Yet, it wasn’t she who faced any kind of consequences. Journalists were bombarded by her fans and Hindutva trolls while being blocked by the artist on social media platforms. Whether underground or visibly famous, criticism of artists and their work allows for the nourishment of a scene to occur. Dogra and Raja Kumari’s actions depict how the Indian alternative scene wants to keep it a closed loop.

There’s a definite gridlock between doing what’s right and business interests. The lack of female representation across the board tied in with a lack of safe spaces – safe spaces are only safe when all genders, classes and castes are welcome – has created venues like High Spirits Cafe and companies like OML and publications like Homegrown.

The systemic harassment combined with the alleged apathy at places like OML, High Spirits Cafe and Homegrown exemplifies how every single person within the scene, especially those with influence, need to look inwards, towards each other and hold one another accountable for their actions. When they’re friends of yours, it’s harder but when someone is being abused, assaulted or raped due to structural power dynamics, we need to change who holds that power and how they hold it. Putting the onus on a survivor to take things forward isn’t always a viable option.

Another Homegrown will exist. So will another OML. High Spirits is still functioning, and Irani is getting richer. These incidents are blips, seemingly swept under the rug. Several woke-signalling artists have agreed to play at OML’s upcoming NH7 Weekend festivals while preaching supposedly feminist ideals and beliefs on social media. Sure, it’s a lot of money to play in these areas and it gives you huge exposure. But, what if, instead of allowing this broken system to continue to exist, we attempt in some small marginal way to fix it?

If you belong to the alternative arts community in India, you’re mobilised through caste and class privilege to find yourself buying tickets to festivals like Magnetic Fields and Echoes of the Earth. Instead of using that privilege to bring others up and weed out those that use their power for evil, there’s this constant, almost baffling transparent complicity in staying silent. The powers that currently hold the financial, social and cultural monopoly need to speak up and more publicly. You can’t do work in the shadows and not publicly acknowledge issues because of monetary benefits. Real-life human beings are victims. We need to be upholding each other to at least the bare minimum while ensuring the work we do benefits the bigger system rather than feeding into it.

At the end of it all, the apocalypse is here, friends. The Earth is getting hotter. Kashmir has been silenced. We’re all going to either melt in a heat-storm or be washed away by the rising oceans or be jailed for sedition. In the meantime, have that dance, eat those drugs, go to the afters and enjoy yourselves. Maybe look around once in a while, though, and notice the cracks.