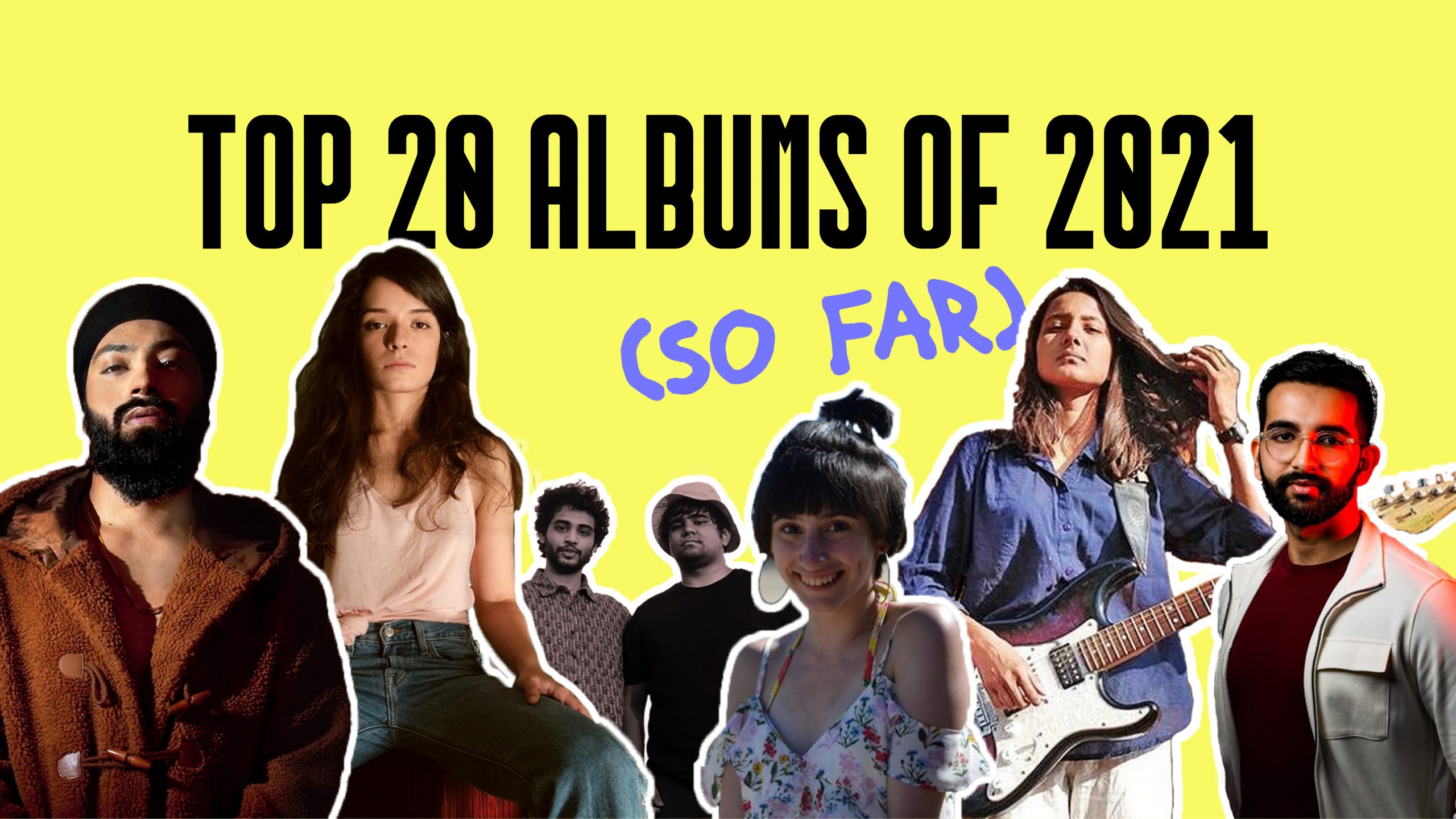 Most of the songs that make up the albums released in 2021 were conceived during the unprecedented times we have been living in. Predictably, at some level they have similar themes—the ones which have defined the past year. The pandemic has witnessed musicians and artists alike churning out material in record numbers. These are the 20 albums that stand out this year so far.

Aniket Mangrulkar finally put out From Toons To Tunes this year as Tekina, a project that was some time in the making. The 5-track EP was intended to be released in 2020, and was in works for over two years, according to Aniket.

A project full of collaborations, From Toons To Tunes features the likes of Voctronica‘s Warsha Easwar, producer Shannon George, Bhayanak Maut bassist Ishaan Krishna among others and surprisingly went somewhat under the radar.

‘I Feel One’ and ‘Claiming Me’ have had older versions, with ‘Claiming Me’ earlier featuring Gowri Jayakumar on vocals. The first three songs—’Underwater’, ‘Toons to Tunes’ and ‘Age with Grace’ are new tracks.

The EP—laden with traces of electronic, lo-fi and some soul and funk—is buoyed by Easwar’s shimmering vocals, some lovely saxophone from Jarryd Rodriguez and Krishna’s groovy bass shining bright and makes for an engaging listen.

Genres like rock and metal demand live venues, big spaces. It’s not like duos in rock didn’t exist before the pandemic (Blind Sun Drift itself has a song from 2019) but the Bangalore-based outfit somehow also demonstrate the pandemic induced way of operating. A big sound put together by a covid-19 appropriate number of two. The duo never falls short of energy. Add strong lyricism and the ability to create a compelling soundscape, and you have something very promising.

Ahalya Narayanan writes in her review on AHH that the EP “taps into pools of rage that lie within all of us, exposes ideas of introspection that we’ve all locked up, and will, at some point, compel you into engagement”.

The band also put out music videos for two songs from the record, ‘The Star’ and ‘Saint by Numbers’. All in all, it’s a solid debut EP and we look forward to more.

Transformation is a theme that surrounds Fuzzculture’s third release. It transformed into guitarist Arsh Sharma’s solo project since drummer Srijan Mahajan’s exit back in 2019. In fact, this is Fuzzculture’s second release as a solo act.

Strange Cities still retains what inherently defines the sound of Fuzzculture—groovy basslines and heady riffs. Industrial drums and overdriven guitars now make way for club beats and atmospheric synths. The starry, atmospheric synths are best showcased in the aptly titled ‘Brief Encounters’. The follow-up, ‘Starlight’ retains the upbeat, high-tempo beats and smartly processed vocals that the Fuzzculture is known for.

While Fuzzculture’s previous release Escape to Where You’re Wanted was a missable product of disarray, Strange Cities is a good example of the act finding its footing to turn things around for good.

As if it wasn’t enough that the tech-death drummer who’s been part of pathbreaking bands like Necrophagist and Obscura was on this album, Natarajan unveils a side of him as vicious growler and bandleader like never before, spiraling down to chasmic depths on songs like ‘Abandoned Rooms of Misspelled Agony’ (featuring Bobby Koelble from Death and saxophonist Julius Gabriel) and ‘Your Stillborn Be Praised’. The old-school, gnashing slab of riffs on ‘Sculpting the Womb of Misery’ show that Moral Collapse is not one to take sides with any particular era of extreme metal history.

The charge of ‘To The Blind, All Things Sudden’ and the uneasiness of the closing track ‘Trapped Without Recourse’ make Moral Collapse total beast-like, retreating after raising hell only to return again in the future.

Chaos and confusion are themes you would find in almost every piece of art that came out in the last one year. Jalandhar-based Amer Khosla decided to teach himself how to play the guitar and penned down an EP to give a glimpse of what went inside the 19-year-old singer-songwriter’s mind during the turbulent times.

The EP opens with the textbook dream-pop elements until you’re kicked in the stomach with a voice sample that’s bound to resonate with everyone, “This was what I was really waiting for, you know? This was the year, and everything was going to go right, and I was going to be doing big things and making big friends. And I guess what really hurts me is that I need all that because somewhere inside, I’m empty I guess?”

Amer’s melancholic crooning is the highlight of the EP. The closer, ‘Autumn Leaves’, will leave you with a sense of wonder and pondering, similar to what you might feel when you exit the theatre after watching a thought-provoking film.