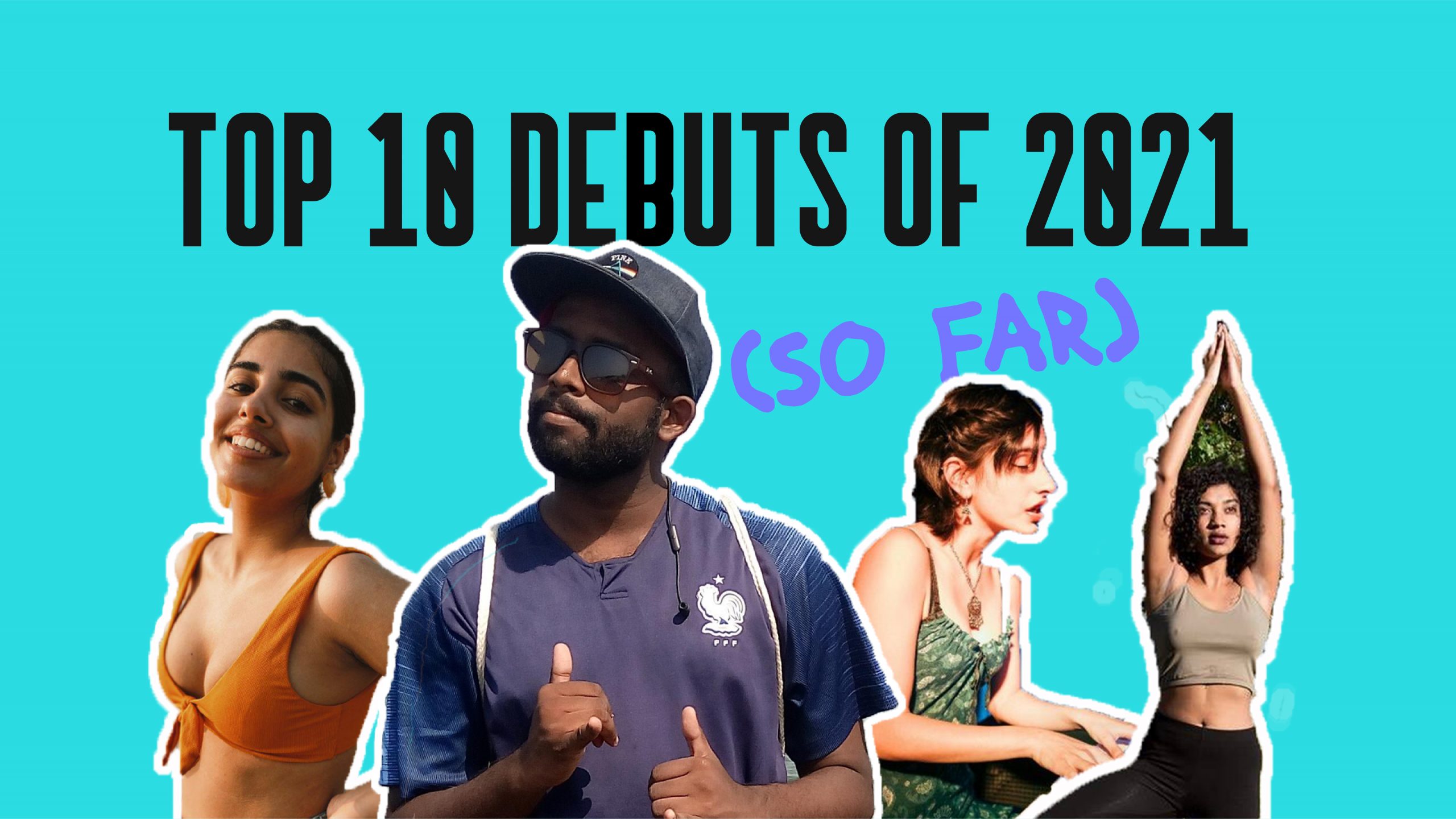 The last year has definitely made us realise the importance of not waiting for that “right time”. Releases have been aplenty, and debuts, even more.

After the success of his 2018 single ‘Kala Kala’ that amassed two million views to date, Arunachal-based singer-songwriter Chorun Mugli put out a 4-track EP this year. He sings in three languages here—Nyishi, English and Hindi. The 14-minute listening experience is pleasant and there are plenty of moods to indulge the listener in. Folk-rock number ‘Ja Jin Ja’ is arguably the pick of the album, but there are plenty of highlights on this short EP, and we eagerly await more from the singer-songwriter.

Dukunae, a duo based out of Siliguri, is the kind of act that prefers to describe their music with a gerund rather than a genre. They are “genre non-conforming” and explain that their music as the kind that “explores the mysterious and the absurd in everyday experiences.”

Dukunae have released three tracks so far, all abiding by the same aesthetic of the absurd. This translates to their visual aesthetic as well, very evident on their Instagram, in their album covers and their videos. Released via relatively new independent label No Binary, they also put out two music videos for these releases. They seem to be crafting their artistic journey very carefully and deliberately, and it will be very exciting to see what they do next.

Kevin Shaji is a name that’s familiar to Kerala’s independent music scene for a while now. He dabbled with a few acts, largely playing the keys, and eventually got bitten by the music production bug. His moniker, Pina Colada Blues, by his admission represents his skills as mixologist when it comes to creating a cocktail of genres. His debut album is a perfect case in point to corroborate the claim.

Whether you’re into chill-pop, R&B, trap, reggae or tropical house, One Upon a Blue Moon has at least one track that can get you your fill and make you stay for more. With an ear for the right collaboration and a diverse palette of sound, Kevin surely has set his sight to become the go-to producer in the independent scene.

Aryaman Singh has released three tracks under the moniker Sunflower Tape Machine so far. His latest, ‘Sophomore Sweetheart’, is the one that got him the most attention. Acknowledging multitasker Tame Impala as a major influence, Singh wishes to introduce fresh sounds to the Indian independent scene. All his tracks, which are fairly different from each other, show an advanced sense of musicality, a diverse mood board and the skill of standing out while making easily palatable music.

Tyesha Kohli has had an interesting year – one that leaves her primed for an “all eyes on her” kind of moment. The singer-songwriter, who has amassed quite the following on social media with covers and collaborations, swept the indie music scene off its feet with two singles – ‘Midnight Lover’ and ‘I Wish You’d Let Me Go Sooner’. Both see her carving out a space of her own, etching a sound that she is sure to embody more fully in the coming times.

Armed with a dreamy voice that surprises you in its most powerful moments, Tyesha’s potential points to the direction of quintessential singer-songwriter status. She may be at the start of a long road, but she’s got all she needs, to navigate the complex journey to being a musician; watching her is going to be intriguing.

Hayden Scott, a member of now mostly dormant Stella by Starlight, started releasing music under a new act with producer and multi-instrumentalist Nigel Rajaratnam and called it Citizen Koi. Their first and only track so far ‘Shots Fired’ also features Bengaluru vocalist Mary Ann Alexander, a singer who got herself heard plenty this year, specifically with her collaboration with guitarist Sanjeev T and Sid Sriram. Citizen Koi has made its way on this list with just one song out, and while they may have to prove themselves consistently a few more times, they do show a lot of promise. They are good at writing, have fascinating production skills and an ear for perfect voices.

Amer Khosla had big plans for 2020-21. For the Jalandhar-based and NYU bound 19-year-old, a lot of those plans came crashing as the pandemic hit the globe. So he picked up the guitar, taught himself how to play it, and chronicled his experience of coming-of-age amid a lockdown in the form of an EP titled Songs (for you).

The dream-pop production is the perfect canvas to paint the themes of confusion and chaos. AM.E.R proves his songwriting mettle right from the get go, and by the time you’re through with the 21-minute EP, it leaves you with a sense of yearning and puts you in a mood for contemplation.

After putting out such a matured EP as his very first showcase of the musical talent to the world, Amer would now surely have many eyeballs following his trajectory as a musician.

There haven’t been too many releases in recent (independent music) memory that have generated as much anticipation as as Dot’s debut album. Aditi Sehgal aka Dot. has been an indie darling since 2017 despite never releasing her music on a streaming platform before Khamotion. Her track ‘Everybody Dances to Techno’ was a breath of fresh air and the song and video has garnered much love and appreciation in four years. Considering the amount of marketing that goes into music releases today, and even in 2017, this was proof that it was only the whimsy and beautiful music that was responsible for the numbers (4 lakh and counting).

However, she went quiet quickly after a few songs on YouTube and some live shows. So, when news of an EP came out, the excitement and anticipation was naturally high. For the musician herself, she needed to step out of the shadow of a song that perhaps she didn’t know will get her the kind of attention that it did, and she does it well. Dot. is a clever songwriter, and she doesn’t falter to recreate the breakout magic on Khamotion.

Irfana Hameed has been one of the most exciting voices to emerge from the Indian hip-hop music scene. The Kodaikanal-based rapper, who began her journey with music through Carnatic music, made a 180-degree turn to rap and hip-hop and has, in recent times, made quite the splash. This yeear proved to be eventful as she teamed up with childhood friend and fellow musician, Taslina on their debut EP, Ko-Lab. The thematically rich album saw Irfana proving her worth in salt as a rapper and an up-and-coming emcee in the Indian hip-hop scene. It did the rounds on the internet, garnering critical reception that isn’t easy to come by. From verses about anti-fascism to explorations of femininity and identity, the EP offered a space for all kinds of reflection. And through the cracks of those reflective moments, Irfana’s voice resonates as one for a generation, spanning across cultures and identities.

Ranjani Ramadoss might be one of the most exciting things to have happened to the Indian independent scene in a long time. Technically, we heard her for the first time, before her debut as a solo artist this year, with the release of her band Kelvikkuri’s first and only single yet, ‘Nangooram’ in 2020, which also featured on our Best Debuts of 2020. That track was very well written, performed and produced and is a must-listen. This year, when she made her debut with ‘That Way’ which also featured three more artists, and then released her second single ‘Nee Mattume’ just one month later, she made it apparent that she had a lot to offer, way more than what she had already showcased through her unforgettable performance in ‘Nangooram’.

Then she teamed up with Clifr (also of Kelvikkuri) and past collaborator and producer Issamood for her 4-track EP 593, Vol 1. The pop/rap record is arguably one of the most unanimously well-received releases this year, and rightly so. On its own, it is a smooth and unabashed mix of pop and R&B. As part of her discography, it hints at a variety that most musicians achieve only after several years in the industry.

She shines better in a group. Almost all of her releases have multiple collaborators. Evidently, she has a slew of influences, too, that she takes very seriously and honestly. Variety seems to be central to her craft. RANJ proves that she can do film and regional stuff just as well as global. She is ahead of the curve and will most likely make her own definitive space in the Indian independent scene, and well beyond it.