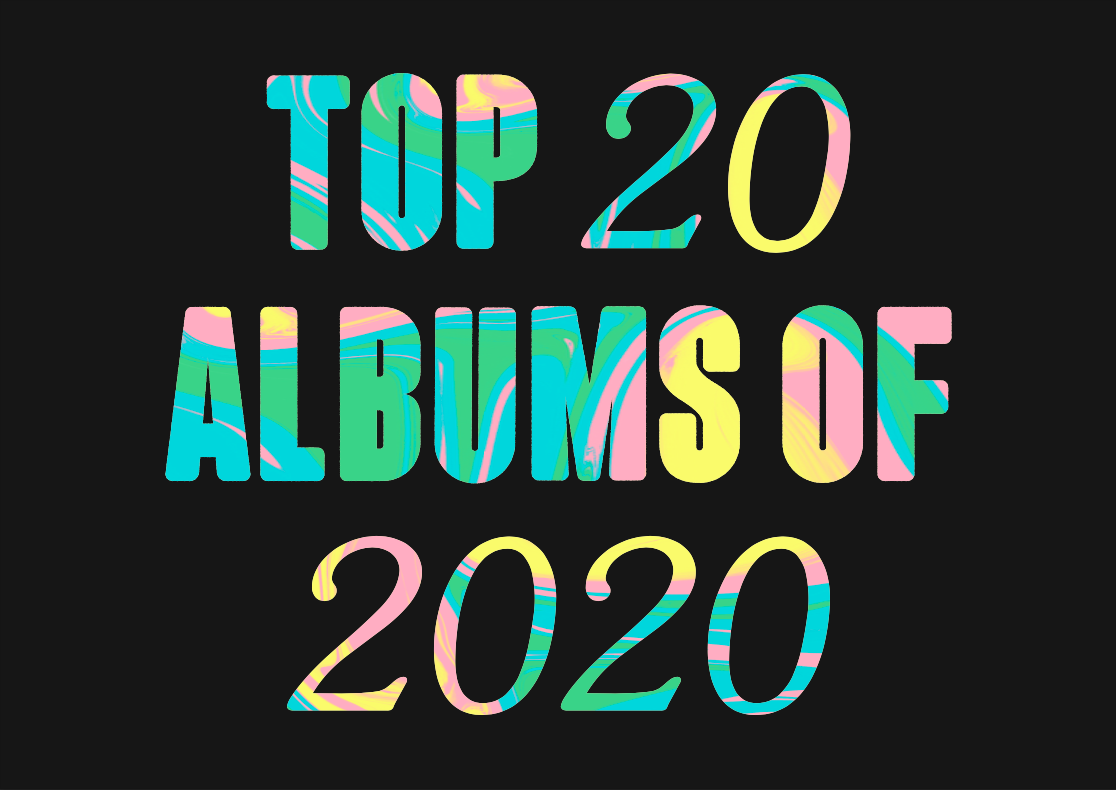 This time around, we went over 100 extremely well-produced independent releases. Only those with five or more tracks have been considered for this year’s list. Finally, after a lot of deliberation, we have settled on 20 releases we believe to be the best of 2020.

Unshakeable basslines, rubbery quaking beats, orchestral hits and swathes of distortion and phase filters set to heavy make for the sonic side of synthpop artist Dreamhour’s album PROPSTVR. But thematically, the Siliguri-bred producer and singer Debojyoti Sanyal explores newer territories. In his millennial pursuit of fame—streams, worldwide following and gigs, perhaps— Dreamhour catches a troubling reflection in the mirror and turns it into his inspiration across 11 tracks.

At the heart of PROPSTVR is the creation of a faux brand as Dreamhour leans into a smooth, swirling irony-laced take down of commercialism, politics, nostalgia and more. Just as he landed convincingly with his previous album VLLNS, Dreamhour is heavily introspective on PROPSTVR, choosing dancefloor- inspired mood lifters like ‘At the End’ and ‘Caution’ to start off but getting into a melancholic late-night ingress with ‘Shadows’ and icy cuts like ‘So Mean’.

Over slick, somewhat understated sonics and vocoder-fed verses, Dreamhour shines on ‘Internot’ which positions the Internet as a lover. It’s not in the same way as Spike Jonze’s Her because Sanyal has too-real lines like, “Cause it’s free for me, to be a piece of shit, and we don’t even have to meet, cause it’s the internet.”

Honestly, we could do with Dreamhour ruling the world much like The Weeknd did with After Hours or Dua Lipa with Future Nostalgia. But for now, he’s still a bedroom producer who can craft absolutely dominating synthpop, perhaps heard best on an exquisitely sprawling pop track like ‘How It Goes’.

In his spiralling, pendulous and sinister blend of synthwave and pop, Dreamhour has reached for more than what the vapour wave circles had to offer. Now fully evolved into a clever pop songwriter and producer, PROPSTVR is self-deprecating and yet delivers as a conviction-heavy record.

19. Girish and the Chronicles – Rock the Highway

Although he’s been screaming his throat out for more than a decade now, Sikkim-origin, Bengaluru vocalist- guitarist Girish Pradhan has been levelling up steadily in the world. After all, in the span of a few years, Girish and the Chronicles have become globally known and cut a few record deals. Pradhan joined drummer Chris Adler (formerly of American metal stalwarts Lamb of God) on tour in India and eventually ended up becoming the vocalist for the latter’s new project FirstBorne.

For those who can never reconcile themselves with the fact that rock and roll, hard rock and heavy metal in its traditional, fist-pumping, woah-chorused way holds more than just nostalgic value, Rock the Highway is proof enough. Pradhan croons it out loud and clear on ‘Rock ‘n’ Roll Is Here To Say’, a particularly stomping track that appears early on the 13-track album. The band—completed by guitarist Suraz Karki, bassist (and Girish’s sibling) Yogesh Pradhan, keyboardist Krishh Datta and drummer Nagen Mongranti—explore every evocative style of rock and metal on the record, bringing a refreshing edge every time. They burst out the door with the unsparing title track, then veer into Guns N’ Roses ballad territory with ‘The Distance Between’ but also salute their roots on ‘The Sikkimese Dream (Rock ‘n’ Roll Wonderland)’ with Pradhan bringing out his inner Steven Tyler.

The band whip up politically conscious take-downs on ‘Bad Shepherd’, as well as a hot and heavy tale of lust and love on ‘She’s Heavy Metal’. ‘The Rebel’ showcases the band’s footing in one half of heavy metal tradition and another in impossible melodies and fist-tight rhythms.

Lengthier songs like ‘Trapped Inside a Mirror’, a bluesy ballad-turned-prog fest ‘Wounded’ and the groove-city/ symphonic metal ‘Identity Crisis’ show how Girish and the Chronicles can flitter in and out of styles across generations of metal. They make it totally seamless and better yet, the most excitable thing in metal in India right now.

Since its origin in New York of the late 1970s, rap is often recognized as an acronym of the words rhythm and poetry. On Indian shores, hip-hop crew Swadesi are busy shaping rap’s alternate acronym, rhythm and protest. Their album Chetavni is a no-holds barred statement to those in power.

As a hip-hop crew, Swadesi is a melting pot of cultures, styles and languages. Thus, it comes as no surprise that their debut album arrives as a fusion of all those elements. Over ten tracks, the Mumbai-based rappers Mawali, Todfod, 100RBH, Maharya and DJ Bamboy explore rap in Marathi, Gujarati, Hindi, English and Bengali.

But though language may be the differing factor across its tracks, as an album Chetavni is united by rebellion and revolution. The bantaihood from the city of dreams, boldly unveils the dark realities of the India we live in. Class divide, religious disharmony, economic disparity, war, LGBTQ rights—the album features protest narratives on each of those issues and more.

Chetavni is also a no-holds-barred creative force for Swadesi. The quintet from Mumbai keep their hearts close to the city’s streets, yet also keep their eyes on global music styles. Over here Bambaiya street meets grime and reggae, and finds a stage on a feature from Delhi Sultanate. The album delivers stories that are diverse, vivid, vocal and above all ‘Sau Takka Sach’.

Taking root in the midst of a smog-shrouded Delhi in 2019, the 5-track EP imagines the soundscape for the times around us and the ones that lie ahead. The part- pensive, part-overwhelming ‘Prelude’ which opens this lush collection sets the tone for the production which ebbs and crashes with an emotional crescendo and segues straight into a playful ‘Jitter’ whose movements seem to insinuate a digital existentialism. ‘Let The Light In’ featuring Kavya Trehan is a synth-laden allegory for the city’s annual pollution parade. It’s followed up by ‘Dr. Escher’ which unfolds with the distorted voice of Dr. B.R. Ambedkar urging us to return our attention to the perils of the present rather than focus on the vagaries of the future.

Neither song recedes or languishes in easy resignation, acknowledging instead that we have been here before, and our collective futures bank on our collective actions today. The lilting keys and horns on the title and final track (dedicated to Naima, Balani’s three-year-old niece) come in immediately after, completing a ‘suite’ that is equal parts tender and stirring.

At her core, Banat Kaur Bagga is a storyteller, and she displays these talents and more on her debut EP Flish. The singer-songwriter, who goes by the stage name Banat, blends folksy storytelling with melodic prog- rock.

While most of the tracks are built around the piano or guitar, the album itself is steeped in several other genres including classical, metal and pop. To have such an interesting fusion of sounds in one project while making it cohesive can be a tough sell, but Banat handles it superbly. In fact, Flish actually embodies the spirit of less is more, and this minimalism lends itself to the album’s transcendental quality.

Lyrics that border on poetry add yet another memorable element to her repertoire. Even in seemingly playful tracks like ‘For the Child in You’, written about her cat, she adds rather jarring lyrical nuggets like, “I am stagnant, have you noticed?” And just as the lyricism fosters introspection, so do the instrumentals. These songs can really take you places if you allow them, and along with Bagga’s voice, gently nudge the listener into a higher plane.

This is one of those albums that is best enjoyed when you immerse yourself into its world and get lost in the rich layers of storytelling. Banat includes plenty of moments designed to propel the listener into a deep pensive lull, allowing them the space to read between the lines.

The intertextual, ‘Your Vancouver’, referencing Jeff Buckley’s ‘Vancouver’ is a sharp and interesting take on a love song. Over twinkling piano melodies, the eponymous ‘Flish’ is a tender fable-esque track seeks the answer to if grass is greener on the other side. Through characters such as the engrossed dancer in ‘Taabir’, the unnamed lover in ‘Ode’ and the fly and fish duo on the title track, she broaches themes such as loss, legacy, identity, and friendship. In addition to being a confluence of Banat’s musical journey, it also serves on some level as a coming-of-age project.