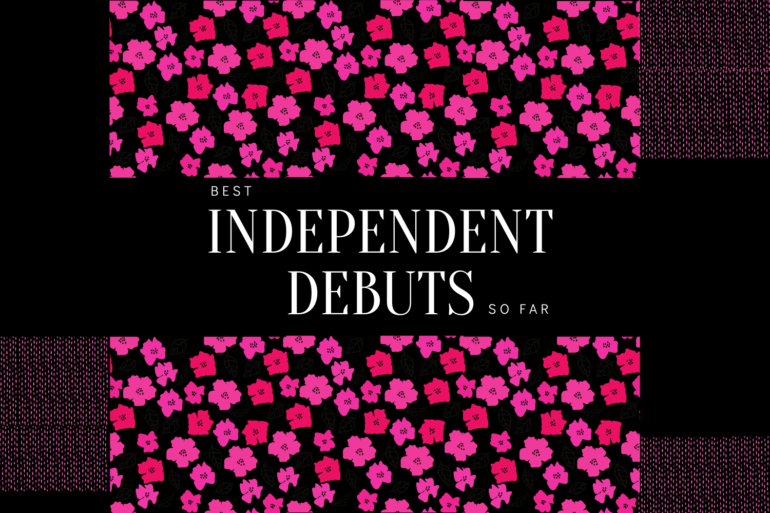 Best independent debuts of 2020 so far

The Indian independent music industry has given us more music in half of 2020 than it did in all of 2015. It has been really interesting to witness musicians grapple with and subsequently innovate during the ongoing crisis. We have been soaking up all the creativity that came our way over the course of the last six months, in the backdrop of two major events in our national and global histories, one political and one medical going on political. Here are ten exciting new independent artists on the block, who cut the noise of 2020 with their solid work.

Energetic and beaming, Fox In The Garden’s debut EP hits you like a valley of sunflowers on a spring day. The 23-minute collection from the Bombay-based quintet is quite the antithesis to the kind of year we’ve all been having. Aptly titled Sunny Boy, it is packed with bridges and interludes that never gives you a moment to brood- even in 2020.

On the surface, a concept album meshing genres together over a cohesion of literary works is ambitious as it is a little pig-headed. There are examples all over space and time of bad decisions made with good intention. While engendering certain presumptions, Mukt’s debut Jogi subverts them, creating a solid inaugural body of work. Their sprawling debut, running just short of an hour, is a vibrant display of musicianship.

Lyrically, the subject matter consists of couplets from literary icons hailing from the subcontinent. The quintet of Tarun Gagdekar, Udit Bhavsar, Dhaval Yadav, Yash Joshi and Raag Jadhav dig deepest to unearth the best from prog, sludge, doom, even acoustic folk to conjure a meticulous piece of work. Splicing Hindi lyrics and menacing konnakol, Jogi also features Joby Joy on tabla adding to the atmosphere, occasionally steering it into the realm of divine devotion.

Taking over two years, long enough to consider crowdfunding half the record, it feels almost miraculous that this album could come to fruition. Jogi is a seven-song testament to sticking to a vision, one built on genre-fluidity and literary depth.

Just when we were all craving some chaos in our lives in an uneventful 2020, Mumbai based death metal outfit, Sarfaad, serendipitously graced us with their debut single, ‘Painting a Villain’. The track is gnarly, nasty and intense. The riffs by guitarists Sushant Vohra and Sanjeet Khuraijam are ruthless and Reeshav Gohrain’s drums never stop pounding at your inner ear. Arbaaz Khan’s unyieldingly intense vocals make you feel like there is no tomorrow – a sentiment we can all get behind given the current climate. The song is a nihilistic look at how society creates an anti-hero. Sarfaad came out the gate with all guns blazing – and they sound exactly like that.

Khwaab is the solo project of Bombay’s producer-composer Nishant Nagar, bassist for singer-songwriter Raghav Meattle and previously part of the Revisit Project. A refreshing marriage of ambient production with Hindi lyrics, the sound has the right tinge of ennui to score a coming-of-age Bollywood flick. Nagar’s tense soundscapes feature melodic production and sheaths of textural percussion. ‘Chaar Raste’ with Siddharth Basrur was Nagar’s first release, followed up by ‘Yahin Kahin’ alongside Nikhil D’Souza. Even with just two singles under his belt, he brings to the table an exciting sound which we can’t wait to hear more of.

The brainchild of Gaurav Balani, Inalab came to the fore this year as a melting pot of personalities and sonic styles. Bassist and producer Balani had for years traded his craft for artists like Shubha Mudgal and Parikrama. And on their debut EP The Commons Balani’s curated crew of diverse musicians (Shahshank Singhania on flute, Archit Anand on the keyboard, Suyash Gabriel on drums, Shruti Dhasmana on vocal duties and Balani at the helm), created a product that sounds and feels far away from the common indie EP. Electronica, prog rock, Indian classical and saccharine-coated pop – genres as separate as chalk and cheese are fused seamlessly by this New Delhi-based collaborative to paint a breathtaking result.

From Rahul Advani’s review for AHH: “To not take the plunge and step into their universe would be to miss out on a journey worth taking.”

It’s difficult to nail Shor down to a specific genre. What starts off as a run-of-the-mill acoustic or hip-hop composition, rarely ends up as one. Perhaps that is why Rohan Shetty has only released three tracks on major streaming apps, with all of them accompanied by narrative music videos. Now signed alongside Naezy to BGBNG Music, hopes are high for Shetty to deliver a distinct yet cohesive collection of songs.

After about five years since it was conceived, 2020 was finally the year Honey’s Dead jumped just high enough to rear their head in the Mumbai scene, thanks to not just their charged-up, shoegazing debut single ‘Dreamer’ but also a stand-out performance at Control ALT Delete 12 in Mumbai in February. Guitarist Rahsaan Kably, drummer Amith Nambiar (founders of the project), producer-guitarist Apurv Agrawal (Pacifist, Cowboy and Sailor Man, Little Whales), bassist Utkarsh Jaiswal (Pacifist, Fox in the Garden) dove into a dazed, moody sound, featuring a guest spot for exquisite vocalist from Anokha Kumar (Ink of Bard). With an EP called Gone Today in the works, Honey’s Dead are currently our best hope who’ll keep that muddied lo-fi rock flag flying high… or low, depending on how you see it.

In an age when releasing a song longer than 2 minutes is streaming suicide, Bengaluru-based band Kelvikkuri debuted with a single that goes on for more than 6 minutes, the length of a standard EP these days. Their first and only single so far ‘Nangooram’ is a blast of talent, touching and embracing several styles of music. The song switches gears a few times but does so ever so smoothly. The song is based on the comfort of familiarity with places and people. The group does not follow a formula and shines in the chaos. They have made covers of popular music in the past, but ‘Nangooram’ marks their entry into the world of independent music in all its refreshing glory. The debut demands and deserves attention.

A look at Lojal’s Facebook page has him posting amateur scratches and videos, ramshackle but raw and full of potential. With the help of Nisthula Murphy as co-producer, Phase is the same rawness encased in diamond-encrusted walls, whose borders expand and disintegrate with every passing moment. A testament to the power of potential, Lojal’s present has listeners excited for his future.

Buoyed with a handful of singles, Martin J. Haokip or the artist known as Lojal (pronounced loyal) drummed up little press with a sound that was initially bare, building elementally as these singles were released. On the back of these, the Bangalore-based artist dropped Phase, a formidable full-length whose density beggars belief. Straddling the worlds of Alternative, RnB and Soul, enmeshing Joji, Frank Ocean and Moses Sumney, Lojal has an envious eye for detail that normally takes years and initial stumbles to actualise. Lyrically, he hopscotches between loneliness, violence and faith while crafting melodies that are tender and immense.

From Anurag Tagat’s review for AHH: “Phase comes across as a journey that gets pretty damn intense, but by then you realize you’ve quickly tumbled down the sonic rabbit hole even somewhat unwittingly.”

In recent years, Till Apes were considered by Bengaluru music fans as their special secret stash, before they took the nation on an unforgettable trip this year. Cutting their teeth in the city’s eclectic music scene, the Apes were building a clan of loyal followers with their on-stage prowess and slowly eyeing planet domination. And in May 2020, the neo-soul/alternative hip-hop crew of Amrith Raghunathan (Doc Awes), Sange Wangchuk, Soorya Praveen, Philip John, Gautam David and Hanumankind arrived from the Garden City with the freshest sound heard over a debut album by an Indian artist in years. Lift Off propelled its listeners into a world where experiments in hip-hop, funk, groove and jazz roamed fluidly over layers of grand sonic arrangements. Till All People Evolve Slightly aka Till Apes may still be taking their first steps into the country’s indie music circuit but they have surely sparked major advancements in it already.

From Abhinav Krishnaswamy’s review for AHH: “A short twenty-two-minute burst of exuberance, it’s records like these that will have listeners positively itching to throng live venues, whenever they decide to open up their shutters.”