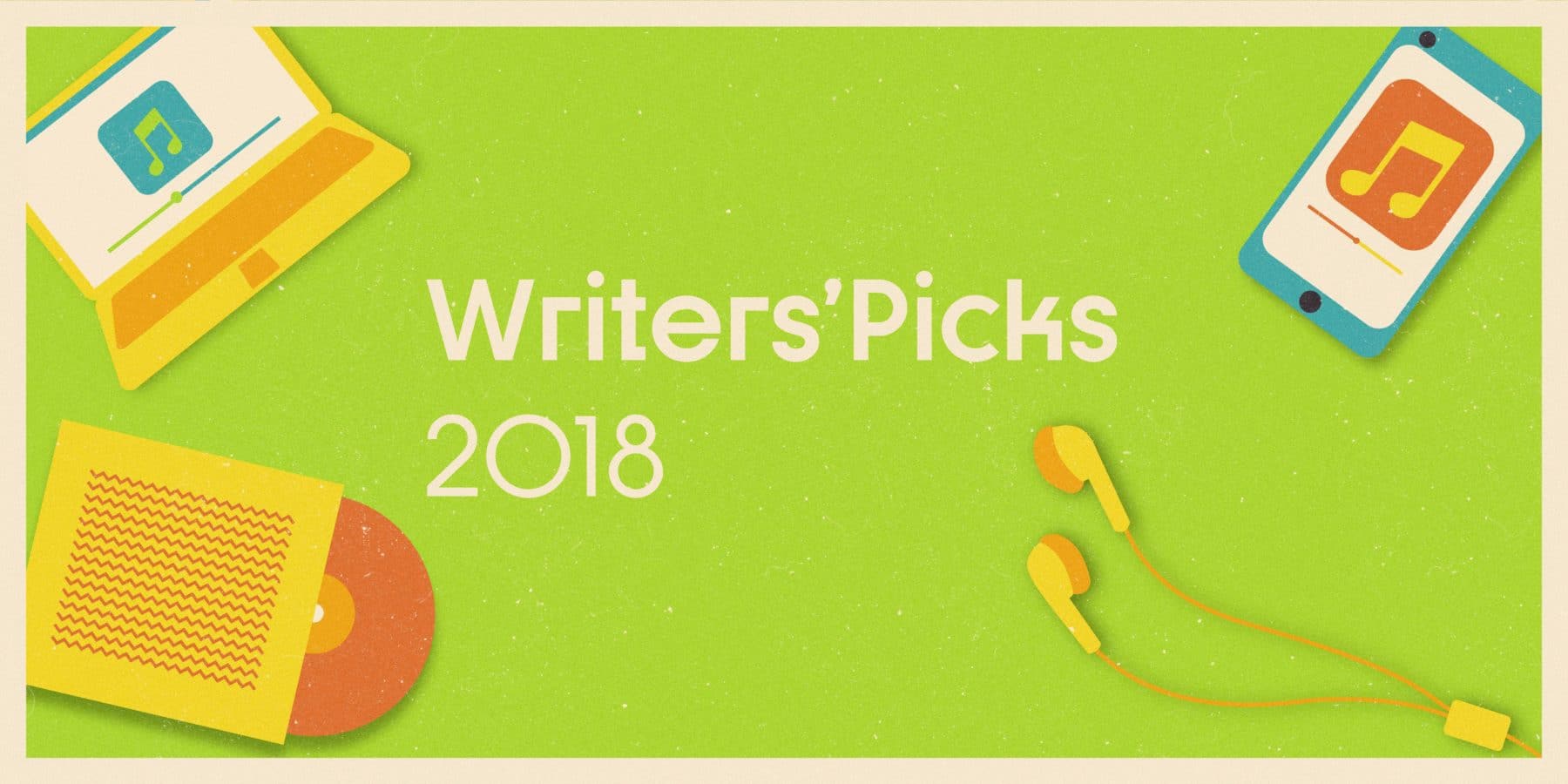 Our writers pick their favourite songs and albums from 2018

Writers toil the entire year critically reviewing different pieces of music. This is where they let their hair down and freely choose one album and one song — no boundaries on genre or geography — they loved the most from 2018. 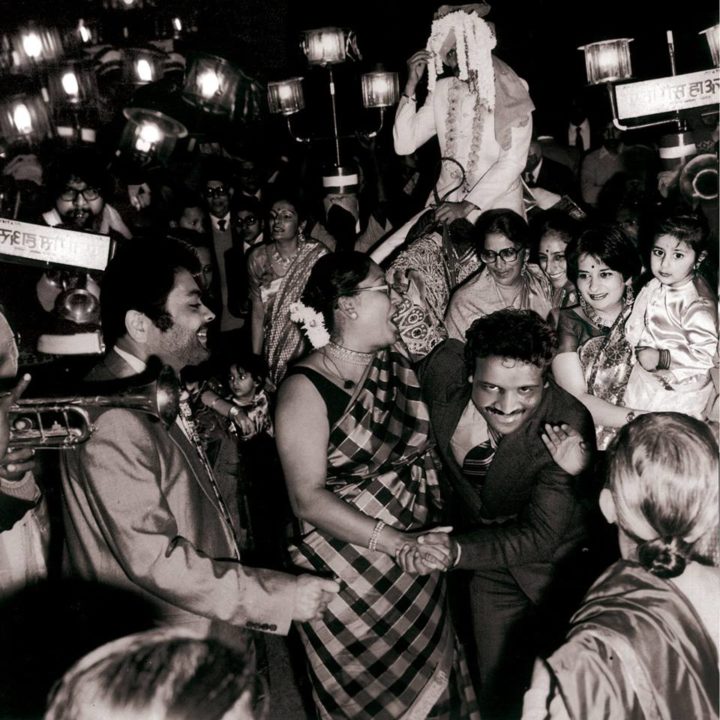 I was involved in a heavy love affair with the music of Peter Cat for the better part of this year. Portrait of a Time: 2010-2016 was built piecemeal, over time, a distillation of their most vividly favourite songs in six years. The melancholy that followed the first few listens was an absolute fixation for me, I did repine for long. Compiled and released by Parisian label Panache Records, the psychedelic gypsy jazz ensemble spills over the course of a 9-track 45 minutes long EP. Borrowed from an era that was too steeped in its own connotation, the aesthetic of this record is very deeply romantic. With influences from Sam Cooke to Mohammed Rafi, lead vocalist Suryakant Sawhney’s crooning takes me back and forth in time, embellished with underwater guitars to synths alike. For a Delhi misfit, this mutant outfit’s work has me plainly excited for music. For the now, and for the next. In their attempts to hijack nostalgia wholesale, Peter Cat found a way to reverse engineer it. (Meghana Potta) 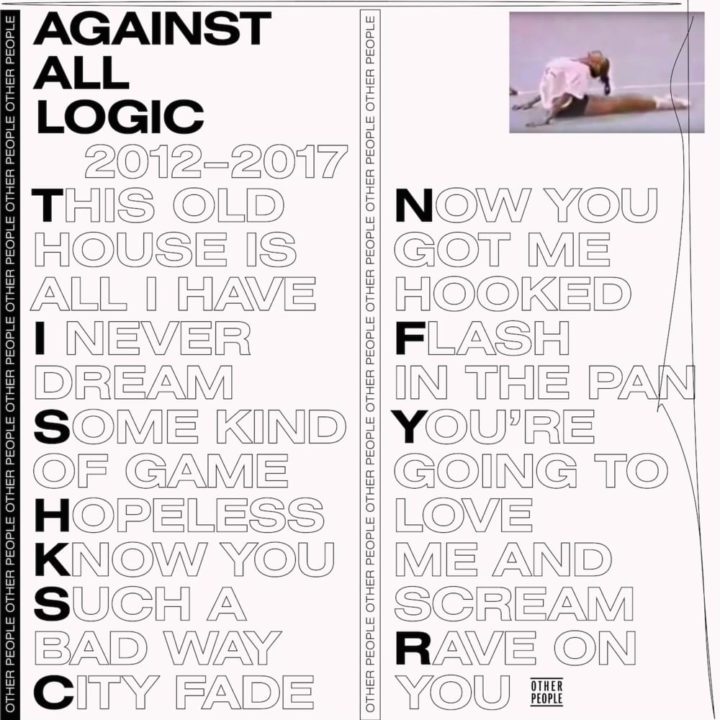 Nicolas Jaar’s surprise album drop took the indie-scape by storm. Under the moniker A.A.L. (Against All Logic), Jaar gave us a polished bag of sample-heavy tracks early this year. ‘I Never Dream’ stands at almost seven minutes long, an average track length for Jaar. A more vigorous cut from Jaar’s repertoire, this reinvention of the 1964 Cookies’ track by the same name is a total elevation. The marriage between the cascading vocals and sweeping synths make for a complete auditory experience. The production is funky, melodic and ambitious. Nicolas understands sound, his confident yet deft sonic palette respects the idea as much as its taste. (Meghana Potta) 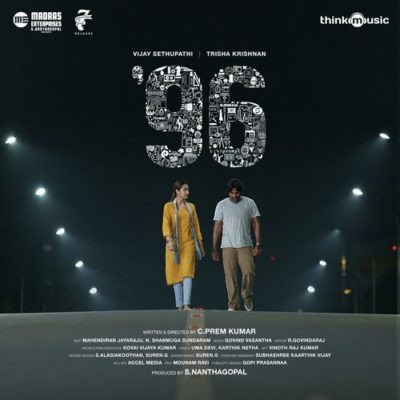 2018 has inarguably been Tamil cinema’s year when it comes to movies as well as soundtracks, despite Bollywood having produced some above average affairs. Amit Trivedi’s Manmarziyaan, for instance, is one for the years to come. However, the album of the year for me would be Govind Vasantha’s soundtrack for the Tamil movie ’96. The chartbuster ‘Kaathalae Kaathalae’ leads the soundtrack, that contains a bunch of supremely and consistently evocative numbers, including the likes of ‘Yaen’, ‘Vasanthakalangal’ and ‘Thaabangale’. It would be a shocker if the work doesn’t fetch him the National Award for the best original soundtrack of the year. (Ashwin Vinayan)

The best song for me came from another Tamil movie, Pariyerum Perumaal by Santosh Narayanan, who’s probably had the best year of all with Vada Chennai and Kaala all being exemplary works. ‘Karuppi,’ an extremely emotional rap number, chronicles a man’s heartbreak at the murder of his dog, which directly follows a similarly veined scene in the movie. The scene and the song act as allegories to the basic theme of the movie, augmenting the poignancy of the already haunting song. This one never stops ringing in your ears. (Ashwin Vinayan) 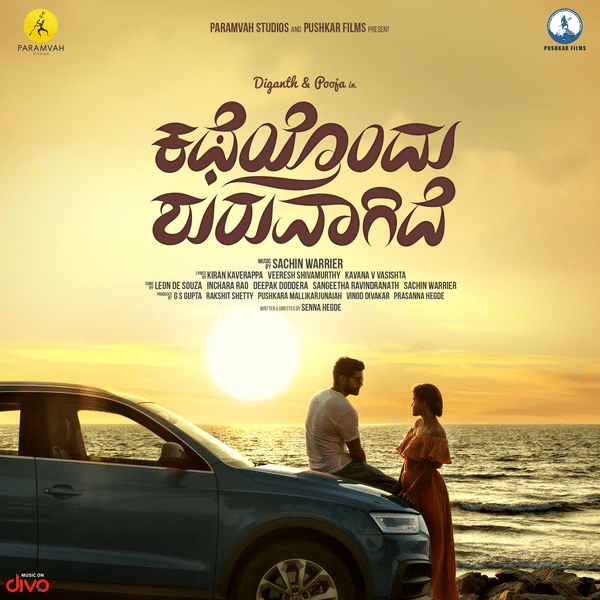 There were some interesting crossovers in Indian films this year that produced solid music. Kannada mainstream composer Ajaneesh Loknath, for example, produced some really good songs for the Tamil film Nimir. Malayalam singer-composer-violinist Govind Vasantha gave the outstanding Tamil album ‘96. But allow me to write about Malayalam singer-composer Sachin Warrier’s composing debut in Kannada. Katheyondu Shuruvagide is not just an exemplary crossover, but is one of my most revered film soundtracks of 2018. Katheyondu… is special, for the album caught my attention as soon as it came out, quickly became a mainstay in playlists, and has grown leaps and bounds since I watched this offbeat, well-reviewed movie.

The relatively short 4-song soundtrack, with a short ‘Aparoopavagiye’ added after the film released perhaps, is simply flourishing. With minimalistic arrangements throughout, often backed just by the strum of a guitar (which a lead in the movie occasionally plays), the soundtrack unintrusively lines the film narrative. The singer Sachin Warrier is in terrific form as well; in the super energetic, Wake-Up-Sid-y ‘Good Morning’, and in the magical ‘Bhoomi Baana Kadambari’ that imbues a sense of having all the time in the world. ‘Daariya’ is a quintessential song for the highway, and the spirited ‘Dheemtha’ is a recurring theme in the movie. The movie is now streaming on Amazon Prime, so do yourself a favour and listen to the soundtrack with it. (Nagarajan Natarajan)

Many songs rush to mind, but perhaps what I want to write about is the composition of Sneha Khanwalkar in the Hindi film Manto, ‘Bol Ke Lab Azaad Hain’. A song transporting us to the bygone eras, credits largely to the glorious voices of Vidya Shah and Rashid Khan. I especially love the way Vidya Shah gears the pitch a notch over Rashid Khan’s whenever she sings the opening phrase. In ‘Bol Ke..’, Sneha Khanwalkar sets the inspiring poem by Faiz Ahmed Faiz to an anthemic meter, yet stays very grounded with the orchestration – there are no loud trumpets nor heavy brass. Instead, the song achieves the effect of tantamount proportions with a wonderful cello/viola section which seems to sing a song of its own. Randolph Correia’s arresting bassline supports the song throughout, as it glides through a percussive section by Satyajit Talwalkar, and briefly through Raj Sodha’s Clarinet. There is a lot to love in the short soundtrack of Manto, and ‘Bol Ke…’ sure is one. (Nagarajan Natarajan) 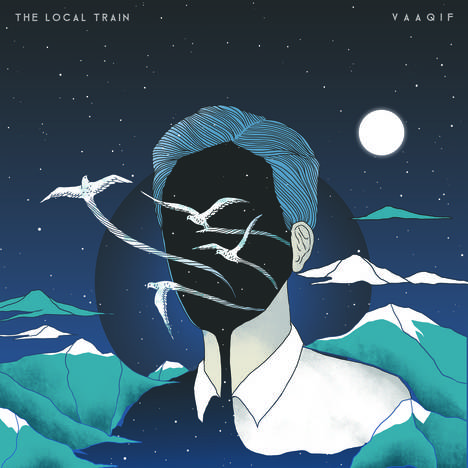 Talking of musical growth and evolution, I think the biggest example in the current independent music scene of a band that has grown both sonically and in terms of songwriting is the Local Train’s latest offering Vaaqif. The title track exemplifies the band’s yearning to search for answers in the complex yet modern world that we all live in. One of their biggest hits ‘Khudi’ from the compilation is an uplifting track with motivational lyrics matched with a really well shot video. It encapsulates the spirit of adventure that is an instant connect with the pulse of the youth of today and is a pleasant departure from the sound of the rest of the album. Paras Thakur’s guitar arrangement and musical skills come to the fore in some of the riff-driven tracks such as ‘Gustaakh’ and ‘Dilnawaz’ with his trademark Gibson Les Paul sound layered with the tight yet groovy drums played by Sahil Sarin and Ramit Mehra’s baselines.

Overall, the songwriting seems to have matured in terms of content. Raman Negi’s powerful vocals don’t just speak about love, but also the pressing issues concerning a young mind wanting to explore the world. The sound of the album is modern yet alternate rock stylistically speaking. (Vinayak Gupta)

Having followed Eminem over the years, the master rapper surprised and silenced all his critics with ‘Killshot’ produced by Illa da Producer. While it is difficult to single out one particular song from an entire calendar year being a musician myself I think I would like to vote for a song that stood out not only in terms of popularity but also bold and honest songwriting.  (Vinayak Gupta)

German rapper Kelvin Boakye aka Serious Klein dropped one of the illest music videos this year and still managed to fly under the radar this year. I am a sucker for hip-hop music videos with whacky themes and surreal aesthetics (‘King’s Dead’, ‘i’, ‘Wow Freestyle’, even ‘Classic Maut Vol. II’). So when I saw the video for ‘Voodoo Money’, I was sold, not because of the video, but because of the song itself.

He drops some serious bars in the song and the accompanying visuals just elevate it to another level. Watch and listen to it if you are someone who likes to decipher and dissect every frame of a music video. If not, listen to it for Rascal’s slick production (who has previously produced songs for Chance The Rapper and Logic). (Joseph Sebastian) 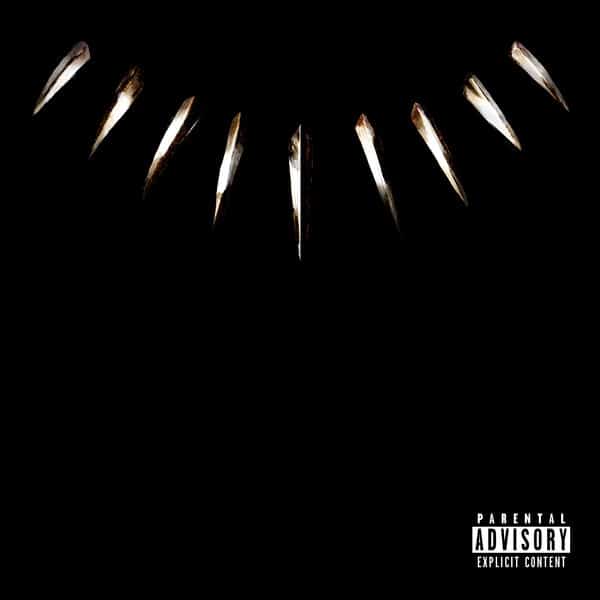 If I had a cassette of Black Panther The Album Music From And Inspired By, it would’ve worn out by now. The album has been part of countless workout sessions and commutes, four three-hour flights and two short road trips.

Kendrick Lamar curates a formidable roster of artists. Having contemporary biggies like Anderson. Paak, The Weeknd, Vince Staples and Travis Scott is like the hip-hop version of all the three Khans coming together for a blockbuster. Kendrick Lamar’s creative vision and ear for the perfect sound for each track makes this one a winner. The standout tracks have been ‘Bloody Waters’, ‘King’s Dead’ and ‘All The Stars’. (Joseph Sebastian)

It is usually difficult to choose one favourite album from a calendar year, especially if you listen to every type of music, and also engaged in MWE (Music Writers’ Exercise). Not to mention running a website means that you automatically consume a lot of music. However, this task was made extremely easy thanks to Govind Vasanth’s ’96. From the time this soundtrack came out, it has been a mainstay on my playlists and I just can’t help but go back to it every other week. Who said you need to understand the lyrics to enjoy music? Pro Tip: The album is especially gorgeous during late night drives.  (Aakriti Mehrotra)

Mitski – ‘Nobody’ from Be The Cowboy

It would normally be very difficult to pick a single favourite song from a year, but that’s the fun. Agam’s ‘Koothu Over Coffee’ had me for a long time, but this decision was swept with what resonated with me the most. Discovering Mitski has been one of the highlights of my year. The moment I heard ‘Nobody’, a part of me ached and it was difficult to understand why. But that is how powerful the song is. The deeply melancholic lyrics, set to a happy beat and disco tune (à la ‘Heer Toh Badi Sad Hai’), makes the listener even more vulnerable and then it hits you and you don’t even realise. It is worth breaking down every time. (Aakriti Mehrotra)

John Mayer is going to go down in history as one of the most gifted musicians, there is no doubt about that. His latest track, ‘New Light’, the only release by Mayer in 2018, was one of the most well-crafted songs of the year. This was made to be an earworm, a song for every mood, every place. It has made me happy when I was sad and happier when I was happy. Hearing someone as talented as John Mayer beg for a second chance as he makes a fool out of himself in dirty pyjamas just gives you so much to hold on to. On the video, the green screen shenanigans and the funky tune mask his vulnerability, but the words give him away. (Sukanya Agrawal)