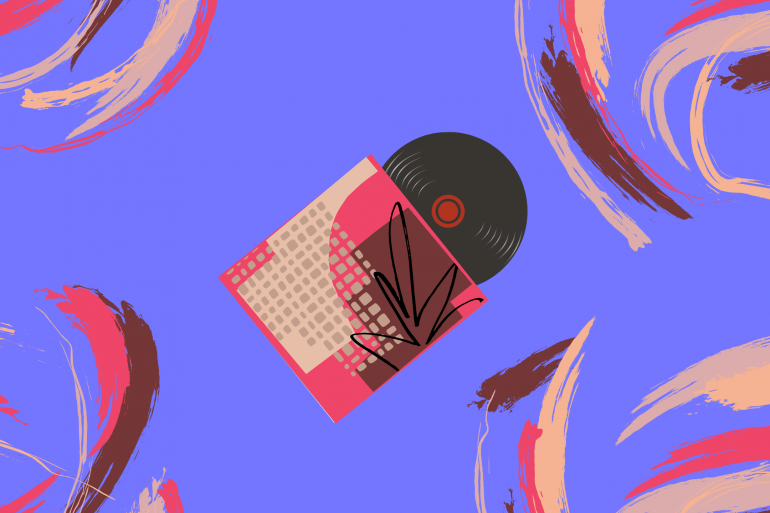 As the music industry matures in India, so does the visual arts industry. Both complement and supplement each other. Cover arts, gig or tour posters and merchandise serve as means of added revenue streams and have become an increasingly important part of an Indian musician’s portfolio. With increasing audio clutter, sometimes the visual aesthetic of an artist can make all the difference; it can set them apart as serious musicians as opposed to stream hungry click-baits.

Like the past two years, this year too, Indian visual artists pick their favourite artworks that have stood out in the last 12 months and applaud the artists who worked on them.

Bangalore-based Labonie Roy combines her love for nature and art as works towards making sustainable living an accessible reality. Most recently, she has worked on the flora and fauna-heavy artwork for Sanjeeta Bhattacharya’s single ‘Everything is Fine’, which was based on the New Delhi-based singer-songwriter’s first-hand experience of the destruction of the Aravali Range in the northern part of India. Roy has picked out artworks by Sonali Zohra, Rhea Iyer and @oddesque.

Yash is a Mumbai-based designer who also contributed to the first AHH annual artwork feature back in 2018. Recently and most notably, he was commissioned by the American trio Khruangbin to design a poster which is now up on the American band’s merch store. This year, he also worked with Akshay Johar aka electronic artist MojoJojo for his single ‘Dillagi’. The artwork for this track is “a surreal reflection of numerous references from Rajasthani elements in terms of the instruments and vocal samples used in the track.” Yash has picked out artworks by Sajid-Wajid Shaikh, Ján Juhaniak and Pallab Baruah.

Errol has worked on a bunch of projects for the independent music circuit in India, most prominently the artwork for Aditi Ramesh and Tre Ess’ single ‘Heal’ which came out in April 2020 during one of the strictest lockdowns in the country. He also worked on the re-design for AHH in the month of August. Errol has picked out artworks by Namrata Kumar, Vibhav Singh and Boomrangg Studio.

Sashank makes music as 1/4th of the F16s and art as Gherkinz. Most recently, he worked on the call for applications poster for this year’s Toto Music Awards and the cover art for Harini Iyer and Han Beyli’s latest single titled Rowthiram Pazhagu. Sashank has picked out artworks from Ezzyland, Gayatri Hariharan, Devashish guruji. He also picked the cover arts for JBabe’s debut album, Die in Bombay by Death by Fungi and Hoirong’s latest album Hope & Light as special mentions.

The Earth Below – Nothing Works Vol 2: Hymns for Useless Gods, Artwork by Gayatri Hariharan