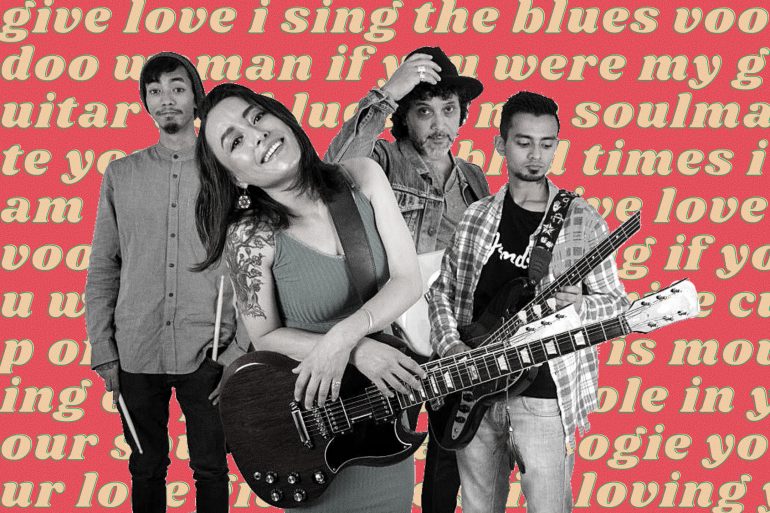 Hailing from beautiful Shillong in Meghalaya is one of India’s most recognized and loved blues bands, Soulmate. Formed in 2003 by lead guitarist-vocalist Rudy Wallang and singer-guitarist Tipriti Kharbangar aka Tips, the group’s music is flowing with splendid songwriting inspired by the blues as well as rock, soul and funk elements too.

Over the years, the band has played all across the country and even toured internationally. During that time, they’ve also released four albums. While Soulmate has had a whole host of musicians fill in for their rhythm section, lately those roles have been occupied by drummer Vincent Tariang and bassist Leon Wallang. If you’re a blues lover or need an introduction to this iconic band, listen to our picks of the top 10 Soulmate songs below.

10. The Blues is My Soulmate

The closing track from the band’s 2005 debut album Shillong, is the perfect offering to begin this list with. The chugging opening guitar parts amped with a rollicking rhythm section as well as Kharbangar’s dynamic singing about how the blues is her teacher and friend blend superbly to form a head-bobbing mix. Midway through the song, Wallang comes in with a tasty solo and also takes on vocal duties for the second half of the track while Kharbangar joins him for the last chorus before he takes off once more for more bluesy guitar soloing.

This nine-minute slow blues, part of the band’s 2014 third album Ten Stories Up, brings together emotional vocals and a connection with music that is second to none. Kharbangar shows off her versatility as a powerhouse vocalist across this song while also, holding back to deliver sombreness. Wallang’s guitar wails and licks equally complement his band mate’s poignant approach. There’s plenty to appreciate in this song, from its complexity, dexterousness to its overall otherworldly sound.

The band takes a different direction with their sound here from 2009’s sophomore record Moving On. Soulmate dips their toes into soul and R&B and holds a much laidback approach. Kharbangar paints a beautiful story with her singing about her daily routine as Wallang chips in with elegant chords that harmonize with the melody.

Here’s a sweet and beautiful acoustic love song from the band’s debut album. This ditty includes a sole acoustic guitar picking that is vibrant and soothing while Kharbangar’s saccharine lyrics about loving her baby are charming and delightful. Although this song falls just shy of two minutes, it’s one you can have on loop as you tell the one you love how much they mean to you.

6. If You Were My Guitar

From the band’s debut album, Wallang takes center stage on this slow blues offering. The guitarist brings his buttery vocals to the table as he sings in a tongue-in-cheek fashion about the romantic things he’d do to his partner if they were his favorite instrument, that ought to make you smile. Wallang also uses the guitar as an extension to the lyrics by throwing in the right flavors and parts during the song. There’s also fiery fretwork, wails, solos and more across this fun listen.

The title track off the group’s second record, there’s a touch of jazz and funk elements on this number. Soulmate knows how to juxtapose genres quite well as they’ve proven by shooting with various soundscapes within the track. Some of the guitar work, both the rhythm section and lead parts are the best you’ll hear from the band. Kharbangar’s clear and crisp vocals layered over the groovy instrumentation are quite a treat too.

This is a fantastic instrumental slow blues offering from the band’s latest album, 2020’s Give Love. The depth of emotion displayed by Wallang throughout the song is resounding. The guitarist is able to convey a story with his playing and allows his six-string to do all the talking. There’s laments as well as spiraling guitar work across this four and a half minute exhibit of passion.

Here is another instrumental number, this time from Moving On. In this case, Wallang ups the tempo leaning towards more of a jive style. The appetizing groovy syncopations, a tidy bass as well as drum solo energize the track with dynamics as Wallang sets off to dominate the song with soaring guitar work and being an overall badass. So if you’re in the mood to dance, turn the dial to 10 on this one and knock yourself out.

Off Ten Stories Up, Kharbangar and Wallang present probably Soulmate’s most recognizable melodic hook. The song begins with the refrain on guitar before Tips matches Wallang with her muddy yet invigorating voice. Kharbangar then opens up her vocal chops bringing forth some of her best singing on the track as she talks about how powerful it is to be a woman. And of course, behind every strong woman, there’s a fiery guitar solo to back her up, which Wallang adds expertly.

The title track from this year’s record is a pop fueled blues song. The band has combined their years of experience in music to create this superbly well-crafted modern blues offering. The music includes a summery vibe with both Kharbangar and Wallang sharing vocal duties on the chorus and harmonizing with one another beautifully. The guitarist brings forth high octane and speedy fretwork while the vocalist’s dynamism shines on the track. So take a note from Soulmate as you go forth in your life, give love to receive love.