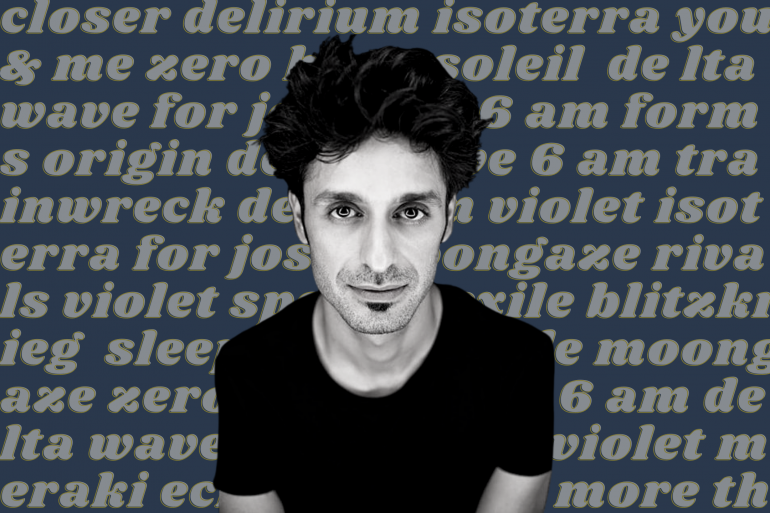 Delhi-based producer Sahej Bakshi landed on India’s alternative electronica landscape in 2010 with debut EP Dualism and was immediately thrust to its centre. Ten years later, Dualist Inquiry’s tunes are a dance floor staple, and as the scene’s great experimenter, he is no longer bound by form, expectation or identity.

Globally recognised today as a multi-instrumentalist EDM artist par excellence, Bakshi is also an exceptional sound engineer, the co-founder of boxout.fm, a certified filmmaker, an indie rocker since salad days and an (electro)popstar in the making. There has been a lot of looking back – and within – resulting in some of the decade’s extraordinarily produced EPs, full-lengths and singles as Dualist branched out into diverse sonic directions.

Given the ocean of difference between the kick-driven music of his earlier releases, and Dualist’s latest EP Life Forms, an introspective suite that still manages to be club-ready, we revisited his works in the new year. For this edition of Top Ten, AHH picks ten tracks from his discography that deserve the same amount of love as ‘Isoterra’!

We wanted to start the list with 2014’s ‘Lumina’, a single which phases from a thunderous video game soundtrack to an indie-rock venture à la M83, ending with a cascade of textures and drums. It’s as striking an entry on this list as it is in his discography, created at a time Dualist was still searching for the sound that would go on to define Dreamcatcher, an EP that consolidated him as a taste-maker. Commencing with a Bonobo-esque build, brimming with vitality and euphoria, and splintered by gloriously disruptive arpeggios, it’s a befitting best-tenth-track for an artist who comes most to life in these solitary undefined spaces.

Kavya Trehan’s sultry vocals blend like a cold brew on a summer eve with Dualist’s bright-eyed production on ‘Opaque’, again off Dreamcatcher. With an opening build of mid-tempo beats and a funky synth line, the song shifts between Kavya’s delightful falsetto and Dualist’s pitched-down refrain – “Why’d you leave me in the dark?” – suggesting a dark current beneath the sugary crust. But that’s easy to forget as the song soon billows with a rich toe-tapping mid-section, before bringing the rhythmic breakdown back for a sparse, dreamy finish. Hadn’t Bakshi put so much more thought, originality and finesse into his more recent pop explorations, ‘Opaque’ would probably have been much ahead on this list simply because of its replay value.

Any anatomy of Dualist Inquiry’s body of work begins with this. A hybrid electric-electronic cut aimed squarely at the dancefloor, ‘Isoterra’ holds a special place for its lushness, physicality, contradictions and frictionless beats. Dualist steers two trajectories of sound, using soft and supple guitar plucks for one while manoeuvring a Kraftwerkesque aesthetic effortlessly for the other one. Silky beats stab midway, over the monotonous alien harmonies, creating a memorable body of sound and proving yet again that artists who embrace the possibilities of electronics on their own terms make the most interesting music today.

To the casual listener, ‘Echo Park’ from the EP Life Forms might seem austere. As Sahej often recounts in interviews, the record follows a musical hiatus and marks a decisively different approach to electronica. Exploring the themes of evolution cohesively over three songs and a club edit, Life Forms is an immersive exploration that looks both inward and to works of Nicolas Jaar and Brian Eno for inspiration. The last but one track is a quiet tour de force, reflecting the record’s stylistic and emotional focus. On ‘Echo Park’, Bakshi foregrounds the guitar as a personal narrative device, mixing it with ambient interludes and giving shape to one of the record’s most personal and introspective cuts.

Before ‘Departure’, Dualist’s first experiment with a blended rock-electronica approach was on Doppelgänger’s ‘Soleil’, a song that epitomised his penchant for soaring electronic music for billboard-sized emotions. An expert at introducing simplicity to a complex compositional canvas, Bakshi uses sustained lilting guitar trills on this track bridging a 90’s era slow jam sound with more emotive electronic fare and bass-laden beats. Soleil definitely has a mellowing effect on the 2013 record, sitting atop the rest of its offerings for many fans.

The opening riff and hook on ‘Departure’ are one of the best bits of music to appear on any of Dualist’s records, which makes sense because Natural Disasters, the 2014 EP that recesses between his first and second albums, was composed almost entirely on the acoustic guitar. This EP marked not only Bakshi’s return to his rock roots but also the first time he found himself pushing his own vocals to the centre, leading to easy comparisons with Moby and M83. While the intro depicts the aching throb of an internal struggle, the powdery, almost martial drums meticulously layered on the soaring riffs portend to light at the end of the tunnel.

Each Dualist Inquiry cut is an invitation into a world where the colours are more vivid, the surfaces are symmetrical, the sonics are warm and psychedelic. A playful recalibration of dance music’s vanguard energies, ‘Rivals’ from Midas-touch record Dreamcatcher, channels the decade’s default EDM vocal and rhythmic styles into whimsical, helium shapes. It was a tough call between this and ‘Violet’, but ‘Rivals’ does a better job of putting Dualist’s vertiginous waveforms front and centre. Heavy guitar riffs, synth hooks and energetic disco beats lead up to a perfect crescendo, with a lot of dramatic cliffhangers guise as beat switches in the mix.

Pronouncing the strength of the producer and vocalist-songwriter combo, ‘You & Me’ brought Bakshi and Malhar together for the first time in 2018. A club-inflected synth-pop exploration defined by a tight bass line, endless hook and the emotional bandwidth of Of Montreal, the song was very well-received at gigs, after-parties and among peers. It is interesting how Dualist retained the cadences of a tongue-in-cheek pop song and the sonic imprint of Daft Punk’s disco nostalgia, with some impressive electro-funk production. The song marked the first instance of fun and catchy offerings from Dualist, honing both his and his collaborator’s pop instincts and expressive potential that would achieve fruition on ‘Closer’.

Many of Dualist’s strongest tracks are those with guest vocals. Setting that bar very high is ‘Closer’, an absolute earworm featuring vocals by Superfuzz’s Sanchal Malhar, an indie-rocker Bakshi has been branching out into pop with. Collaborators since 2018, Dualist and Malhar banded together during the pandemic for this frisky dance-pop exploration released via Universal Music India. Insanely catchy, ‘Closer’ is ultimately a song about heartbreak and the human desire for connection, driven by a mean hook and defining trap beats which only underscore how much the pulse of hip-hop has invaded indie music in the last few years.

Okay, this one’s kind of a popular pick and doesn’t need a lot of love to grow (on you)! We still think ‘For Joss’ from Dualist’s sophomore full-length, 2016’s Dreamcatcher, is a good way to kick off the list because it puts his production chops on full display. Bakshi’s signature distended and heavily-produced synth lines orbit Nicholson’s chopped and pitched vocals like a James Blake cut. Suspended by a tight bass-line, the sections of ‘For Joss’ escalate dramatically with distinct beats and soaring guitar riffs to round off their precision. There is almost no reverb but if you listen closely, a universe might open in the split-second space between two hi-hats.