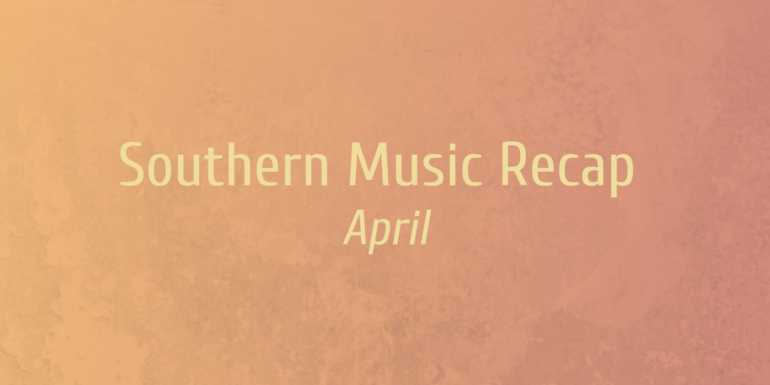 This April, southern film music was steady on its feet. The highlights include soundtracks by Ghibran, Yuvan Shankar Raja and Anirudh Ravichander in Tamil and in Telugu. Our selection is skewed towards Tamil this time, owing to disproportionately many good songs. As always, the list below doesn’t follow any particular order.

Suriya-starrer NGK is the much-expected reunion of Selvaraghavan and Yuvan Shankar Raja (well, their Nenjam Marappathillai has gotten nowhere). The single out earlier this month, ‘Thandalkaaran’, thankfully lives up to their oeuvre. The beats take off and cut through the song from the get-go, and the lines are sung with vigor by KG Ranjith.

The multi-composer soundtrack of upcoming Tamil film Thumbaa gets a sprightly single by Anirudh. Karky’s words, sprawling tune and orchestration all work in favor of ‘Pudhusaatam’.

The very reliable Justin Prabhakaran strikes gold with ‘Nee Neeli Kannulona’ from Dear Comrade. Tamil version (‘Aagaasa Veedu Kattum’), with lyrics by Karthik Netha, is equally immersive. There is a lot of hope for this soundtrack now.

Anirudh Ravichander’s Telugu run has been quite good so far, the latest being Jersey. The whole soundtrack comes together very well. ‘Prapanchame Alaa’ is a dreamy composition, a la ‘Theera Ula’ (O Kadhal Kanmani), rendered spot on by Shashaa Tirupati. The almost-Mandolin sounding string interlude is a highlight.

The prolific Gopi Sunder had another release in Malayalam last month – Uyare. The song ‘Nee Mukilo’ is the best of the three songs out so far. The melody is delicate and haunting. The prelude that lasts for the first 20 seconds or so is a great teaser for the listener – and a quiz. The answer is Ilaiyaraaja’s superhit song ‘Valaiyosai’.

Ghibran delivered a short, beautiful soundtrack for House Owner. The song ‘Neeyagave’ sees Chinmayi back singing in Tamil films after her last release in Sarvam Thaalamayam. The duet is charmingly simple and hummable; it is also a lovely throwback to Ilaiyaraaja’s 90s hit ‘Mazhai Varudhu’.

The only Kannada song in our list this month is ‘Summane Heege Ninnane’ composed by Arjun Janya. The song has an easy pace going for it, with the (uncredited) Sufi portions working wonderfully. We are beginning to lose count of the number of songs Sonu Nigam and Shreya Ghoshal have sung together.

The song that stands out in Devi Sri Prasad’s recent soundtrack Chitralahari is ‘Prema Vennela’. The groove is familiar but the composition is quite catchy. Sudharshan Ashok’s singing, the aalaap portion credited to Yadu Krishnan and the Sitar stretches all stand out.

Sean Roldan’s fine soundtrack for the film ‘Mehandi Circus’ had a new addition with the film release. ‘Mayilpola Ilavarasi’ is set in a simple folk style with a delightful rhythm. The song particularly stands out thanks to an impressive rendition by Srinidhi.

Nivas K Prasanna though with a short discography over the last 4 years has been amazingly consistent. His latest offering ‘Devarattam’ has a handful of good songs. ‘Lesa Lesa’ tops the album, Chinmayi rendering it effortlessly well. The composition is free-flowing, breaking free of the pallavi–charanam-pallavi-charanam-pallavi convention.