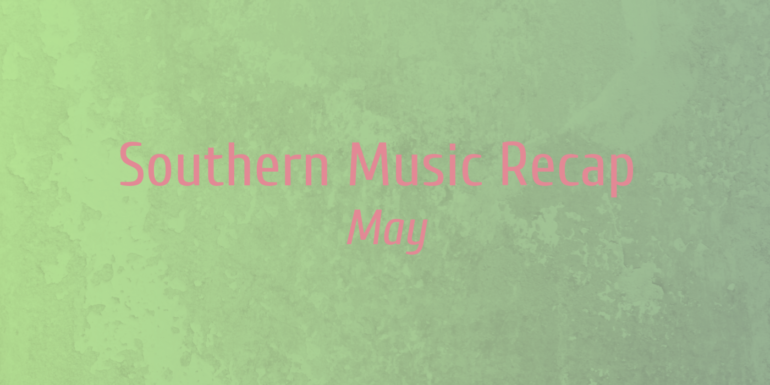 The force was well with the Southern film music this May. Composer Justin Prabhakaran is having an especially stellar run this year in the south. Santhosh Narayanan has an immensely charming new album, playing well to his strengths. Vivek Sagar, another top-of-the-line artist today, had some high-quality releases. Composer Achu Rajamani debuted in Malayalam, and Nivas K Prasanna in Telugu. A selection of songs, featuring these artists and more, for you:

Vivek Sagar is arguably one of the best composers in the nation today. His staggeringly good sense of melody, sounds and orchestration show time and again, the latest being the single from Brochevarevarura. The song is unconventional and rapturous, and the arrangement terrific. The production is top notch.

Justin Prabhakaran is finally finding all the reach and praise he deserves, thanks to successive, high-quality releases, and timing in his favour. ‘Pularaadha’ from Dear Comrade is a work of beauty. The song is set in an achingly beautiful pace with wonderful words by Karthik Netha. The high-point of the song that goes “Pularaa Kaadhale” is simply arresting. Aishwarya Ravichandran steals the show from Sid Sriram midway through the song. It is the best song yet in 2019, at least in Tamil.

The soundtrack of Oru Nakshatramulla Aakasham has two songs by Rahul Raj and one by Deepankuran. ‘Paravayaay’ composed by Rahul Raj is a soaring, dreamy melody. Srinivas gets a winner in Malayalam after quite a while and he is apt here.

Two songs from composer Midhun Mukundan’s latest work in Kannada, D/O Parvathamma, are out. ‘Neeli Baaninalli’ is a lovely semi-classical number sung by the trio Eesha Suchi, Mridula Mukundan and the composer himself. The song has a pleasingly rich arrangment throwing in Mridangam and Shehnai in the mix.

Manikandan Ayyappa, composer of 2017 Malayalam film Oru Mexican Aparatha, is back with a full-fledged album for The Gambler.  ‘Thelivanam’ is a particularly impressive number of the lot. Sung by Harishankar, who is excelling in this genre, the song has some well-arranged strings. The song takes off and surges when it makes a marked transition aided by Praisly’s Guitar.

The song ‘Anthimaalai Neram’ from the recent comedy Tamil flick Monster is already a rage, deservedly. This is the second Justin Prabhakaran-Sid Sriram-Karthik Netha song in our list, with excellent contribution from each of them, once again. The simple groovy melody works incredibly well. Pravin Saivi’s arrangement of chorus is endearing.

Santhosh Narayanan strikes gold with director Raju Murugan after Cuckoo (2014). The director’s immense taste in music shows yet again in the kind of tunes used in the soundtrack. It is a rich, diverse palette of sounds, themes and genres. ‘Manamengum Maaya Oonjal’, for example, is a searing melody that begins almost like a nod to Cuckoo‘s ‘Manasula Soora Kaathey’. The trio of singers, especially a terrific Ananthu, carry the song to heights.

The sad version of ‘Hey Yela’ in Nivas K Prasanna’s Telugu debut Hippi features singer Chinmayi in her confident self. It understandably does away with the rap portion of the much more spirited and happy version. The highlight of the sad version is Navin Iyer’s flute portions, especially forming a fantastic interlude with a choral support.

Sai Karthik’s latest soundtrack for the Kannada film Suvarna Sundari predominantly features singer Anuradha Bhat. She sounds flawless, evident in ‘Mareyalagadha Mechidha’. It is easily the pick of the album, with a gloriously engaging melody and arrangement.

Get used to seeing and hearing a lot more from singer Sid Sriram, who is evidently on an all-time career-high. His Malayalam debut for composer Jakes Bejoy strikes the right cord. The song has a characteristic Sid Sriram start. The song flourishes midway with a flute stretch by Kamalakar and a dreamy choir-like backdrop.