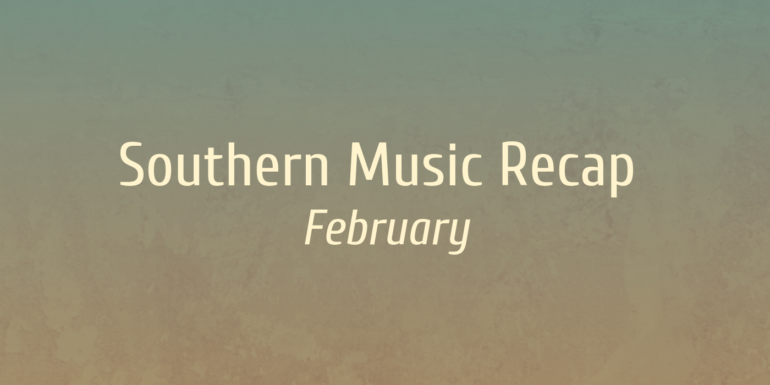 The quality of music from the South is steadily on the rise, granted we are just two months into the year. February had some significant releases, lovely follow-up singles to full-fledged albums; some of which are very likely to end up in the year-end lists. A hand-picked list of songs below to sample, in no particular order.

Sushin Shyam has peaked very early this year – it is a tough feat to better this. He has churned his career-best in the terrific Kumbalangi Nights. ‘Silent Cat’ unequivocally renders the album appealing to international audiences; a wonderful, whimsical and terse stretch of a song executed by the brilliant, Berlin-based singer K.Zia.

The single from the upcoming Telugu sports biopic Jersey sees Anirudh Ravichander in his prime and playing to his strengths. The guitar-sax interludes, a trope he has used in the past to great effect, add a good deal of charm to this melodious number.

Just as Sushin Shyam is reigning and setting standards in Malayalam cinema, Vivek Sagar is measuring up in Telugu. His latest soundtrack is nothing but wacky, experimental and brilliant. The seductive jazzy track ‘Anthuleni’ is a highlight of the album.

The second single from the Southern remakes of 2014 Hindi movie Queen is out. The song is unmistakably Amit Trivedi soon after the first-minute mark. Of all the languages, including a characteristic rendition by Shreya Ghoshal in Telugu, the Kannada version wins. Supriya Lohith is at ease with the flow of lyrics in her mother-tongue; Sathyaprakash does a brief and lovely cameo. The album is expected to be out in March as is the movie.

It is almost a decade since AR Rahman’s ‘Semmozhi Anthem’ that brought together several singer-legends. Leon James tries to do something similar in his latest soundtrack for the Tamil political satire LKG. This ‘Thamizh Anthem’ features passionate words by Pa Vijay; and three big names, Vani Jayaram, P Susheela and L R Easwari, with such vocal clarity belying their ages.

Gopi Sunder is keeping up with the prolific nature he is associated with. He already has about 4 albums this year, including Kodathi Samaksham Balan Vakkeel. But Rahul Raj composes the best song of the soundtrack, ‘Then Panimathiye’. Harisankar (who sang the wonderful ‘Jeevamshamayi’ last year) renders the beautiful semi-classical number. The flute-mridangam combo evokes several hit melodies but works very well in this song.

After a stunning soundtrack for the Kannada film Katheyondu Shuruvagide, Sachin Warrier returns to Malayalam with Shibu. The first single ‘Pularum Vare’ is nothing short of what is expected of the composer. It is another semi-classical number in this list, again rendered by Harisankar; Warrier uses ‘Ni-sa-ma-ga-ma’ stretch as a great hook, and turns the song into an ear-worm.

‘Padhalu Bee Dhari’ composed by Shekhar Chandra, for the short soundtrack of the Telugu movie 118, checks off all the right boxes for a hit. It is a cheesy, filmy, romantic track (a throwback to some of the yesteryear melodies) that Nutuna Mohan renders so well.

After a couple of songs in Meyaadha Maan, singer Pradeep Kumar dons the full-fledged composer hat for the upcoming Tamil film Sillu Karuppatti.  The first song was out a few days ago, and it is getting a lot of love on the internet. A simple, sweet melody with a waltz rhythm going for it, the song raises hopes for the album.

Doctor-turned-composer Kiran Thotambyle makes his debut in the upcoming Kannada movie I Love You. The first song ‘Maatanaadi Maayavade’, released on Valentine’s day, is a lovely romantic number. Singer Armaan Malik is slowly and surely gaining presence and fanfare in the south.