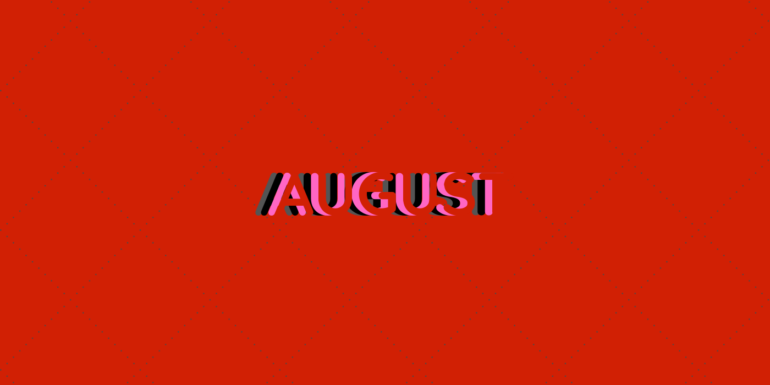 Chennai-bred Nitika Kurian has released her debut single ‘Phoenix’, a track she wrote almost a year ago on her guitar and has been performing at shows in the city since. The single has its production down to a T, credit to recording engineer and resident Madras Mail bassist Michael Timothy. Nitika has also heavily credited Elvis Gabriel for lending his guitar lines to the track. With ‘Phoenix’, the 19-year-old, quite tastefully, succeeds in creating a liberating break-up pop R&B track.

The 18-year-old Lahore-based artist has been making waves since Basement had him come on to sing ‘Resistance’, a track that was turning heads quietly. Even for a pioneering music industry like Pakistan’s, Siddiqui’s fresh electronic, English-language music might prove to be an important juncture in the country’s music timeline. The excellent production and effervescent melody it really hard to not dance along to ‘Terrified!’

The spot for the boldest release of the month has got to go to one of the songs on Heat Sink’s debut EP, Euphony. The opener, ‘Time Lapse’ dives headfirst into the band’s infatuation with complex time signatures and odd grooves. The track helmed by vocalist Meera Desai, skips and gallops along in the most unpredictable bursts of jazzy instrumentation. Her velvety smooth voice blends beautifully with the rest of the soundscape, making it one of the most cohesive and carefully crafted releases of the year. The lyrics mirror the density and complexity of the music. Although most of it appears to be left open to interpretation, they do mirror the desolate, pessimistic and existentialist themes of the rest of the EP.

Eerie, hypnotic and magnetic only begin to describe the experience listening to Mali’s ‘Mango Showers’. Multiple listens sucks you in like quicksand with its many layers and themes. Mali has managed to craft a timeless listen – a testament mainly to her sublime vocal performance and the lush production of the track. Her lyrics shower us with and expose our daily paranoia about making the right life choices. She draws an interesting parallel between the mango showers that caution us of an impending storm and the many red flags that pop up as we navigate life’s many hurdles.

Following the success of his track ‘Bari Barsi’, Bhopal, Madhya Pradesh-based trap and bass producer Paranox held a remix contest for the popping track. Hansel D’s gritty remix features shimmery beats and steely synths that work perfectly given the kind of drops the listeners of the genre demand. It stood out among several submissions and emerged as the winner.

AR Rahman – For Love (from Blinded by the Light)

The soundtrack for Gurinder Chadha’s latest English movie features two songs by AR Rahman, which is otherwise almost entirely helmed by Bruce Springsteen. ‘For Love’ is the song of the turf straddling Indian-American cultures and sensibilities that the director-composer combination is expected to play in. The feel-good song is a throwback to AR Rahman’s romantic tracks around the beginning of this decade (Jhootha Hi Sahi, Couple’s Retreat).

This recent song from the Marathi movie Khichik is a hidden gem. Simply by virtue of its existence, it represents the overwhelmingly high-quality content in the realm of regional film music – a kaleidoscopic spectrum across the country that is increasingly, and justly, eye-grabbing in the present-day streaming world. The composer duo Abhishek-Datta pulls off an utterly sweet, slow, jazzy orchestration, and heightens the drama throwing in the unlikely vocals of a kid to lead the mix.

‘The Greatest’ is not just one of the singles from Lana Del Rey’s latest release but also whose title echoes the standing of this project as her most fully realized album till date. Only Lana can make a spectacle out of filling the California shaped hole in her heart with mania and melancholy. “L.A. is in flames‚ it’s getting hot // Kanye West is blond and gone,” she whispers, attempting to grapple with the absurdity of the current state of affairs around her.

The gods of ambient seduction are back after taking the internet by storm with the release of a few singles, EPs and finally a album in 2017. ‘Heavenly’ sees Greg Gonzalez driving up the tempo by a few notches. The rich, dense textures haven’t gone anywhere but now exist in a space of urgency and tension. There is no time to play games anymore, no time to flirt with the idea of romance. It is now or never – acknowledge the electricity in the air or forget about it forever.  Greg’s effortless mastery of his upper registers forms a warm blanket around anyone who knows what unrequited love feels like. The track sees the band’s first attempt at breaking out of the “sleepy music” mould that most people trapped the band in until now, thus showcasing their songwriting abilities as more versatile and masterful as ever

Having already released the blues/folk/synth album Fishing for Fishies earlier this year, the band seems to have embraced a new narrative of environmentally conscious music. Their almost immediate follow-up, Infest the Rats’ Nest, carries this theme forward, and swaps blues and folk for crushing thrash metal. ‘Venusian 1’ sits firmly in the middle of this, a brief assault that yo-yos between time signatures in barely three minutes. At this point in the “story”, humanity has already doomed itself and turned Earth into a trash heap, Mars has been colonised by the rich. A ship sets out towards Venus, even with full cognizance of the consequences: “I heard there’s a holy yellow sky, Just make sure you close your eyes. Outside air will bring you death, Just make sure you hold your breath”. While nfest the Rats’ Nest necessarily rewrite the rules, it serves as to old-school, “Big Four” thrash metal. All the while sounding like a King Gizzard record, through and through.