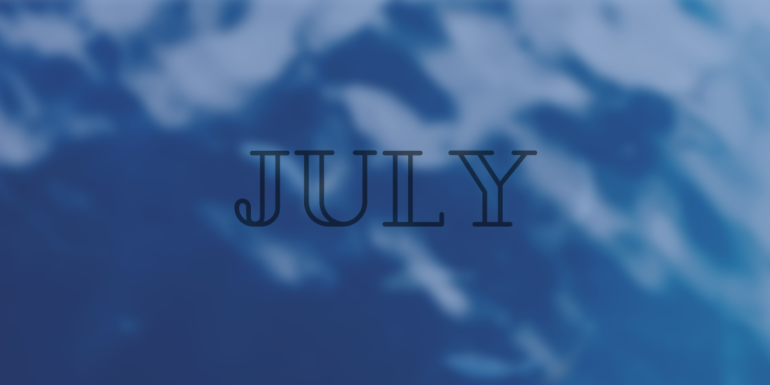 This month saw the birth of reggaeton ghazal, Midival Punditz new material, Sarathy Korwar come out with a smashing album, and the return of Sleater-Kinney.

Announced as a “reactionary outcome to the on-going sacrifice of the ecosystem and the planet for the continuation of industrial civilisation”, Audio Pervert’s latest release Extinction features ‘Never Too Smal’ – a track punctuated by the poignant words of 15- Greta Thunberg from her address at the United Nations’ COP24 conference. The ambient synths create an underlying pathos in the girl’s words, a call-to-arms to stand up and make a difference, make a change. The song ups its intensity towards the end, climbing towards a climactic crescendo, putting Greta’s words from and centre – “If a few children can get headlines all over the world just by not going to school, then imagine what we could all do together.”

The New Delhi electronic music producer duo has finally released new material since its 2015 album Light. The new 5-track EP comprises Gaurav Raina and Tapan Raj’s latest single ‘Rootha Yaar’ and its remixes by four ace producers in the scene. The remix by Abhishek Bhatia aka Curtain Blue employs energetic percussion from the get-go and builds up the track with bass and culminates with a vocal-chops heavy drop.

Metronomy – Walking in the Dark

The English electronic act, priming for their first release in three years with Metronomy Forever, carry forward their unique brand of psychedelia with ‘Walking in the Dark’. The reggae-tinged tune, led by a soothing piano arp, is a relaxant; the drums, sparse, unwavering and unobtrusive. The repetitive nature of the song allows the listener to soak in all its synth splendour while a chant of “Holler if you need me” provides the song’s reassuring refrain.

This is a moving performance (first of an upcoming series) put together by the folk ensemble led by singer Gazi Khan Barna, the Sarangi accompanist Bhangru Khan. Parvaaz does some fantastic arrangement of the proceedings. Follow the words closely in this track which features a powerful poem by Shah Lateef.

‘Mon Ke Bojhai’ is the latest Oriplast indie original folk song in our list. The track composed by Gaurav Chatterji explodes with energy and is extremely groovy. Sona Mohapatra is full of verve, backed well by Sahil Solanki.

Another indie original in our list, this time a Gujarati song composed by Sachin-Jigar. Penned by Priya Saraiya, and sung by Jigar Saraiya, this is easily one of their best compositions in recent times.

Tushar’s days in Rock Paper Scissors definitely gave him the strong fundamentals ad bluesy tendencies that he needed to come through with a solo effort. His debut single, ‘Groove Pool’ is a slick and suave pop tune with a smooth consistency that would slip between your fingers like butter. Tushar’s haunting and airy vocals talk about finding himself and his desire to be free.

The upcoming return of one of the world’s most beloved indie rock bands has been teased towards by a slew of well-received releases. Produced by St. Vincent like the rest of the album, ‘The Center Won’t Hold’ has managed to endure their recent lineup change by coming through with an industrial and noisy demeanour. The explosive and track sees the band taking serious risks and their new sonic direction is bound to be enthralling with their upcoming album.

American singer-songwriter ushers in the release of her new full-length album with its titular track ‘All Mirrors’ that swells in its synths and is undercut by a beautiful string arrangement. Olsen’s affinity for the askew is not new news. On an album about “owning up to your darkest side,” she draws in all her power and exercises it with tasteful restraint on the nearly 5-minute track.

Armed by a fiery sample, Bronx emcee MIKE’s third track ‘Goin’ ’ from his latest debut Tears of Joy may be short in length but makes up in spirit. Tears of Joy is a loving tribute to his mother, an attempt to wade through grief, tragedy and helplessness in a painful world as a 20-something.

‘Mango’ needs to be heard with really good headphones, or speakers. Each beat is placed with precision and envelopes the air around you, and the lyrics by London-based poet Zia Ahmed are powerful. Even though ‘Bol’ is the centrepiece of the album, the simpler and superbly produced ‘Mango’ deserves your attention too.

With his new track, ‘Dil Ki Khair’, Ali Sethi claims to have created a new genre, that of reggaeton ghazal. The song, Sethi’s jollification with Faiz Ahmed Faiz famous melancholic ghazal, features a host of celebrities dancing away their sorrows in a dimly lit fancy house somewhere in Lahore. Who would have thought some careless dancing would do so well for one’s misery, at least momentarily.