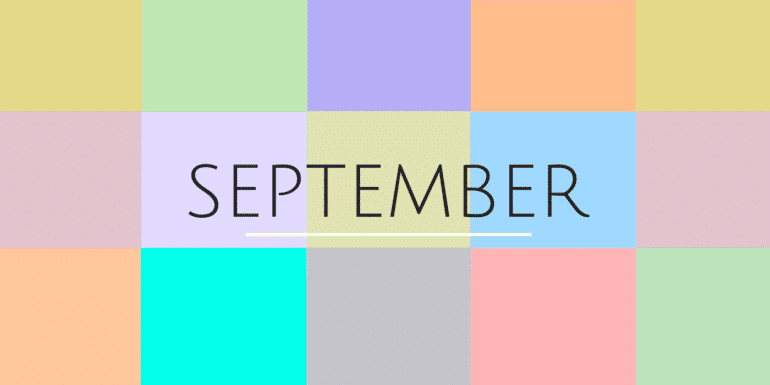 This month’s playlist features Vishal Bhardwaj, Raftaar, Paradigm Shift (among others) along with three songs by Santhosh Narayanan, who seems to be on a roll! 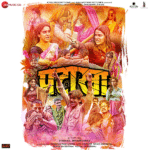 Vishal Bhardwaj always brings something new to the table and in the Pataakha album, the song he sings stands out for a quirky delivery with an emphasis on the ‘kh’ of ‘Pataakha’. The singer-composer delivers the song playfully, which definitely leaves an impression with the listener. 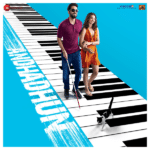 Raftaar and Girish Nakod have composed just one song in the Amit Trivedi album, the title track and somehow but it fits well that it sounds like its composed by Trivedi himself. Arguably the best song of the album — perhaps because we’ve heard the best of Trivedi a few weeks back in Manmarziyaan — Raftaar and Nakod’s composition stands out. 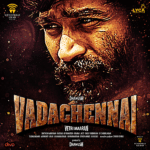 Sid Sriram’s silky vocals are bound to leave the listener mesmerised in ‘Ennadi Maayavi Nee’ as Santosh Narayan delivers a winner in VadaChennai. 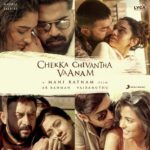 This song might not have the listener invested immediately but certainly starts making an impression as it progresses. It will have you hooked after a couple of listens. 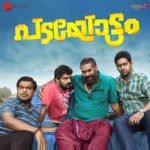 Prashant Pillai has been very selective in giving music to films. His latest, coming after quite a while, though not in his peak form, is still very good. The song is set in a vibrant Sufi style, with “mastam mastam” portions adding enough charm. 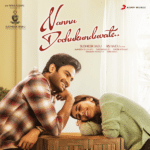 Ajaneesh has a remarkable consistency, evident in this latest Telugu offering. It is a mystery why Naresh Iyer doesn’t sing more often. The song has all the right elements that add up to earworm. 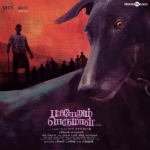 After a lukewarm Kaala, Santhosh Narayanan gets into stellar form in ‘Pottakaatil Poovasam’. Starting with an unusual harmonics (by Vijaynarain, though uncredited), the song slides into an incredibly groovy rhythm. Ananthu adds an unpredictable and wonderful classical touch at the end. Yogi Sekar and Fareedha are a great find for this song. It is not too early to predict this song is going to land up at/near the top in year-ender lists.

‘Kaarkuzhal’ is another winner in Vada Chennai rendered by a remarkable singer ensemble at their peak abilities. The song nails the flute-percussive portions, a pleasant throwback to ‘Halla Gulla’ of AR Rahman’s Bombay. 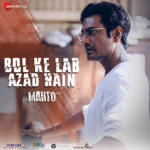 Sneha Khanwalkar is subversive — and successful once again with her work in Manto. ‘Bol Ke Lab Azad Hain’ is one of the best songs this year, with a novel orchestration, masterfully rendered by Vidya Shah and Rashid Khan. 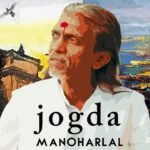 A group of passionate people have been forwarding the cause of independent music in India under the name of Zubaan for several years. After they released their first song based in the breezy Maharashtra, the group travelled to the narrow lanes of Varanasi. ‘Jogda’, the second single in the Pehli Pehel series by Zubaan highlights the struggles of an independent musician through the voice of Manoharlal, a Varanasi based musician and teacher who plays the flute and shehnai. 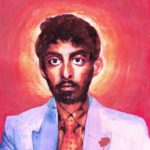 Suryakant Sawhney, frontman of well-known and deeply loved outfit Petercat Recording Co. has released another single under his alias Lifafa. This is the second single after ‘Ek Nagma’, which was released in August, from his upcoming album   The song has all the trippy elements of a crazy mind and Sawhney does not hold back on his creative output one bit. 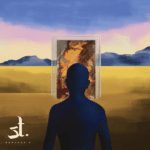 Sanjeev Thomas aka Sanjeev T got inspired for his latest 4-track EP St. at Benny Dayal’s wedding. On the EP, he orchestrates a variety of sounds from the south of India and the final product is inventive. ‘Smile’, the first song he worked on for this album, opens the EP with a lovely composition that clocks in over five minutes. 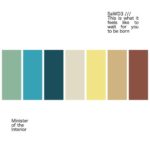 New Delhi and Paris based electronic artist Samar Singh has put out a trilogy of albums about musical dreams and depression over the past few weeks. Samar has been quietly but effectively changing the world of ambient music. All three albums of the Sounds are waking dreams to guide us in a sleeping world series are available for free on Bandcamp. ‘Zamaana hi Davaa Hai’ is a part of the third volume This is what it feels like to wait for you to be born. 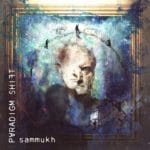 Over the years, Mumbai-based Hindi prog-rock band Paradigm Shift has concocted and perfected a sound that truly makes it stand out from the rest. ‘Aazaadi’ from its sophomore full-length release Sammukh is a perfect piece that showcases the band’s musical, technical and lyrical prowess. ‘Aazaadi’ melds prog-rock and Hindustani elements with a sophistication that results in a track that us banging as well as soothing. 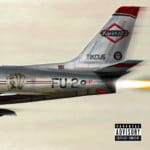 Eminem dropped his tenth studio album Kamikaze on August 31 and took everyone by surprise. Everyone from Donald Trump, mumble rappers to his ex-wife and your neighbour’s puppy was in his line of fire. In the title song, Eminem targets white rappers, especially Machine Gun Kelly, with the wit and charisma everyone loved during the Slim Shady era. His surprise album is still charting at number one.