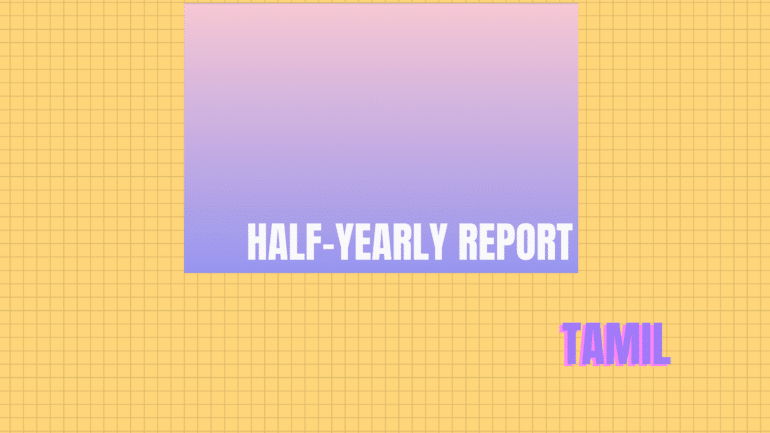 It has been a low-key year for Tamil film music so far. The first half of 2018 did not have much to offer by way of memorable and rounded soundtracks (not even chart-buster albums). However, there were lovely melodies, ear-worms and massively well-received hits.

Seminal composers like Ilaiyaraaja (despite scoring for two movies in early 2018, Bala’s Naachiyar and Priyadarshan’s Sila Samayangalil, that did not have soundtrack releases) and AR Rahman were conspicuously absent, while up-and-coming composers like Sam CS and Darbuka Siva delivered successive winsome tracks. Usual suspects Anirudh Ravichander and Santhosh Narayanan had a pretty good first half as well.

The first half also witnessed resuscitation of early tunes of M Ghibran, composers from neighbouring states, Ajaneesh B Loknath and Govind (Menon) Vasantha, holding Tamil audience in a good grasp, as well as lots of interesting music from indie projects.

TSK, as fondly abbreviated on the internet, is one of the earliest soundtracks to release this year. ‘Sodakku’ is the most popular song, no doubt; but the title track is very representative of the film, the soundtrack and brings forth the most-connecting elements in Anirudh’s compositions. The choreography and the staging of the song add enough cheer as well.

It is good to see Yuvan Shankar Raja back with a song as this; of quality that was associated with him, when he was churning out hits at a remarkable pace in mid-2000s. Sid Sriram is having a great year in the South, and it shows in this song.

Govind Vasantha (Govind Menon of Thaikkudam Bridge fame) debuted as a full-fledged composer in Tamil earlier this year with Asuravatham. This moving composition is sung by Ananthu, who usually aces this genre. The song has a sweeping violin orchestration (which the composer wields).

Joshua Sridhar has been one of the most under-utilized composers for a decade now. His Oru Kuppai Kathai earlier this year stands to attest. The song here carries his signature, and in fact, it screams Joshua Sridhar right at the beginning, a lucid throwback to his Kalloori days.

Santhosh Narayanan delivers a soundtrack of a familiar palette for yet another Rajinikanth starrer, Pa Ranjith directorial, Kaala. ‘Kannamma’, evoking ‘Vaanam Paarthaen’ of Kabali, is a beautiful melody, with similarly moving vocals. Pradeep Kumar, who is perhaps the most exciting vocalist today in Tamil, brings out pain and desperation in the wonderful simile-laden lyrics by Uma Devi.

Director A.L. Vijay got some of the career-best compositions of his consistent collaborator-composer GV Prakash. With Diya, he turned to Sam CS for tunes (the duo already have had two soundtracks this year, the other being Lakshmi). ‘Konjali’ is a unique song in Sam CS’ increasing repertoire, with its elaborate percussive arrangements and sounds very much in the ambit of composer Sharreth.

Thaman broke out of a long lull in Tamil music early this year with this song from the forgettable movie Sketch. An immensely likeable melody, the kind that Hariharan would breeze through, but Deepak Subramaniam does a pretty good job. Shashaa Tirupati has an unusual discomfort with the lyrics, but her presence is generally lifting.

A single from Vanjagar Ulagam was released a couple of months ago, composed by Sam CS. It is a beautiful fusion track, featuring traditional lyrics (harking back to a similar and a wonderful attempt by Yuvan Shankar Raja in Kanda Naal Mudhal), and a solid metal orchestration throughout.

Tamizh Padam 2 is the most surprising album this year because it exceeded everyone’s expectations, given it is a spoof movie. ‘Kalavarame’ sung by Chinmayi and Pradeep, two of the best singers today is a fantastic composition, straddling semi-classical territory, and unusual delivery of lyrics to put it mildly.

Chronologically the latest in the list is M Ghibran’s composition for Kamal Haasan’s sequel to 2013 hit Vishwaroopam. The song (perhaps composed three years ago) is very much a throwback to the early days of M Ghibran and his way with sounds. The highlight of the song is Kaushiki Chakraborty who is hardly heard in film songs.

Sam CS is yet again on the list with Mr Chandramouli that features his best song of the year thus far. This time he gets behind the microphone himself, alongside Chinmayi who is in stellar form. A high-intensity affair with shades of rock and a charanam with a quirky construction that throws one off the main hook, this song ranks high in his compositions.

Vijay Antony almost unfailingly delivers a fine song in each of his films. This time in Kaali, he constructs a ravishing, hummable melody in ‘Arumbey’. Beginning with a strain of Hamsanadham raaga strongly reminiscent of Ilaiyaraaja’s ‘Isailyil Thodangudhamma’ (Hey Ram), the song holds sheer delight throughout. Everything goes right for this song, with singers Nivas and Janaki Iyer in remarkable form.

Nimir is another early soundtrack of the year and a very solid one. ‘Nenjil Maamazhai’ by Ajaneesh Loknath is a soaring melody, but Darbuka Siva emerges victorious. A fantastic solo, tending to be a semi-classical composition thanks to the vocal nuances of a brilliant Sathyaprakash, ‘Geedhaara Kiliye’ is our pick of the first half of 2018.

Listen to the playlist on Apple Music