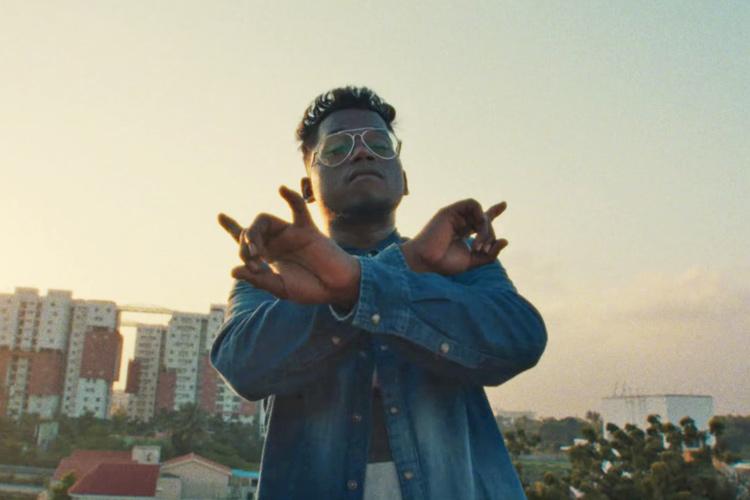 Chennai-based Arivarasu Kalainesan aka Arivu has managed to become the face of Tamil rap down south, with his politically charged verses and blistering flow.

In support of the anti CAA protests that have been raging in the country since December 2019, Arivu released a track called ‘Sanda Seivom’ (Let us fight) earlier this year. The song is, in essence, a rallying cry through its informed lyricism, a jolt meant to rouse revolution through sheer force and power of the truth. “They grabbed our lands, exploited our resources. Generation after generation refused to touch us, segregated us into separate religion and castes. Them getting rich by exploiting our work is our history. We cannot forget that’’ seethes Arivu in Tamil as he wags his finger in front of the camera propounding the listener to always remember.

The track begins with the first lines of the national anthem sung against a folksy African groove which forms the rhythmic mainstay interspersed with what sounds like a ‘Magudi’ or in other words, the snake charmer’s flute. The vocal delivery is reminiscent of a freight train hurtling across barren desert lands at full pelt and demonstrates Arivu’s upbringing influenced heavily by a steady dose of Arivoli movement songs, Dalit cultural nights, protest meetings and a lot of reading. The chorus “Sanda Seivom, Vaada Tamizha. Sanda Seivom, veedhi ki yarangi, Sanda Seivom,wonna seindhu, Sanda Seivom, Urimaiya piricha!” will long be seen as a call to unite the oppressed against the oppressor.

The rapper has also released an album called Therukural (Street verses) which is a play on Thirukural (Sacred Verses) a Tamilian literary classic that contains 1330 couplets or kurals.