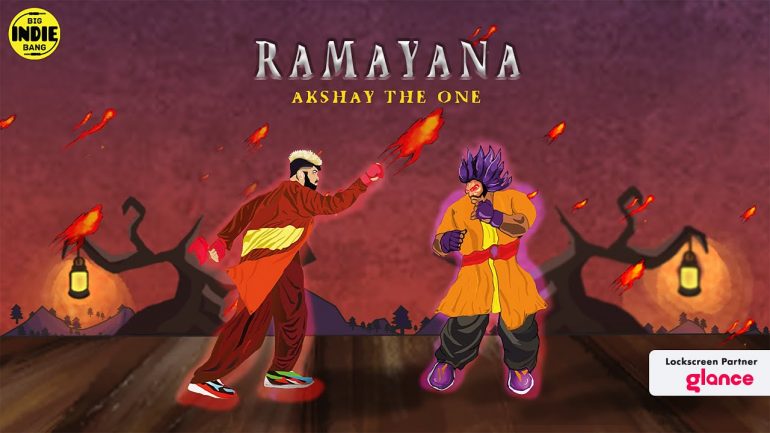 Watch: Ramayana by Akshay The One

Centered around a campy-but-catchy beat, straight outta Ludhiana boy Akshay gives his anger a free hand to raise havoc. Raging at the everyday indignities of Indian society, he doles out a heavy helping of condemnation. Branding his track as “Kaliyuga ka aaina“, Akshay’s poetic chops make their mark.

His cutting rhyme is backed up by the quirky-yet-ominous visuals of a fascinating music video. Drawing on the cartoon-crafted elements that made arcade games forever memorable (if not profitable), Akshay hams his way through “training“ and “battle“. A particularly jarring (and hilarious) scene is that of the rapper being showered in plastic dolls (instead of flowers); its meaning is up for grabs, so interpret liberally.

At less than 3 minutes, the track’s only flaw is that it’s ending is too abrupt. Perhaps that is intentional, but it leaves listeners feeling as if the artist has left his point unfinished.

As winner of the second season of singing reality show Dil Hai Hindustani, Akshay doesn’t have much to prove regarding his skills, be it in the realm of composition, performance or production. His rage is a delectable creature, and the music emerging from it promises the emergence of a formidable talent in the country’s hip-hop milieu.