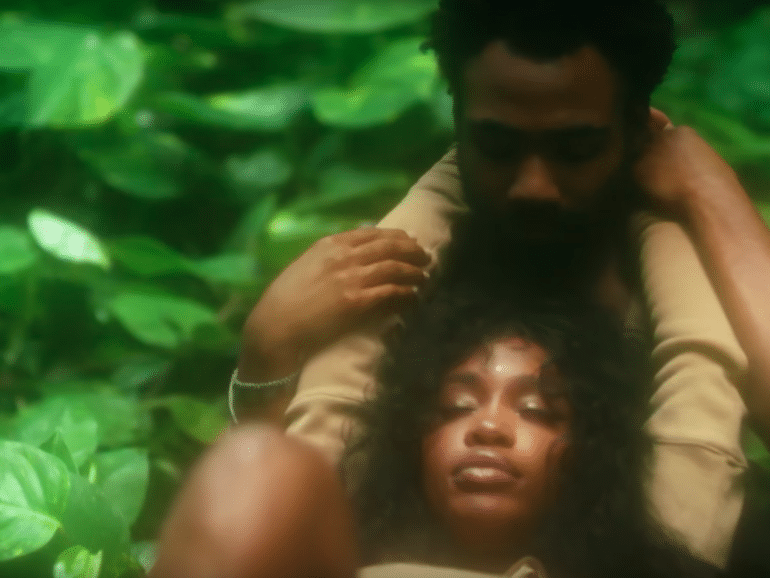 Donald Glover is at the peak of his career at the moment. His ‘This is America’ video has gone viral, for all the right reasons, Atlanta‘s second season has been critically acclaimed and there is talk of a spinoff for his Solo: A Star Wars Story pansexual character, Lando Calrissian.

At the moment though, we are talking about his portrayal of SZA’s tropical lover on the latter’s track ‘Garden’. The song is off SZA’s brilliant album Ctrl, that itself received accolades and praise last year.  SZA had a brief cameo in Glover’s ‘This is America’ video that he released as his music alter-ego, Childish Gambino.