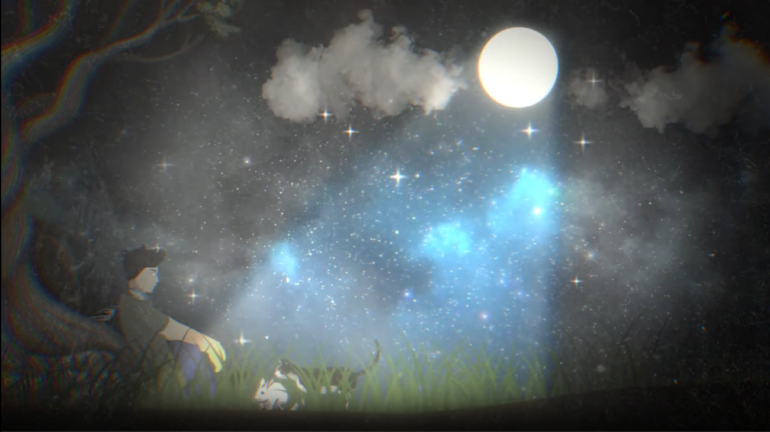 It was on January 1, 2020 that New Delhi electro-rock artist Viraj Mohan aka Karajimo set the release date for his first single ‘Lunar Howl’ for April 1, 2020. It’s an understatement to say a lot has changed since then for the world.

Mohan – a regular on the Delhi scene starting with prog band Another Vertigo Rush and then being part of Midival Punditz, GRAIN and SundogProject – wanted to play “an elaborate prank” too for April Fools’ Day, when he would release the song, which is the title track off his debut album (out in May). But since we’re very much in the midst of a world grappling with a pandemic, only the release has gone according to plan for Karajimo. And the producer-guitarist is totally okay with that.

‘Lunar Howl’, which features fellow Delhi vocalist-producer Abhishek Bhatia (Curtain Blue) adding his spectral vocals, also has an animated music video created by Dhruv Sharma. The lo-fi aesthetic sets up the spooky theme of how the moon can affect our minds. Also contributing to the song is guitarist-producer Rahul Das, who wrote the somewhat abstract lyrics.

While this may be the first official studio release from Karajimo, the project has been around for nearly a decade. Mohan (and vocalist IP Singh from Faridkot) teamed with Pepsi MTV Indies in 2016 to release ‘Mombattiyan’ and also collaborated with New Delhi’s Khatarnaak Hip-Hop Collective for ‘Pushing Through’ on management company 4/4 Experiences’ crossover album The Clash.

In between performances at places like Control ALT Delete in 2017, a live band was formulated, but Lunar Howl has been in work in progress for four years, according to Mohan. He says, “We did perform it like four or five times in the last five years, and every time we did, we experimented with how it should be presented live. It’s taken four different turns, and now I think I’m quite happy with how it’s different on record and different live.” The live band currently comprises Bhatia, drummer Anshul Lall (both from experimental rock band The Circus) and bassist Nikhil Rufus Raj (from Superfuzz, Another Vertigo Rush and more).

Mohan worked with ace producer-guitarist and fellow Delhi-origin musician Keshav Dhar (from Skyharbor) on the mixing and mastering of the song and the record. Karajimo’s journey has been long but there’s clarity now more than over, even in the fact that he’s putting himself out more in public to promote the music. Mohan says, “It’s been exhausting and annoying but weirdly satisfying. I’m not used to promoting myself or my art on social media. This is very, very new to me. I’ve had to ask my sister (Vedika Mohan) and management (Warpcore – Sahil Mohan Gupta) for help about every post or update or anything that needs to go up and look right.”

With more singles and the album due next month, Mohan says it’s also therapeutic to put an album like Lunar Howl out there. “There is a lot of toxicity attached to this album, and it all starts with this particular song. So I wanted… more needed to get it out of the system. After this single, I’m releasing the whole album with another small surprise. The plan shall slowly reveal its self over the summer,” he concludes.