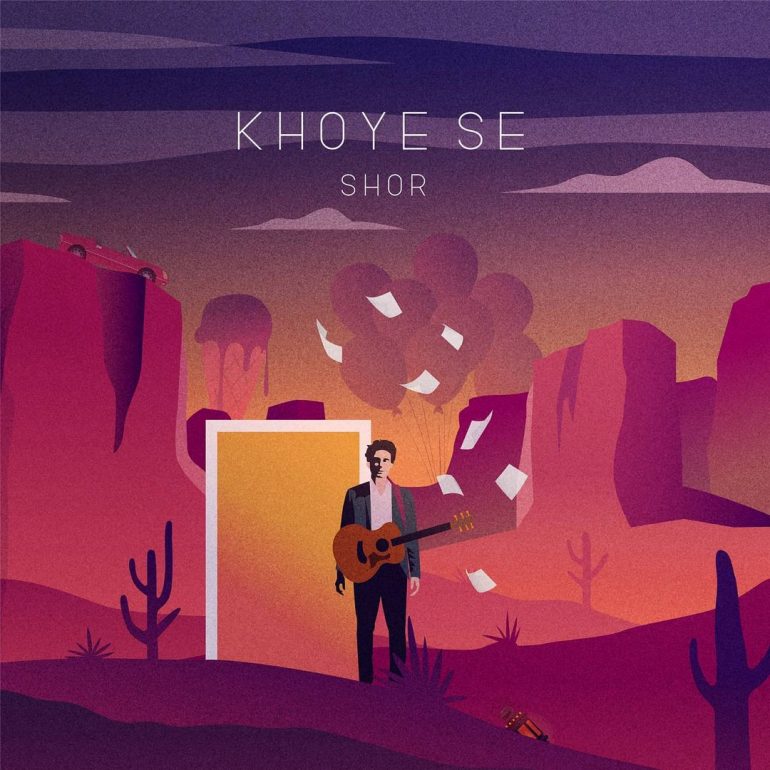 Songwriter-composer SHOR aka Rohan Shetty, currently based in Bengaluru, has debuted theatrical new visuals for his electro-pop earworm, ‘Khoye Se’, released via new sub-label Big Indie Bang. It is the latest in a string of whimsical music videos the artist has been putting out over the last one year.

The track was inspired by his observations on the drudgery of daily life-how we have all become prone to disconnecting with the world and slipping into auto-pilot. The colorful palette does an excellent job of breaking this stifling monotony, while offering heaps of social commentary.

“I drew up a situation where two strangers, drifting through life, would meet and feel an immediate connection and for a little while being the most carefree versions of themselves,” explains Shetty.

Featuring inventive set design, heart-warming animation, and fun choreography, the narrative follows a couple as they fall in love and get married. Crashing the party are the chaos and stresses of life, represented by a cast of wacky characters enslaved by their own vices. It will take you a couple of plays to spot the cheeky details that make for such an immersive experience.

“I wanted the whole production to feel like it’s set in a mystery movie, so the song gradually builds up to this huge climactic moment,” he adds.

The video was directed, edited and animated by past collaborator Sanjna Krishnan. The two have previously worked together on several music videos for SHOR’s tracks, including ‘Tera’, ‘Ruke Hue’ and ‘Behkay’.

‘Khoye Se’ is the first release under Big Bang Music’s new property, Big Indie Bang, which is helmed by singer-songwriter Raghav Meattle. All set to change the definition of commercial music in the country, Big Indie Bang is an incubator for new artists to take their music to new markets. “The independent music scene has always been limited in resources, scope, reach, marketing platforms… it’s time to change that!,” says Meattle.

In December 2020, Meattle and Shetty jointly released the track, ‘Zindagi’. He instantly fell in love with ‘Khoye Se’ when he heard the demo. “I knew that with a little bit of support, they (Shetty and Krishnan) would be able to come up with something spectacular.”

Shetty calls the video a milestone, and his most challenging and fulfilling project with Krishnan yet. “Sanjna’s done all the post-production work by herself. We were a really small team working on everything it took to bring the idea to life. Big Indie Bang trusted us and gave us complete liberty to accomplish our vision,” he says.

For now, the singer-songwriter is hard at work crafting new singles to be released in the coming months. More collaborations are in the pipeline, and he also plans to dabble in new genres. Look out, too, for Big Indie Bang’s next release with an all-new artist next month.