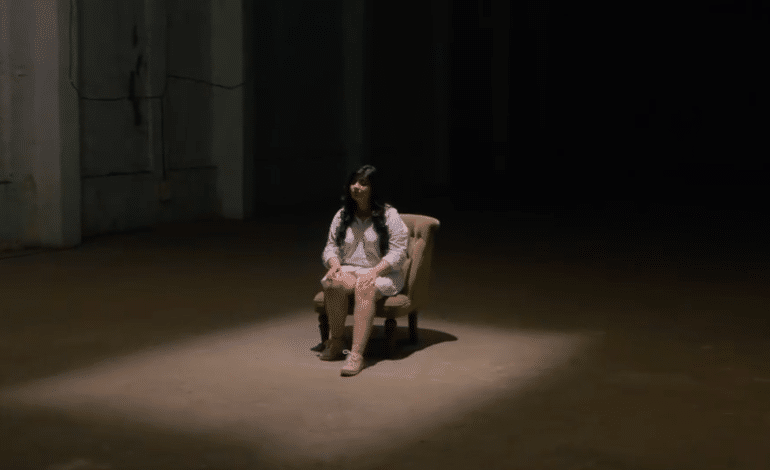 Hanita Bhambri, an upcoming female singer-songwriter based out of New Delhi, has put out her first studio release ‘Let Me Go’ with a powerful video to go with it. The song sees Hanita embrace her insecurities and weaknesses and use her voice to fight the judgmental people she is surrounded with.

Through her lyrics, she attacks the forced need of pleasing everyone, de attention and conforming to trends. She exclaims, “the chains are choking me now” and beautifully expresses this emotion in the video by sitting still on a chair as a parade of people dressed the same way run around her aimlessly. She has had people pick out her flaws but now she wants to “breathe every moment I have lost.” The last underwater shot of a woman swimming across the scene is reminiscent of a shot from the opening credits of Bojack Horseman, a show that also revolves around the life of its very vulnerable and insecure protagonist.

The song has been produced, mixed and mastered by Miti Adhikari, a great name to have on your credits list. Behind these powerful words and strong imagery is a team of extremely talented people, and the product is sincere and moving. The video is directed by Ishani Das, who has also worked together with Hanita Bhambri on conceptualising this stellar production.

Through ‘Let Me Go’, Hanita has set the bar really high for her upcoming album and has added another release to the string of commendable independent releases that have come out this year over the last seven months.