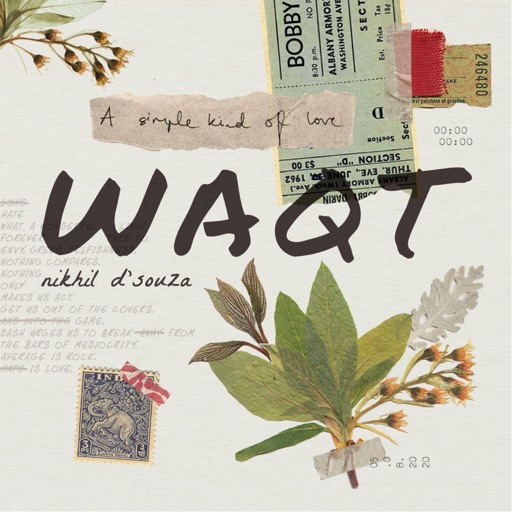 Nikhil D’Souza has been keeping himself busy in 2020. After releasing two singles in the first half, the Mumbai-based singer released a four-track EP on Friday, titled Waqt.

The EP progresses in production, with ‘Thode Se Kam’ featuring a very bare-bones guitar strumming, while ‘Gaye Zamaane’ introduces an electric guitar along with dynamic percussions. However, ‘Teri Tarah’ is the standout track from release; it allows lyricist Pinky Poonawala (who has written all songs on the EP) to exhibit her songwriting skills while maintaining his trademark sound. ‘Hairaan’ is a good closer, and will be a staple feature in countless “mellow” playlists.

“To be honest this EP wasn’t written with that theme in mind but when I picked these four songs they seemed to call out to memory; echoes of the past and little hopes for the future,” said D’Souza, writing about the release on social media. Describing the collection of songs as “mostly about love”, he further adds: “then again they would stand firm when describing other close relationships.” D’Souza also played Waqt in its entirety, along with some of his biggest hits during an online gig on Friday night. With the nearly 70-people audience full of praises and clamouring for more, this might not be the last gig we see from him this year.

After featuring on Khwaab’s single ‘Yahin Kahin’ in February, D’Souza released a twin-track single named ‘People’ in May, which features renditions of the same song in Hindi and English.

Having already been part of a few Bollywood soundtracks, D’Souza has become one of the most famous names in the Indian indie scene. He gained widespread acclaim after featuring on ‘Sham’ from Aisha in 2010 but took some time to come into his own and release independent music.
That makes all the more difficult to believe that this is only his second proper release, after his debut EP Simple Kind of Love came out in 2018. Hopes are high for D’Souza’s next full-length release, whenever he decides to drop that.