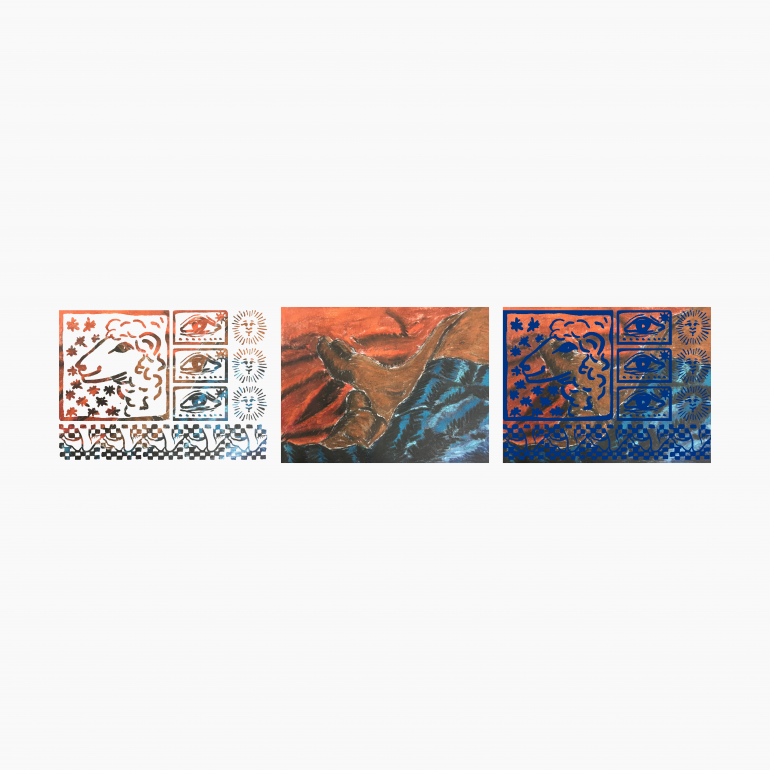 With ‘Winter Winter’, Baroda-based singer-songwriter, Shashwat Bulusu paints for us (quite literally) a brilliant showcase of contemporary art. The video is a sonic art piece launched two years after his initial release of the singles ‘Playground’, ‘Forestfire’ and ‘Sunset by the Vembanad’ in 2019.

The 3-minute track embodies multiple forms – auditory, visual and physical – engulfing one’s senses in a hugely inventive way, exposing Shashwat’s versatility as an artist. He stitches the piano-heavy soundtrack with his own paintings, a few brush strokes into a dream. Drenched in an earthy colour palette, the video births a unique union of melancholy and hope. He says, “The video is a natural extension of the free form sound of the song. I asked my friend Saloni, a dancer, to depict her interpretation of the song as a movement, and I painted it.”

‘Winter Winter’ starts out with carefully curated layers of piano but reaches an unexpected zenith about a minute in. The mellow is lifted and the track is thrown into a feverish, bittersweet high with Justin Vernon-esque vocal delivery and equally experimental visuals. Shashwat makes this style his own, resonant with the emotional course of the piece – vague yet perfectly nostalgic.

While the video is a depiction in the form of a painting, the song itself is not intended to have a meaning. As Shashwat says, “‘Winter Winter’ is the sonic equivalent of subconsciously doodling while being on a call. It’s probably the result of an outburst.” If breakdowns can birth (multi) talents of such scale, then well, they aren’t too useless after all.

A product of irrepressible imagination, the mixed-media project is a refreshing addition to the indie scene – one sure to impress those who keep an eye out for successful avant-garde ventures, as this is.