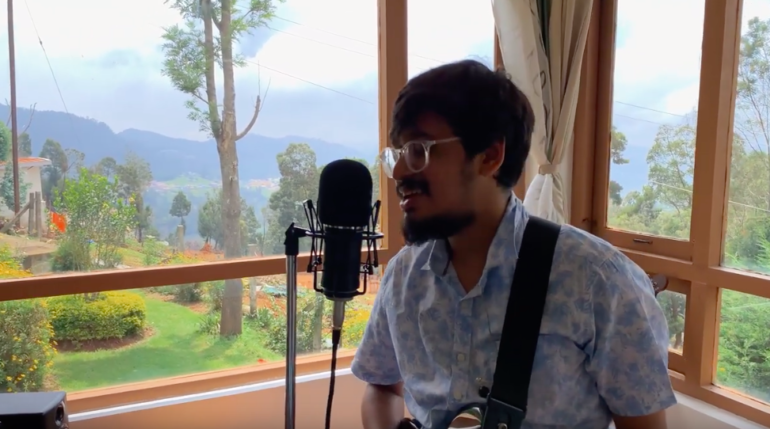 The video opens up in the middle of a seemingly endless canopy of lush green stretching out into the horizon. It is set in a room filled with dozens of keyboards and musical instruments. In what is most definitely a dream sequence, Mathur steps upto the mic. All his years of passion for music and his bluesy roots from being the lead singer of a blues rock band have lead up to this one moment.

The first few notes that he plucks on the guitar promise three very exciting minutes ahead. His laid back and dreamy approach to production and instrumentation takes up the shape of the room that you’re in. The plucky staccato strings and subtle, pulsating psychedelic synths form the underbelly of what is an incredibly immersive experience. The cherry on top is his incredibly understated and airy vocal performance as he sings about his desire to be free, to be himself and to live on his own terms.

Mathur’s debut track takes the best of folk rock, indie pop and dream pop and packages it into an unforgettable experience.