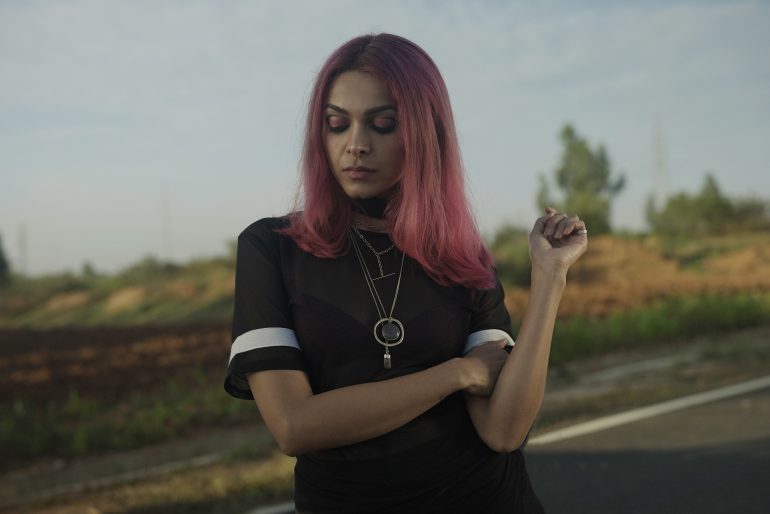 Watch: True of The Three by ANJ:LI

With the release of ‘The Game’ in December, Anjali Sankaran kicked off a drawn-out campaign under her moniker ANJ:LI, one with the intent of releasing more singles in the coming months of 2021. The RnB singer had previously released rearranged covers of tunes like Harry Styles’ ‘Watermelon Sugar’ and Beyonce’s ‘Brown Skin Girl’ to reasonable success. ‘The Game’ began the artiste’s move towards establishing a repertoire of originals, the most recent follow-up being ‘True of The Three’.

“‘True of the Three’ is a sarcastic little song that was inspired by an ancient curse for book thieves that I read as a child. The curse wished the ghastliest things upon those that borrowed and did not return books!” Anjali spins this into the woes of a disgruntled ex, the immediate sadness morphing into an inconvenient irritation. The song’s trappy 808-style production comes from co-conspirator Jonathan Wesley, who is also responsible for the song’s mixing and mastering.

The video, conceptualised and edited by Kevin Joseph, has Anjali resume work with Who Made This Films, the same crew that worked on visuals for ‘The Game’. “The idea was to just have fun with it. We didn’t want to tell a complex story through the video this time; it was meant to match that same cheeky vibe of the lyrics, with the colours and the wardrobe to add to it.”