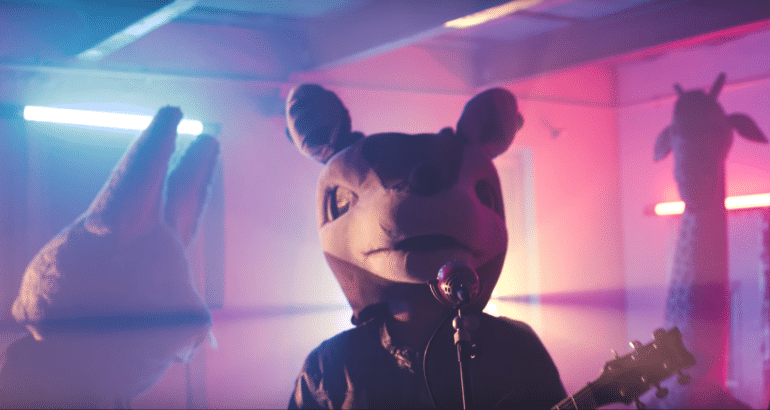 Mumbai indie and alternative rock outfit The Koniac Net have returned to the airwaves after half a decade of studio silence. The band blew a crater on the face of not just the Indian rock scene but turned heads all over the globe with their 2012 debut album, One Last Monsoon.

The band dropped ‘Crawling’,  a new single accompanied by a surreal music video. It is a quintessential indie rock song with moody, soulful guitars and unassuming percussions. David Abraham strums away while delivering powerfully optimistic vocals.

The music video is beautifully shot by Krish Makhija and directed by Jishnu Guha. The video feels grounded and intimate due to the use of hand-held shots, warm lighting, close-ups with the intensity slowly building up as the editing gets more sporadic. Most of the video is shot in what appears to be a pub with the band performing while adorning cute animal costumes and ends with a couple running off into the dark.

Their previous record saw the band drawing from various influences such as Death Cab for Cutie and the Smashing Pumpkins while offering a refreshing take on the genre. This, along with their 2014 EP Abogenesis earned them worldwide recognition and airplay on over 160 radio stations across 33 countries.

The band is set to release their brand new project titled, They Finally Herd Us, slated for March 29, 2019.