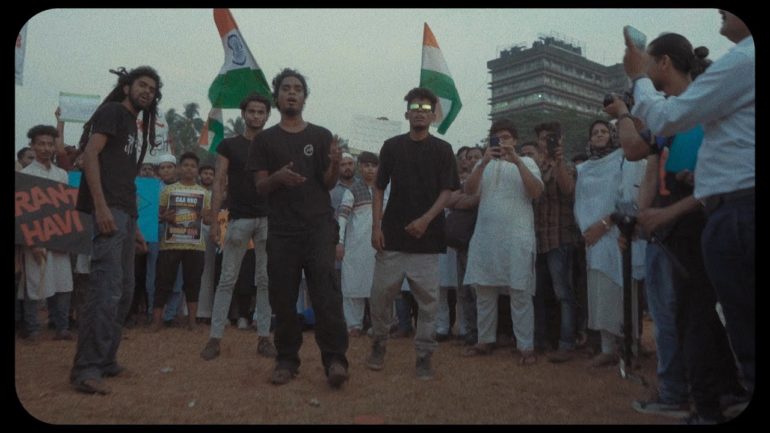 Watch: Swadesi register their discontent with the regime on ‘Kranti Havi’

A cornerstone of Indian, specifically Mumbai, hip-hop, Swadesi has never shied away from speaking uncomfortable truths. The multilingual outfit first registered their discontent with the society when they released ‘Laaj Watte Kai’, a protest song against the 2012 Delhi gang-rape. A single, ‘The Warli Revolt’ was released last year in the wake of the unrest surrounding the clearing of Mumbai’s Aarey Forest.

With ‘Kranti Havi’ (we need a revolution), the group enlists MC and reggae proponent Taru ‘Delhi Sultanate’ Dalmia, no stranger himself to the world of activism, be it from his work with cohort Begum X or with The Ska Vengers. Dalmia opens the track with references to Bhim Army chief Chandrasekhar Azad and intifada, a clarion call for everyone to ‘get together and do their part’.

Contextually, both the track and accompanying video use the country’s recent logjam with the government over the NRC and CAB as their backdrop. Addressing large-scale injustices by the current “regime”, Swadesi’s resident MCs Mawali, Tod Fod and 100RBH spit fire through gritted teeth. Issues brought forward include beef bans, Bhima-Koregaon, Jay Shah and waves of intolerance from both government and the vitriolic public.

The video features the outfit at recent anti-CAA protests in Mumbai, encircled by peaceful masses, disgruntled by the same evils. It’s almost easy to lose Tod Phod as he sits amongst the crowd during his verse – indicative that the revolution can come from anywhere.

The single is the group’s first from their upcoming record Chetavni, which releases on the February 7 via Azadi Records.