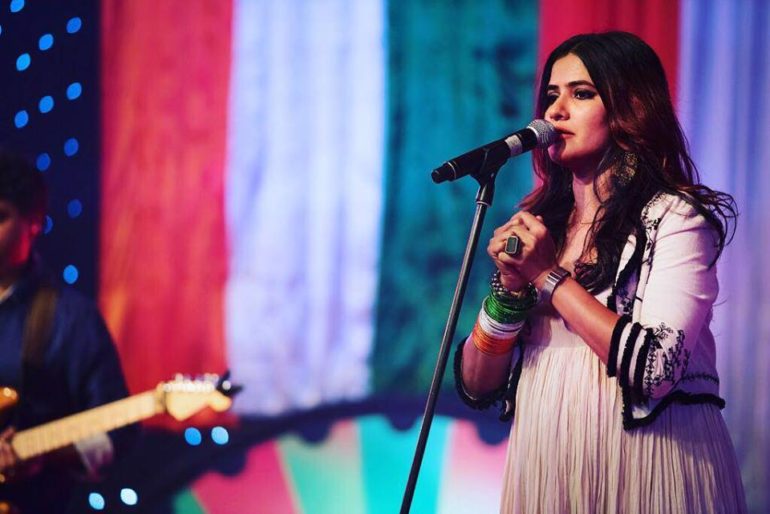 In a Facebook LIVE acoustic session, Sona Mohapatra previewed ‘Shyam Piya’ ahead of its release and spoke about the journey of Lal Pari Mastani.

It doesn’t come as a surprise that Mohapatra, who has always been outspoken about a number of issues (even during her live session, she spoke about how few female voices are heard even in the mainstream radio, and the ongoing Papon controversy that should serve as a lesson for everyone) finds her inspiration from a powerful woman in Indian history, Meera, whose poetry serves as the lyrics of ‘Shyam Piya’. Mohapatra said, “Meera has inspired me and has been a guiding force all my life. She preached the ideas of compassion, love and equality. She entertains you with beauty and her bhakti. She wanted to change things around her”.

Speaking about the Lal Pari Mastani, composer and producer Ram Sampath said, “We decided in 2009 that we wanted to make timeless music, and take the past into the future. Lal Pari Mastani is a journey that will evolve as the year goes by, and we’re very excited about it”.

Mohapatra calls Deepti Gupta, the director of the video, her “soulmate”. The unique vision of the crew behind the song is illustrated through the fact that the music video of ‘Shyaam Piya’ is a 360-degree video, which Mohapatra claimed is the first of its kind in India.

Composed (and reinvented) by Ram Sampath, the song has been beautifully rendered by Sona Mohapatra, in her trademark soulful vocals. Apart from the prestigious Mercury Music Prize winner Talvin Singh, who has been credited as a featuring artist for his wonderful tabla accompaniment, Sanjoy Das plays the guitar on the track that features predominantly towards the end.