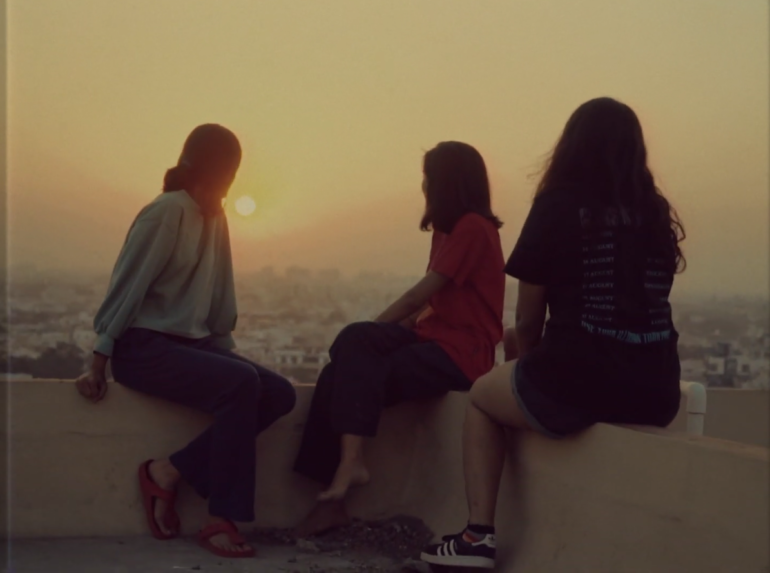 Shashwat Bulusu released his debut track ‘Playground’ earlier today. Sundays are usually the equivalent of a playground for adults, and the music video for Shashwat Bulusu’s video is befitting.

The Baroda-based singer says that the song is about “the emotions I felt as a kid from the moment I started my march from the classroom to the playground. It includes everything from joy, freedom, raw happiness to borderline arrogance and pompous-ness”.

The song showcases Bulusu’s falsetto, as well as a strong composition that oozes charm. But let’s talk about the instantly captivating music video.

The ‘Playground’ video navigates a Sunday for three young female flatmates. The beauty here is in the mundane. The day starts starts with a cup of coffee, scrambled egg, and it goes on.

Directed by Hetan Shah, it is the small details in the video that make it remarkable. Getting up and going to the balcony to take a phone-call, watching something on the laptop together after the unpleasant phone-call. Just like the rest of the video, the presence of the Chelsea FC flag did not require to be overstated, but it made the point to the viewer. Perhaps explaining its significance here would also do this superb touch, some injustice.

Shashwat Bulusu’s ‘Playground’ is a fantastic change from what can often sound as very formulaic indie music. The music video only adds to the charm.