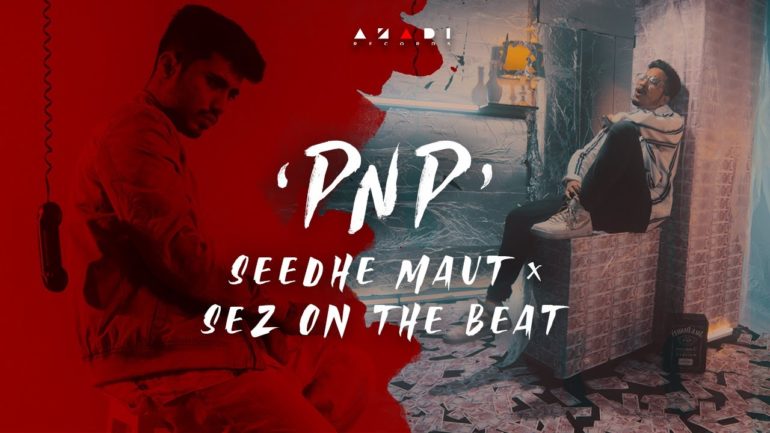 Straight from the bloodthirsty hip-hop scene in New Delhi and into the lap of Azadi records, the explosive duo Seedhe Maut does not plan to stay silent in 2019. After amassing a fanbase to envy, Encore ABJ and MC Calm released their collaborative debut EP 2 Ka Pahada in 2017 and their debut LP Bayaan in late 2018 to rave reviews. In these two projects and their electrifying live shows, the duo project an authentic, yet bold and aggressive front as they talk about their dense subject matter. Producer Sez on the beat makes a prominent contribution to the record with his minimalistic trap beats, especially on ‘PNP’, which has recently received visual support.

The song’s production is minimalistic but by no means humble. The slick middle eastern tune over heavy trap beats sets the track in motion. Encore ABJ’s sleek and aggressive delivery coupled with MC Calm’s passive-aggressive mockery creates an impeccable and uncompromising hip-hop experience. Seedhe Maut manages to put up a united front throughout. Beneath its seemingly superfluous glorification of money and drugs, the track’s in your face lyrics also feature undertones of teamwork, unity, hard work and getting your hands dirty. Their lyricism is catchy, creative and at times tongue-in-cheek with bars such as “Abhi gaadi gear me Nike paer me”.

Producer Sez On The Beat, who’s been the principal beat maker behind a majority of Azadi Records’ releases explains that Bayaan was a collaborative album which really allowed the group to create something special and unique. “Having the opportunity to work with Calm and Encore on creating a sound and exploring the narrative of a young person’s testimony in this world was amazing, and I’m really proud of what we’ve managed to do together. Paisa Nasha Pyaar is an embodiment of that,” he adds.

Not straying too far from the “Pyaar, Nasha, Pyaar” ethos of the track, the video features bold and in your face imagery centred around success, wealth (with the new pink notes), fame, Nike shoes and Jack Daniels’ bottles. Every frame by director Karan Shelar aka Canfuse – the dunes of notes, Encore ABJ made to look like a puppet, and his hilarious drunk stupor at the end – is striking.