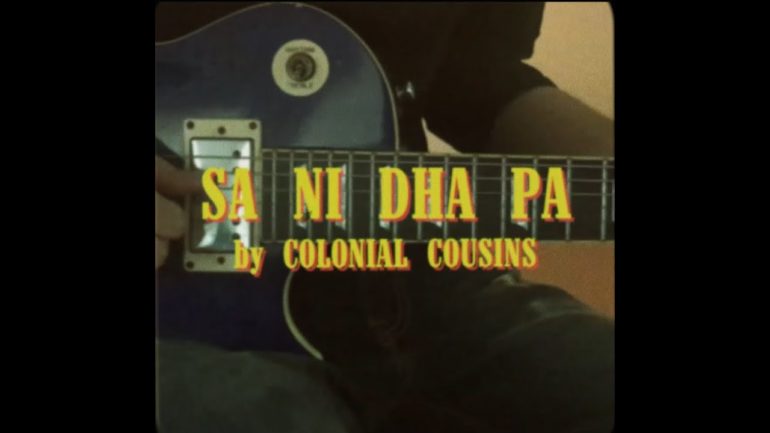 In October 1996, the self-titled debut album of Colonial Cousins blew up everywhere and dominated the charts. Among the multiple hits that the album garnered, the most popular ended up being ‘Sa Ni Dha Pa’, a funky and playful jingle. The song captured the innocence and simplicity of the late 90s in India and resonated with people of all walks of life.

Enamored by the idea of “bringing it back”, Horse Garden Productions pay tribute to the beloved classic with their cover of the song. The music production duo consists of Siddharth Talwar and Zain Calcuttawala, who are based in Mumbai.

Their love for the music that dominated MTV and Channel V in the mid-90s was the inception of their latest project, the hashtag #bringingitback, where they cover popular songs from the decade. They have taken the playful elements of the Colonial Cousins’ tune and have presented it with a modern pop-rock twist. The song features performances from various musicians; Raghav Meattle and Ankit Dayal on vocals, Ramon Ibrahim on horns, Adil Kurwa on bass, and Rohan Rajadhyaksha on keys. The cover has the same home made quality that makes your mother’s cooked food so special.

The group have managed to capture the energy and passion of the original without spoiling it. Aiding the throwback aesthetic is the music video attached to the song. The footage is shot in a 1:1 aspect ratio with a retro filter and comprises mostly of a bunch of guys in a bedroom having fun with the music.

Zain began his career as a gig programmer and later an independent music composer and engineer. Sid has been in the Mumbai music scene since 2011, playing guitar in bands such as Spud in the Box, Gumbal, In Memory Of, and many others. The duo, under the moniker, Horse Garden Productions have composed music for a variety of films, advertisements and mobile games.

Zain and Sid have kicked off their #bringitback series with an energy that can only go up from here. This idea of throwing it back to the 90s but filtering it through their quirky sensibilities can’t ever get old.