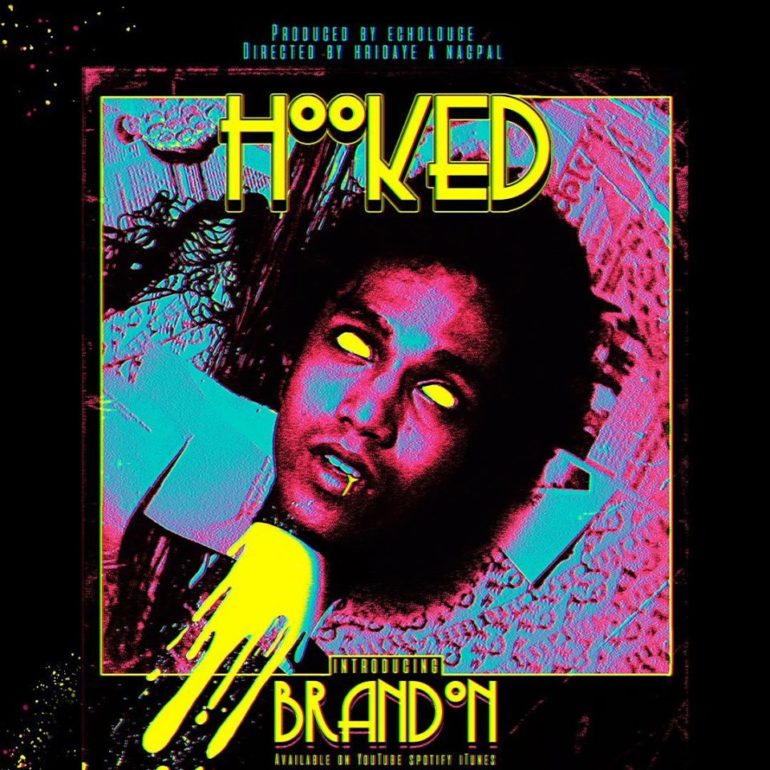 Sometime in 2017, rapper Brandon Ferreira first met producer Pruthu Parab of Echologue Studios, but it wasn’t in the familiar surroundings of Mumbai where they’d grown up. Ferreira says with a laugh, “We met in the mountains in this little village, when I didn’t have anyone to hang with, in this guesthouse. Pruthu happens to be from the same school as me – St. Stanislaus – only a couple of years senior. We just got along.”

Parab adds with an audible amount of chagrin, “We’re both really spoilt Bandra boys.” Ferreira, who was up until hanging with bassist-producer Yohann Coutinho (Smalltalk, and his own project KingRo) to start writing rhymes, calls Parab his first mentor. It was a new process over at the producer’s Echologue Studios as well, considering he was working mostly on commercial projects. Parab says, “What tended to happen was that Brandon would come around and say, ‘Hey, drop a beat bro’. It was a different process, because I wasn’t used to sitting with someone and making a beat”.

On a day just like one of those in the last two years, Ferreira came to the studio and began talking about his interest in a model named Rashmi Mann. The result was their debut song ‘Hooked’, which released earlier this week. The hazy, psychedelic hip-hop track is about as literal as it gets. Parab says, “He had this experience with her, which he basically wrote about in the song. He got a little too high and couldn’t handle the vibes he got from this girl and didn’t know what to do about it. I saw the vision of it and dropped a beat on it. It felt like a whole track unlike everything we’d done before”.

The video for the smooth and unwavering song has been directed by Parab’s longtime friend and former MTV India staffer Hridaye A. Nagpal. Parab and Nagpal and now have a new collaborative company called Soma, which released the ‘Hooked’ music video. Parab adds, “It started as a no-budget music video idea we should shoot on our phone but I think Hridaye was really committed to making a music video”.

While the visual narrative keeps pace with Ferreira’s nervy rhymes, it takes a NSFW turn soon enough. Parab says, “Hridaye was watching a bunch of videos from Brockhampton and Odd Future, so that kind of vibed. Brandon had just put me on to that music.”

For their part, Brandon x Echologue have an album of seven tracks that they are “slowly trying to complete.” Ferreira says his rap is influenced by his identity of growing up Catholic in Mumbai and dealing with the colonial hangover. He adds, “As Catholics, we don’t really like our Hindi shit, and our Marathi is kind of shit. We aren’t white, we aren’t black and we’re not from the States, but we’ve grown up on all this western music. It’s about talking about what I want to, without trying to fit into any box”.