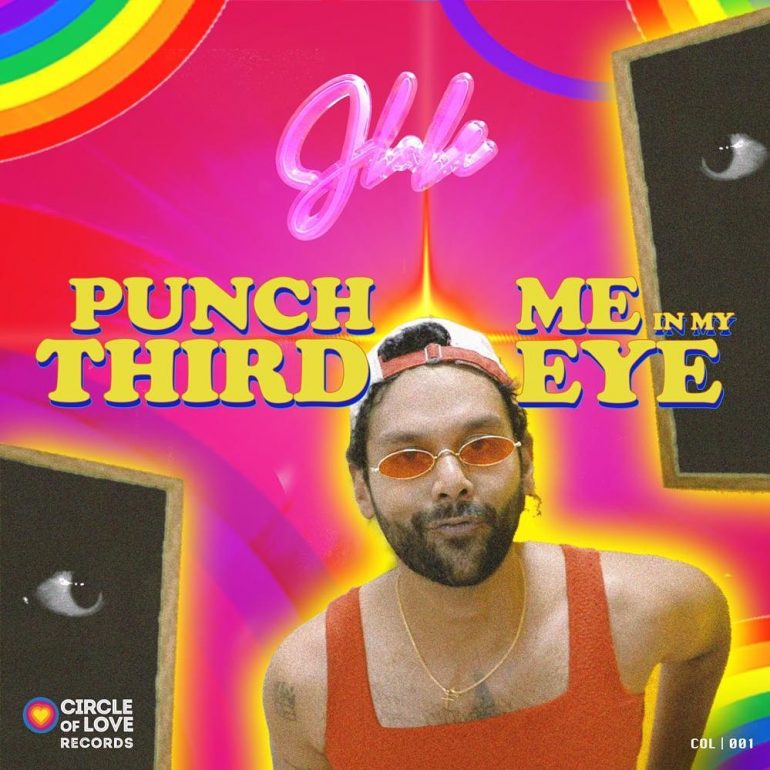 Watch: Punch Me In My Third Eye by JBABE

JBABE’s first release after his critically acclaimed, lo-fi, indie-pop debut album is a hard-to-ignore, punk-rock declaration. On this track, the F16s vocalist and guitarist has gone over to the heavier side, letting loose all his pent-up anger, and raging against the “bad vibrations”.

‘Punch Me In My Third Eye’ gives a glimpse of the chaos that lives inside Josh Fernandes’s head. The video, directed by Lendrick Kumar, stars Preeti Alex (who gets her head shaved at the hands of Josh for the purpose of the video) and Josh himself, who play the role of two people being forced into marriage. As the first meeting begins, the two are given some time to themselves to get to know each other, and that’s when all the internal screaming begins. The first verse goes, “I’m a queen. Oh look, I’m a goddess. / No you’re not, get back into your closet,” seemingly referring to the heteronormative codes of marriage.

They go on to drive each other crazy; Josh smashes a bottle on his head and smokes cigars over the chaos that ensues. His F16s bandmates Sashank Manohar and Harshan Radhakrishnan make guest appearances as Josh’s childhood friends, namely, Mr. Trauma and Mr. Lack of Common Sense. The track and the music video were released today via the newly minted independent label Circle of Love, with Tej Brar, the founder of Third Culture – the management agency JBABE is signed to – playing the role of Executive Producer.