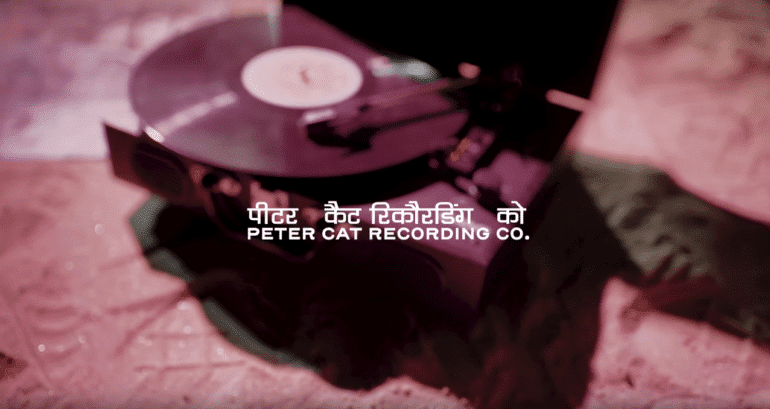 Idiosyncratic indie legends Peter Cat Recording Co surprised no one by dropping one of their most unusual music videos to date. The long running Delhi based band are known for reinventing their sound with every release and keeping their fans on their toes with every radical shift in their musical direction as well as frequent lineup changes. However, in many ways the underlying philosophy that Peter Cat Recording Co. stick to religiously is their rebellion against the status quo.

The song starts out as a general critique of corruption sung by frontman and vocalist Suryakant wearing a monkey mask, tied to a record player. Aesthetically, the song takes cues from the crooner and swing music from the 40s and 50s while adding some autotune to the vocals. The vocals and production are sparse and minimalistic. But as the video progresses, we see him immersed in endless dunes made of now useless currency. The intent of the song is clear when we see the infamous demonetisation speech by Modi play out on a television set before Suryakant burns down all the 1000 rupee notes on the set.

As far as rebellions go, ‘Where the Money Flows’ is nothing short of one of the boldest statements the band has made to date as they use it as a means to lash out against the Modi Government. Released only two days before the election day in New Delhi, the timing of the release could not have been more impeccable. The release of this single strategically coincides with Peter Cat’s vocal support of the AAP government and has come out ahead of the release of its brand new album, Bismillah out on June 7th, 2019.