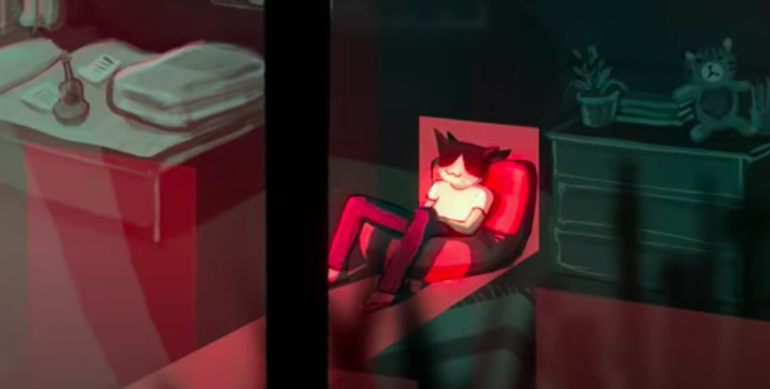 Watch: My Other Side by Taba Chake

Taba Chake unveiled his animated lyric video for ‘My Other Side’ on April 24. The drop marks the first anniversary of the release of his much-acclaimed album, Bombay Dreams. Made by Delhi-based visual artist Hariom Verma, the video features an anthropomorphic cat swathed in darkness, but always finding moments of light. Track 4 on the album, ‘My Other Side’ was written in 2016 while the singer-songwriter was going through a dark time of his own.

Right now, we’re all isolated inside four walls with minds running on overdrive. The video will make you feel seen and is a kind reminder to hang in there. Filled with tender vignettes and scenic illustrations, the aesthetic oozes wholesome melancholia. Verma’s whimsical animation juxtaposes the wistful lyrics to paint loneliness into a comforting and beautiful package.

Chake is a trilingual finger-style guitarist from Arunachal Pradesh. Like Bombay Dreams, his 2016 debut EP Bond With Nature featured tracks in his native language of Nyishi. Much of his music centres around nature and is a medley of his acoustic, pop, jazz, and folk sensibilities.

In March, he was chosen as one of 36 artists for Spotify’s Radar, a global program promoting emerging artists. The indie darling was one of three acts from India who made the cut.