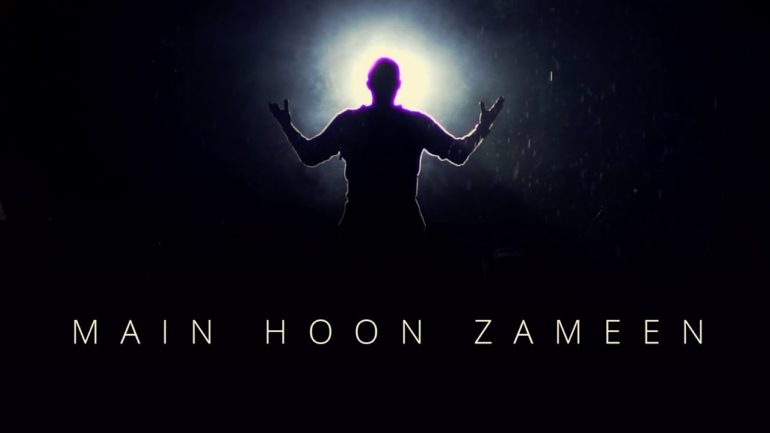 Since the release of their 2017 album Excuse Me, there’s been tons of levelling up in the Anand Bhaskar Collective camp. The Hindi alternative rock band – with fusion influences – changed its lineup but also reached out for bigger stages, more festivals and fans. Along the way, the collective’s eponymous frontman was also picking up more work for film, TV and ads.

This is all relevant to mention now that the band has released its first studio effort in nearly three years, ‘Main Hoon Zameen’. With it, it clearly aims for the go-big-or-go-home level of production, involving roomy riffs and a soaring guitar solo, plus expected yet distinctive segues into violin and string sections and an arena-rock level chorus to tie it all together. Featuring lyrics by ad filmmaker Anand Karir (making it the first song featuring words by someone outside the band), the music video for ‘Main Hoon Zameen’ sees the lyricist at the helm as director and co-concept writer.

It aims to tell a powerful story about self-belief, conviction and freedom, Bhaskar mentions in a statement, “The song talks about being able to choose your identity for yourself and therefore doing your best to better your surroundings with who you are. It doesn’t matter who you want to be as long as the choice is yours. For instance, you can be ‘zameen’ and you can also be ‘aasmaan’.”

The song’s message and delivery are heightened along with its music video, featuring three “heroes” who are mobilizing social change at different levels in Mumbai and Maharashtra and they’re in it not for accolades or recognition. The video intersperses shots of the band’s performance with the story of educator Ramesh Raut from a non-profit called Prayas, who provide free food and education to about 450 children on a daily basis, environmental activist George Remedios (who uses biodegradable waste to help nurture “urban food forests”) and animal change-bringer Reshma Shelatkar (who feeds nearly 300 animals three times a day).