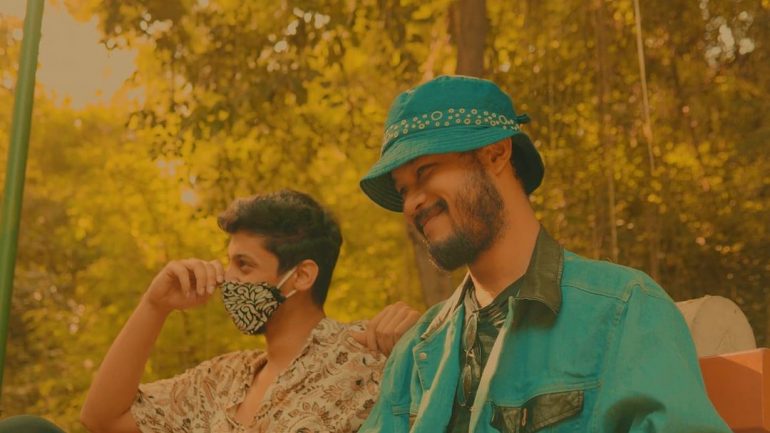 Although they’ve thrived in (mostly) separate styles of hip-hop for the last few years, New Delhi hip-hop artist Armaan Yadav and Goa/Bengaluru-based Lojal aka Martin Haokip have been running parallel with their music. More so, they’ve been friends from before and the camaraderie comes through on their new song ‘Hot Shi*’.

Over an ominous beat produced by Atlanta-based beatsmith Chxse Bank, the pair trade stories of their come-up, in a tone that’s half bragging and half mutual admiration. Lojal oscillates between deadpan and charged up, sometimes rapping stoically and other times inflecting soulful melodies, making his flow dexterously unguessable. If it’s been a while since we’ve heard Lojal lord over a track, ‘Hot Shi*’ gives us exactly that, with Yadav graciously leaving more room for his friend.

On his short verse, Yadav is quick, nostalgic and a tad melodramatic, showing off a hint of Eminem but keeping the bars fist-tight. With the video directed by Yadav’s go-to filmmaker Galat Scenes, there are sepia-toned frames as it closes in on two rappers having their fun while examining the journey so far.

Over on Instagram, Yadav noted that ‘Hot Shi*’ signified a new beginning in his story, which is referred to in the lyrics. He said, “I finally built my studio, recorded my first track in there (yay!) and it happened to be a really special one, because it’s a track with Lojal, who is a good friend and above all an extremely talented artist that I’ve been following since maybe 2015/2016 and my days in Bangalore.”

As it turns out, Lojal and Yadav are nowhere close to calling this a one-off collaboration between friends. Yadav added separately in a post, “The two weeks he spent here were full of music and magic and we wrote tons– some of which you’ll hear in the future.”