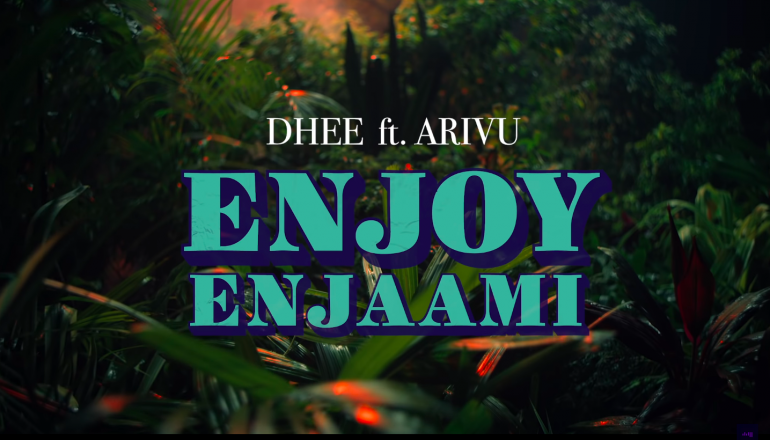 Around a month prior, AR Rahman presided over the announcement of a new platform, specifically tailored towards South Indian independent talent, not limited to the country itself. The video featured co-signs from all around, like M.I.A and rap duo Cartel Madras, along with homegrown artists like Siennor, Oorka and The Casteless Collective. The platform, Maajja, was aimed at curating hi-fidelity visual content on a regular basis from a variety of acts, culminating in a festival known as YAALL.

The debut drop from Maajja features The Casteless Collective’s Arivu and singer Dhee over a track produced by renowned music director Santosh Narayanan. ‘Enjoy Enjaami’ employs Afro-Caribbean musical motifs in a groove-laden emotional homage to the displaced and the landless, of being a servant of the earth while never truly inheriting it.

The vocals, especially Arivu’s, are done in the style of an Oppari, part-eulogy, part-lament, with references made to the rapper’s heritage as he tells the story of his grandmother Valliammal, a descendant of Tamil migrants, working labour-intensive jobs in plantations. Arivu is no stranger to political commentary, a bulk of his previous work contributed towards the aforementioned Casteless Collective.

The song’s video, directed by Amith Krishnan, carries forth the aural cues mentioned earlier. It places Dhee and Arivu as resplendent figures of royalty against a variety of backdrops, supported by a series of backup dancers. The visuals are stunning all around, laden with plenty of rich symbolism and imagery as the main characters move from forests to fields and back. The video also features Valliammal towards the end, flanked by the duo and other members of the clan as the true queen.

For what feels like a long time coming, Tamil music seems to have begun to make the trudge away from vacuous songs masquerading as entertainment and towards message-driven art, albeit with the same visual adventurousness.