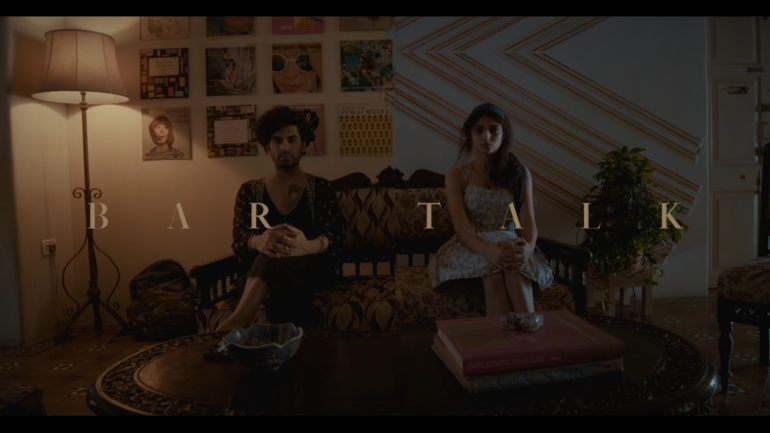 Mumbai singer-songwriter Raghav Meattle has released a new music video for his song ‘Bar Talk’ from his 2018 album Songs From A Matchbox.

The video shot during quarantine by Debashish Remy Dalai and directed by Aneesh Malankar focuses on the ups and downs of bittersweet relationships. The team behind the project maintains that this video is an effort to normalise the depictions of same-sex couples in visual media and tell their stories without sensationalism.

The video features the cast (Sushant Divgikr, Eric Matthew Knowles, Ridhisha Balani and Franaita Jijina) perform an interpretive dance routine depicting moments from their lives which showcase the importance of inclusivity and acceptance in love.

Raghav pointed out the beauty of collaborations between different artists from diverse fields, and how art created by one individual can be interpreted in multiple ways by others. Risheeta Agarwal, the video’s creative director, says, “The feeling of working with a team motivated by nothing but pure passion reminds you of why you wanted to become a filmmaker in the first place.”

The songwriter who is known for his heartfelt writing and minimalistic production has been making waves in the independent circuit for a few years now. Every project by the singer-songwriter delivers a unique narrative, and this video is no different. “I believe this is my best video yet!” states Raghav.