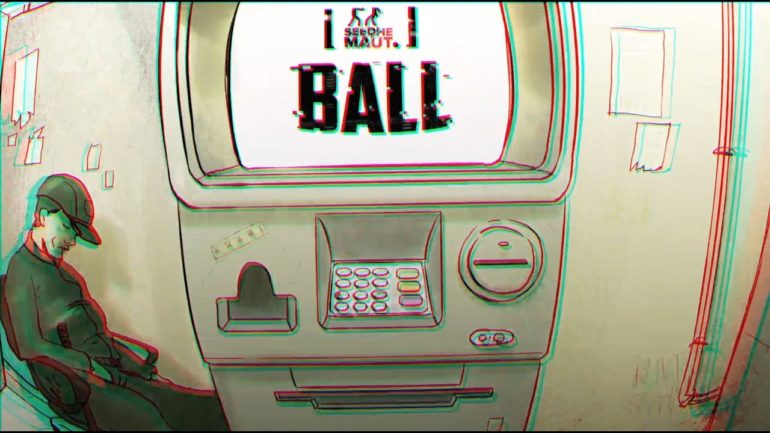 This is Seedhe Maut’s third in 2020 following ‘MMM’ and ‘Yaad’ and is a strong indicator of a possible full-length release planned for this year.

Seedhe Maut don’t shy from relishing their success and talking about the lifestyle upgrade following their arrival in the rap circuit. The animated music video sees the protagonist withdrawing money from an ATM and spending it on travel, skydiving and expensive clubs. Next morning is about waking up with a hangover before visiting the ATM again and repeating the cycle.

It’s difficult to rap about wealth and success without sounding obnoxious in 2020, but Seedhe Maut does it tastefully by keeping things grounded. One such grounded story in the track is about how their landlord doesn’t pester them for rent since they’ve started minting money through their art.

Saha created a similar, gif-able music video for the duo when they collaborated on their 2019 single ‘101’. The partnership seems to be going strong here as well and the style may soon be replicated by other artists given the rise of Resso, a music streaming app by TikTok’s parent company Bytedance, which encourages users to upload a gif or a video to the track they are listening to.