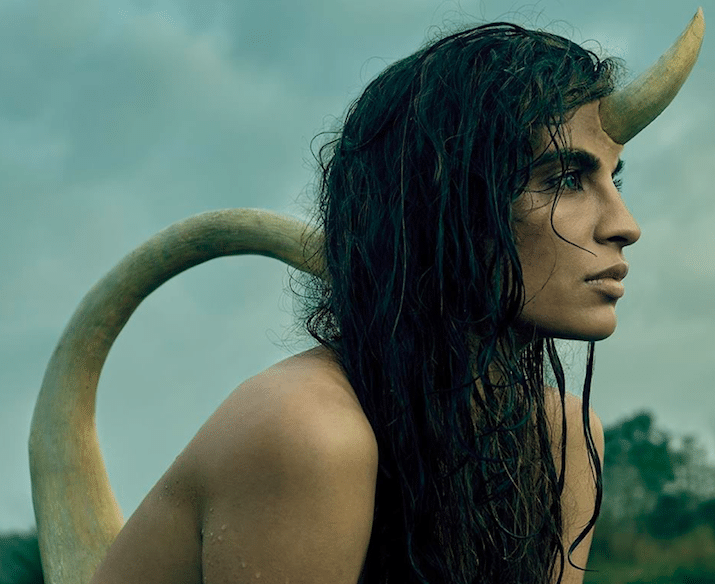 Anushka Manchanda under her new alias Nuka, has released her first song and accompanying music video titled ‘Don’t Be Afraid’.

A stunning piece of expression, the concept of the video of ‘Don’t Be Afraid’ can be interpreted in various ways, including a parallel with parts of Sita’s story in Ramayan.

Perhaps a patriarchal society plays an unknown part in the protagonist, Nuka’s life; therefore, we see many men, of different generations around her funeral pyre and related rituals. Nuka is almost the sole female presence in the video, with few women present merely as passive onlookers.

What stands out brilliantly is the fact that nudity is not used as an instrument to sensationalise the viewing experience; it is an important part of the narrative.

After the funeral rites, Nuka emerges as part of nature as she is seen emerging in water. Later, she becomes one with nature which is reminiscent of Sita wanting to merge back into the earth after being left frustrated by a misogynist society.

There is a psychedelic and haunting feel to the track that is achieved through significant experiment (the synth is very subtle) with the sound. However, it is the video that elevates the music considerably.

Manchanda released a photo story earlier titled ‘Mute’ under her alias Nuka, which was ‘designed out of the desire to connect more with nature and the other beings that we share the earth with’. In ‘Don’t Be Afraid’ as well, nature is an integral part and almost the accompanying second-lead. The obvious prominent hues in the visuals are shades of blues and reds, the primary colours of nature.

Manchanda proves, yet again, that she is one of the most courageous and ambitious artists in the country. In what can be interpreted as a cry against an androcentric society, Nuka emerges as a powerful feminine force in the after-life.