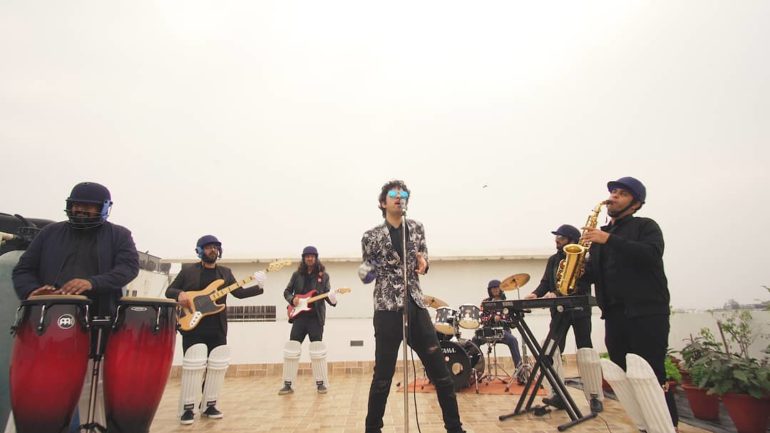 Watch: A funky ode to Sir Dravid by The Revisit Project

Rahul Dravid is a beloved legend, and yet it could be argued that he is somewhat under-appreciated. New Delhi-based band the Revisit Project puts a groove on this subject in their latest track ‘Sir Dravid’.

Off their upcoming album Brown Man’s Funk, the band hails “the impact Rahul Dravid has had on not just cricket but the entire modern history of Brown people” as “unfathomable”.

Shot by Steve Peter at Subcritical Productions, the Revisit Project stays true to form and is seen in yet another goofy getup, this time donning cricket equipment, but that is not the only interesting thing. The otherwise instrumental band, which has Abhay Sharma on the saxophone as the lead, ropes in Chetan Awasthi a.k.a Chezin on vocals. The ode to Dravid is delivered fantastically by Chezin whose relaxed and groovy vibe elevates the song.

Talking about it, Abhay adds, “A tribute to the most underrated cricketer of his generation, ‘Sir Dravid’ features our favourite singer-songwriter from the city, Chezin. We have a lot planned for 2019 with respect to Chezin and other vocalists coming onboard to sing our songs. For now, Chezin has also sung the last track of the album titled ‘Making a move”.