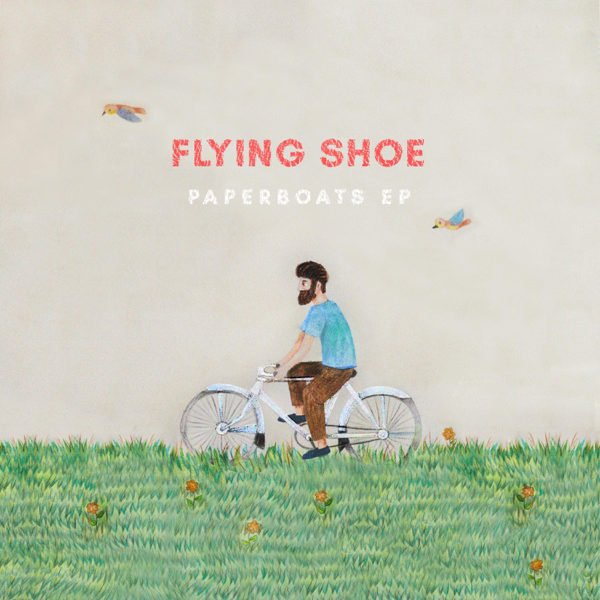 It’s often said pleasant art is the easiest to pull off, considering the average human’s primal urge to seek joy. Which is probably why it’s exponentially difficult to deliver your melancholy, breaking that very impervious barrier. Flying Shoe’s ‘Paperboats’, an aching ode to the oft inevitable separation, isn’t overzealous, in that regard.

The song endeavours to keep the acoustics simple, and let its lyrical landscape flourish. The composition’s bluesy influences also extend to the music video’s visual grammar, resplendent with supple hues of blues. The melancholy in vocalist Omkar Potdar’s rendition is organic and relatable. The relatability extends to the tone of the video, representing the all-too-familiar moments following the dawn of an erstwhile prospering relationship.

Frontman Potdar also performs in the video, portraying the loneliness of separation convincingly. Shot and directed by Niteesh Jangid, the video produces a story the song had been wanting to narrate. The days spent reminiscing the jollier days of yore, being consumed by associated memorabilia, find a striking representation in the song. The sombre mood adds to the sentimental charm of it. The orchestration is simple and adequate, with Karun Kannampilly on percussions, Yohaan Pissurlenker on bass, Jishnu Guha on lead guitars and Rohan Rajadhyaksha on keys doing the honours.

Maybe it’s more convenient to seek pleasant art, but ‘Paperboats’ is the perfect retreat for the times when we seek respite in the art that’s redolent of our own bittersweet pasts.