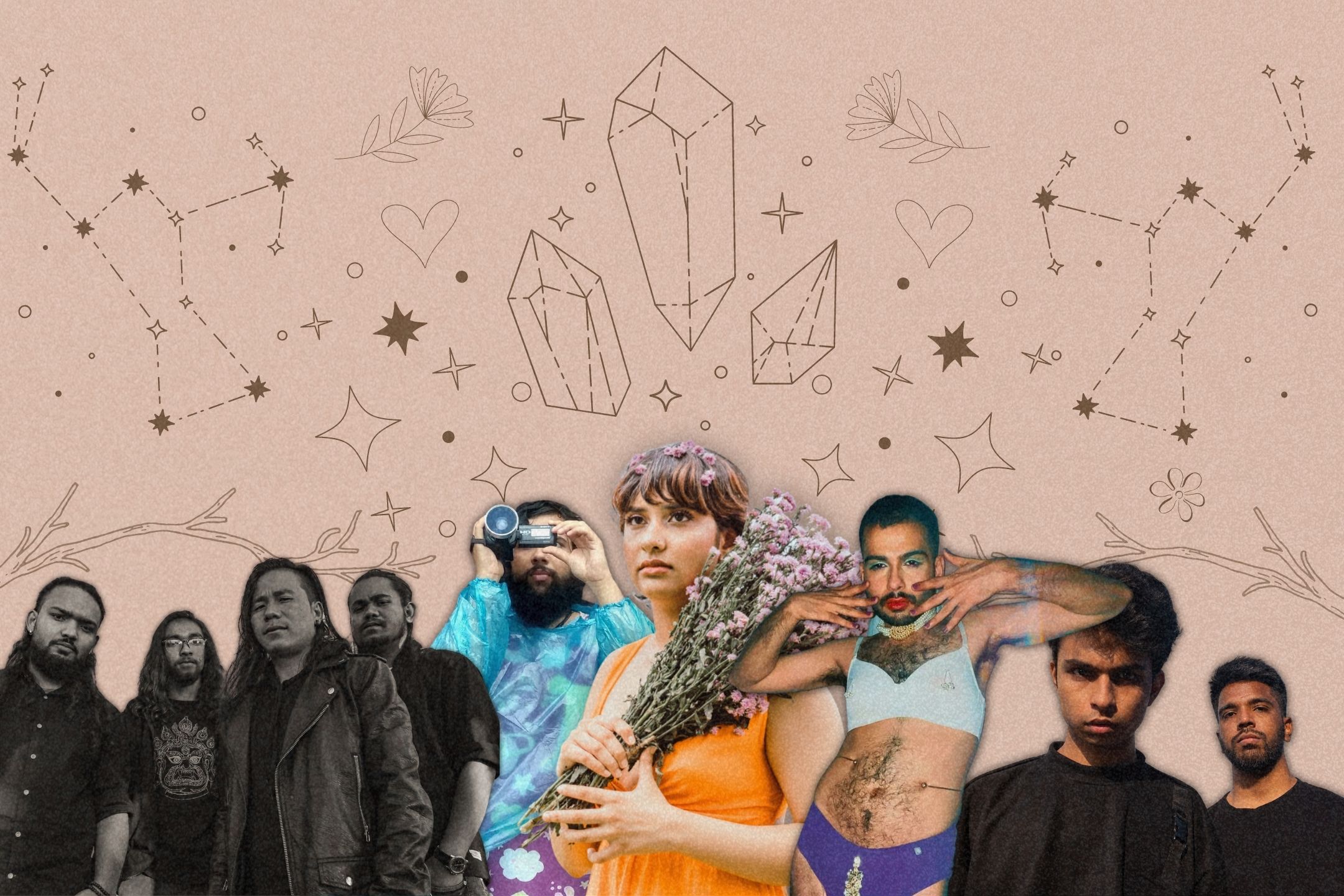 Ananya Sharma, Siddhant, Disco Puppet and more bring on some of the best music videos in May.

Reflections and reflecting are at the core of singer-songwriter Ananya Sharma’s quiet but confident new song ‘Who I Love’, which features seasoned guitarist Sanjay Divecha. Through the self-directed music video, there’s a statement Sharma makes about her understanding of romantic love. The ornate fashion and design choices, plus evocative yet minimal lighting settings, make us understand Sharma’s message better.

Rajasthan-bred, New Delhi-based singer-songwriter Siddhant is all kinds of glorious in his music video for the single ‘Aeb,’ produced by Faichan, also from the capital. The member of music collective J Block, Siddhant takes on a kalam by Baba Bulleh Shah and celebrates the beauty of all things unpredictable and unpromised, showcasing queer intimacy through multiple frames and a photobooth like setting.

Bengaluru-based producer, singer and multi-instrumentalist Disco Puppet has arguably crafted the album of the year with Love and Everything Depressing, but the world is yet to fully acknowledge it. Meanwhile, the artist has gone on to direct and animate a trippy music video for the lead single ‘Speak Low’. Swimming creatures and an animation style that strikes intrigue with its use of silhouettes, there’s a story open to multiple interpretations on this video.

The world definitely needs more crushing tech-death metal but more so one with messages which bolster resolve and encourage fighting the good fight. Darjeeling metallers Obliterating Vortex team up with filmmaker Topax Bro for a darkly intense look at mental health struggles on ‘Unconquered War’, their winding rhythmic patterns and blistering leads often reflecting the depleted, shredded inner mind of their protagonist.

The Siege’s opening track off his latest EP Salim fires on all cylinders. Vedang brings his signature desi sampling style as well as head-bobbing guitar and basslines, while the rapper himself draws from the storyline of Slumdog Millionaire and its secondary character Salim (the lead character Jamal’s best friend). Then, the duo lift the curtain on a hidden gem like rapper Started Off Poor, who doesn’t waste a single second of his time on the mic. All this energy and lyrical firepower is translated brilliantly by filmmaker Meghan Katti in the music video.